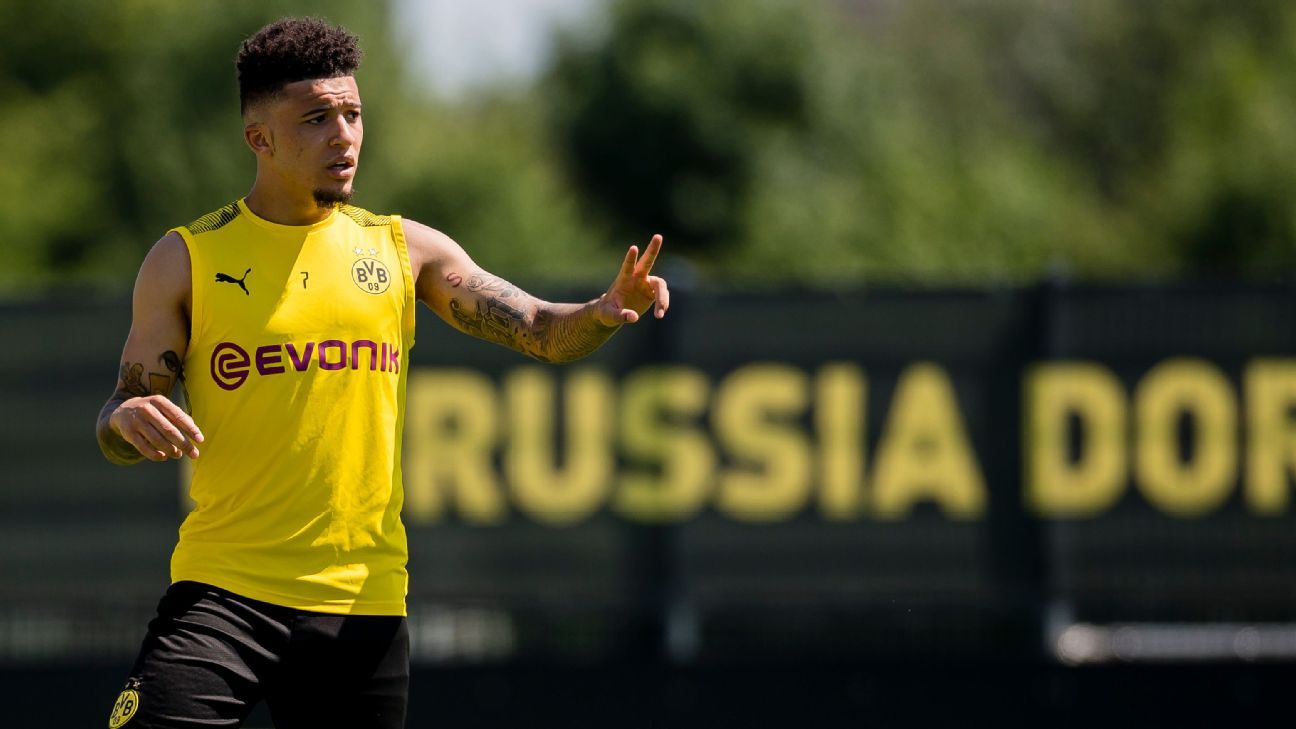 Manchester United have not given up hope of landing Jadon Sancho but are growing frustrated by Borussia Dortmund‘s conduct during negotiations, sources have told ESPN.

United remain determined to sign Sancho this summer, despite comments made by Dortmund sporting director Michael Zorc on Monday claiming the deal is dead.

Club bosses, including executive vice-chairman Ed Woodward and chief negotiator Matt Judge, are becoming increasingly disgruntled at the slow speed of the negotiations and Dortmund’s demands, including having to work through third party agent Marco Lichtsteiner.

Dortmund value Sancho at €120 million but United believe the price tag is unrealistic in a market affected by the coronavirus pandemic. There is also concern at Old Trafford at the agent fees being quoted and the wage demands being made by Sancho’s representatives.

On Monday — the deadline imposed by Dortmund for an agreement to be reached — Sancho travelled with the Bundesliga side for their preseason training camp in Switzerland.

Zorc said later that the decision to keep Sancho this summer “is final” before revealing Dortmund have exercised an option in the 20-year-old’s contract which ties him to the club until 2023.

“We plan on having Jadon Sancho in our team this season, the decision is final,” Zorc said. “I think that answers all our questions. Last summer we adjusted Jadon’s salary to match the development of his performances. So in context, we had already extended his contract until 2023 back then.”

Ronaldo breaks more records in Portugal’s win over Hungary, but will the goals continue to come against sterner opposition?
Lionel Messi, Argentina join Brazil as favourites at controversial event
How the internet reacted and where it ranks
Manchester United unwilling to meet Kieran Trippier, Raphael Varane asking prices
Christian Eriksen’s collapse at Euro 2020 a reminder of the fragility of life