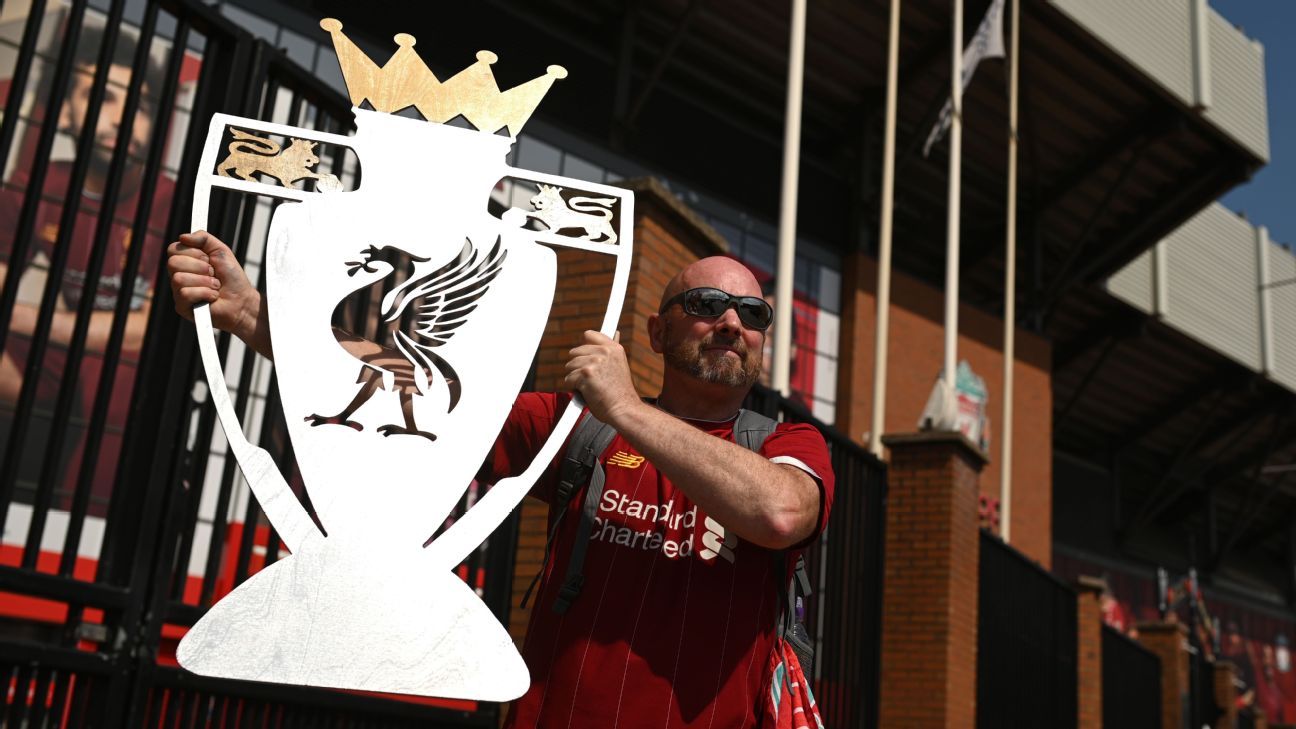 
While the mere thought of Liverpool winning a Premier League title was enough to send shivers down the spine of most Manchester United supporters, at least one Red Devils fan had reason to celebrate.

United fan Tony Ward, 55, had been on tenterhooks since March after betting his entire £55,000 ($69,400) inheritance on his club’s bitter rivals ending their 30-year wait for a league championship.

Ward placed the bet back in October after deciding to stake all of the money he received following the death of his mother on Liverpool to win the title, at odds of 4/6.

While the Premier League season was postponed for several months due to the coronavirus outbreak, the United fan was forced to wait even longer before finally claiming his £91,000 ($115,000) winnings.

“Liverpool were always looking like they could win the title,” he told The Sun. “I picked them after a long, long debate.

Ward plans to spend part of his haul on a big family holiday when it is safe to do so again, placing the remainder in the bank for a rainy day. Very shrewd.

Real Madrid forward Gareth Bale has got used to life on the bench and seems happy to enjoy a bit of a shut-eye while his teammates are busy playing.

Madrid have edged ahead of major rivals Barcelona at the top of La Liga since football in Spain resumed, but they have done so with Bale playing a peripheral role.

Bale appeared to make light of his situation during Friday’s 2-0 win over Alaves by, at one point, pulling his face mask up over his eyes and acting like he was catching some Z’s in the Bernabeu seats.

Bale has made just two appearances for Madrid in their eight matches since the restart, both as a substitute, and he was once again consigned to sit and watch as coach Zinedine Zidane used all five of his allotted changes without the Welshman being one of them.

In an effort to aid the fight against the coronavirus, Moore gained global fame after he pledged to raise funds by walking 100 laps around his garden at home in Bedfordshire before his 100th birthday on April 30. He did just that and raised more than £32 million for the NHS, capturing the hearts of a nation and a knighthood from Queen Elizabeth II in the process.

Moore has also been bestowed with the accolade of becoming the first member of The FA Lionhearts, with Beckham able to complete the induction face-to-face.

The Lionhearts initiative will pay homage to 23 inspirational individuals who have gone above and beyond during this challenging time for the UK.

“It was such an honour to meet Captain Sir Tom, and to thank him on behalf of The FA for his incredible fundraising achievement to support our NHS,” Beckham said.

“He really is a national hero and I can’t think of anyone more deserving to captain the Lionhearts squad.”