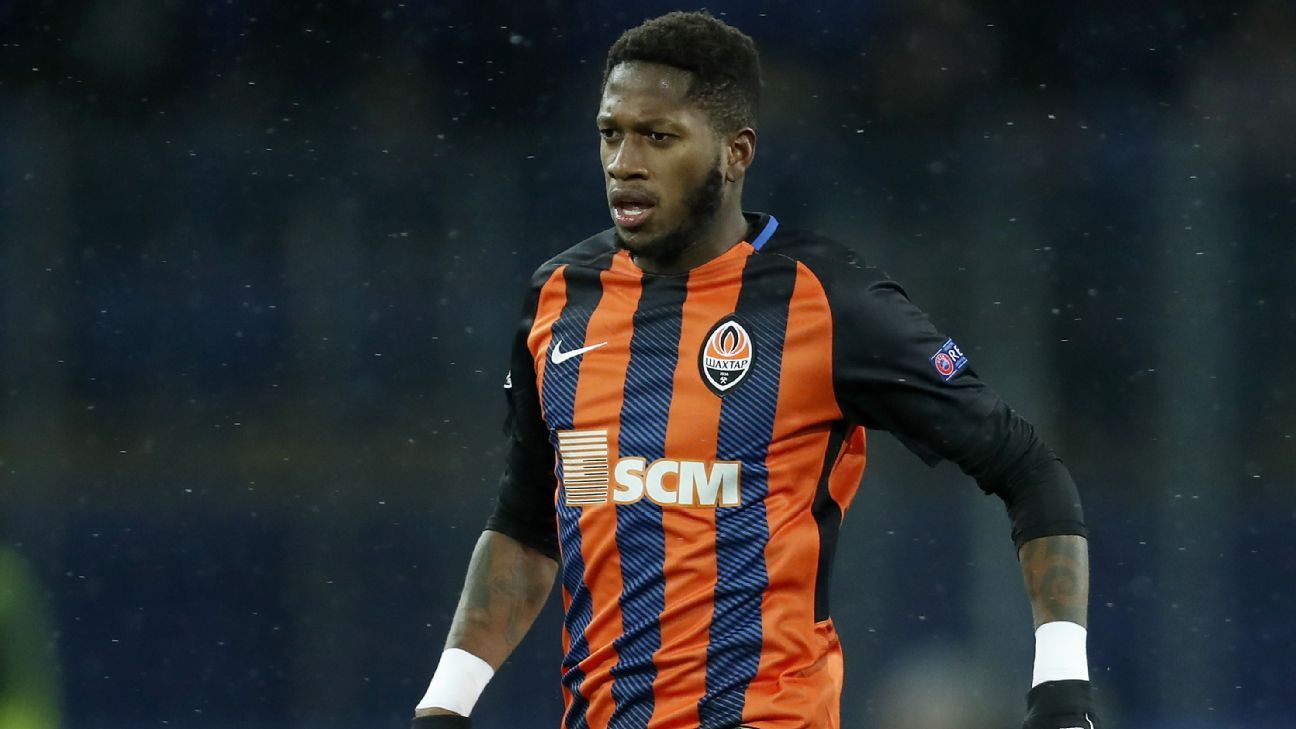 
Manchester United are eyeing a deal for midfielder Fred if they can reach agreement with Shakhtar Donetsk, sources have told ESPN FC.

Manager Jose Mourinho is looking to bolster his midfield after Michael Carrick’s retirement, with 25-year-old Fred, who will be part of Brazil’s World Cup squad, one of the names on his list.

Sources have told ESPN FC that Tottenham are willing to listen to offers for Alderweireld, with the Belgium international so far refusing to sign a new contract.

Willian’s situation at Chelsea is more complicated, and sources have told ESPN FC the winger would be open to a move to Old Trafford — but Chelsea do not want to lose another player to United after criticism following the sale of Nemanja Matic.

The highly-rated midfielder, 17, was part of the U18 team that won the Northern Premier League title this season.

“It’s what I’ve been working for since the U8s and U9s,” Garner told the United website.

“I’m proud for myself and for my family but I think it’s only the start. My mum, dad, grandad and auntie have all come along and it’s just a proud moment.”

Long-time assistant Rui Faria has left Old Trafford, ending his 18-year association with Mourinho to spend more time with his family before embarking on a career in management.

Carrick, who has retired after a 19-year playing career, has already joined the staff and was on the bench for the FA Cup final defeat to Chelsea.

Sources have told ESPN FC that academy coach Kieran McKenna is set to make the step up to the first team after success with the U18s.

Rapetti, 41, who worked under Mourinho at Inter Milan, is also set to come in to round off a trio of new arrivals.

Silvino Louro, Ricardo Formosinho, Carlos Lalin, Emilio Alvarez and Giovanni Cerra, who arrived with Mourinho in 2016, will all stay at the club.