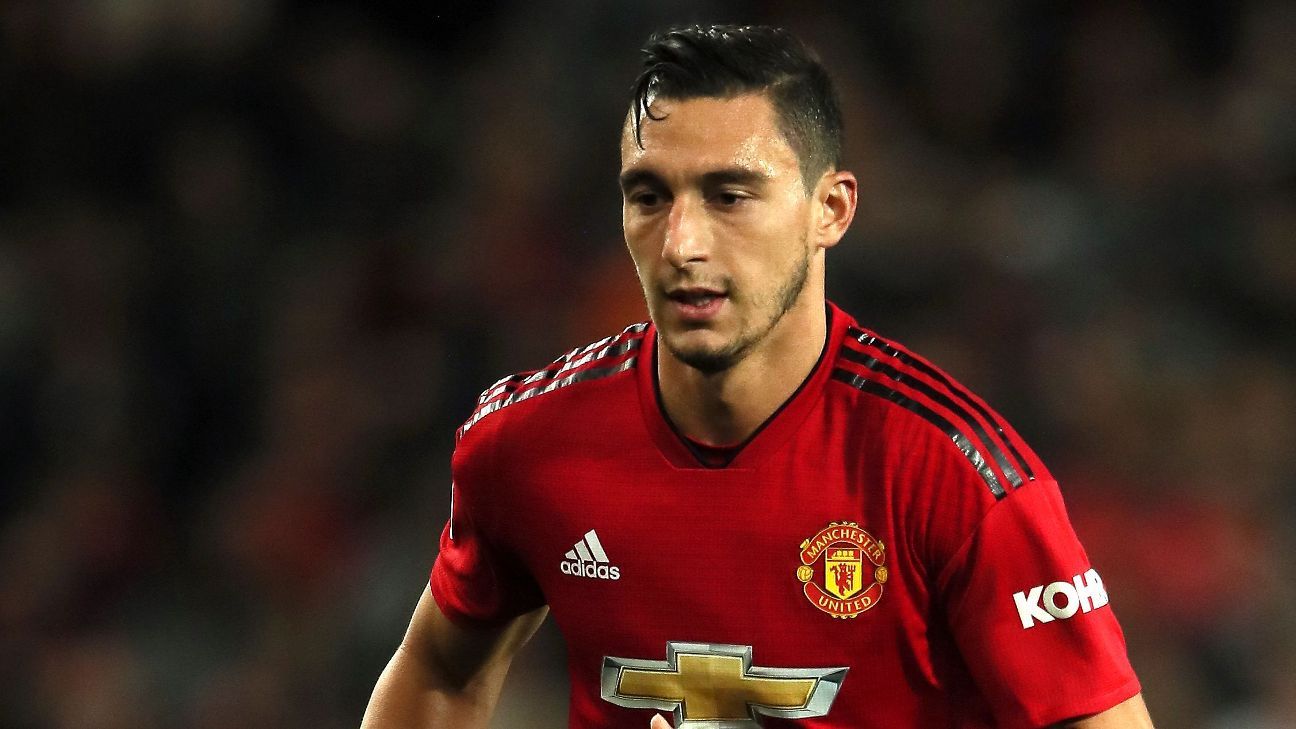 
Manchester United have extended Matteo Darmian’s contract amid interest from Juventus in the Italian defender, sources have told ESPN FC.

Darmian’s deal was due to expire at the end of the season but United have triggered a one-year option that will end in 2020. It ensures the 29-year-old will not be allowed to leave Old Trafford on a free transfer in the summer.

Juventus are keen to sign Darmian on loan in January ahead of a proposed permanent deal at the end of the season.

With Chris Smalling and Marcos Rojo sidelined with injury, caretaker manager Ole Gunnar Solskjaer is reluctant to let Darmian leave midway through the season, although the Italy international has made it clear he would welcome a return to Serie A three and a half years after arriving in England from Torino.

Should Darmian depart, United could look to recall Timothy Fosu-Mensah from his loan spell at Fulham. The Dutchman has made nine appearances this season, but has been told by new manager Claudio Ranieri he is not in his plans.

Darmian has made 91 appearances for United, scoring once. He was left out of Solskjaer’s squad for the 2-1 win over Brighton but was called up to the bench after Luke Shaw was ruled out due to illness during the warm up. He has been limited to just four league starts this season.

Barcelona, Real Madrid want to prevent other Spanish clubs’ growth
Tottenham’s new kit more proof that third jersey designs are wilder than ever in 2021-22
Man United’s Lingard returns to West Ham ready to prove himself to Solskjaer & Co. all over again
Ronaldo bumped out of top two, Messi still No. 1
New England still on top as Nashville stumbles and Atlanta continues to climb