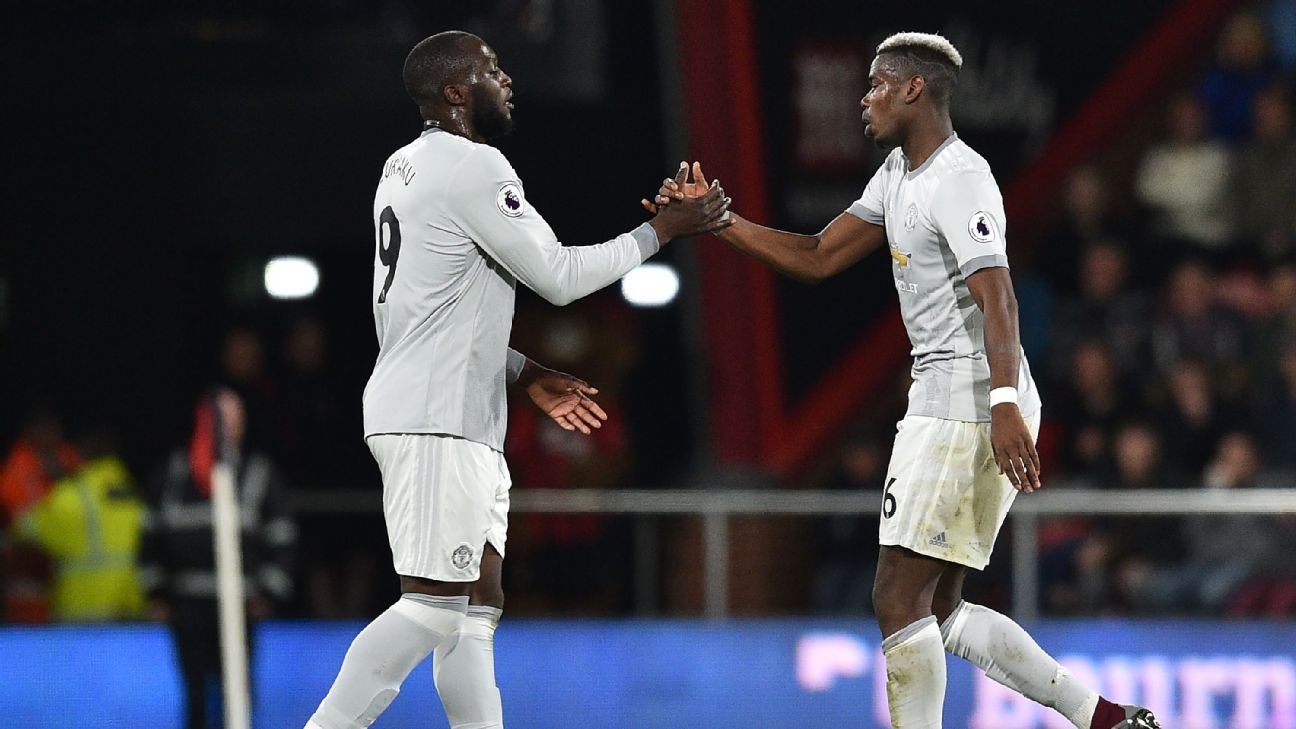 
In winning 2-0 away at Bournemouth, Manchester United produced a performance almost unrecognisable from their home loss against West Bromwich Albion. Here was a showing rich in speed and ruthlessness, both of which qualities were bafflingly absent just days ago at Old Trafford, and which sets United up well for their FA Cup semifinal against Tottenham Hotspur.

Paul Pogba and Ander Herrera dictated play, as one would expect them to at their best, whilst Anthony Martial and Marcus Rashford were often elusive in attack. Phil Jones was also busily effective.

Matteo Darmian, though his positioning was conservative, was occasionally exposed on his flank. Luke Shaw, returning to the side, looked understandably rusty on occasion.

8 — Jose Mourinho fielded a starting front three of Jesse Lingard, Martial and Rashford, which had far too much wit for Bournemouth. Their chemistry and creativity in the final third laid much of the foundation for United’s comfortable win.

GK David De Gea, 7— Had to be alert given the makeshift nature of his back four but the home side offered him a limited threat, and he dealt comfortably with it.

DF Matteo Darmian, 6 — Was caught out of place on the rare occasions when he pushed forward, and struggled against the skilful winger on his flank. Passing was accurate if unambitious.

DF Chris Smalling, 7 — A curious game in which his movement and decisiveness in attack were a little better than it was in defence. Scored the opener with a very smart run into the box and, though his positioning was sometimes lacking, his passing from the back was generally very good.

DF Phil Jones, 7 — Got the job done, though inelegantly at times — which was excusable, given the speed and guile of Bournemouth’s attack in the first half. Often found himself as the sweeper, cleaning up after his teammates had been caught higher up the field.

DF Luke Shaw, 6 — An uneven performance, where he added a measure of pace and dynamism when going forward but was very fortunate not to concede a penalty. Will seemingly need to do more to convince Mourinho.

MF Marouane Fellaini, 7 — Not as nimble as his teammates in the midfield and final third, but showed some confident touches and helped control his area of the field with quietly competent passing.

MF Ander Herrera, 9 — Was the pick of a poor bunch against West Bromwich Albion and was perhaps the key player here. Combative in the tackle, confident and progressive with his passing, he surged forward with purpose and intelligence throughout. Also played a ball into the inside-right channel for United’s opener of which David Silva would have been proud.

MF Paul Pogba, 9 — On nights like this it is a wonder he ever has difficulty in a United shirt. His passing was excellent in both accuracy and range, he floated effortlessly free of opposing challenges and produced a sumptuous run and assist for United’s second goal.

FW Jesse Lingard, 7 — Added great pace on the right flank, which when combined with his clever runs was devastating. Provided the pass for United’s opener and was a model of intensity, either in attack or defence, throughout the game.

FW Anthony Martial, 7 — If he were a boxer, his nickname would be Marvellous Martial. When he was set free to roam, Bournemouth could not contend with him. Instrumental in United’s second goal and always seemed to have an extra gear.

FW Marcus Rashford, 7 — Skilful, canny and tenacious, he looked as comfortable out wide as he does leading the line, and was crucial to United’s assertion of dominance as the first half progressed.

FW Romelu Lukaku, 8 (for Lingard, 62 mins) — Intelligent run and elegant close-range finish for United’s clinching goal — the summary of what he can do when United play to his strengths. Seems to enjoy playing Bournemouth, as he scored four in one game against them for Everton last season.

MF Nemanja Matic, 7 (for Herrera, 70) — Helped to close out the game with typical composure.

DF Daley Blind, n/a (for Pogba, 80) — Something of a forgotten man at Old Trafford, was out of rhythm due to lack of match practice, as shown with a late miskick.