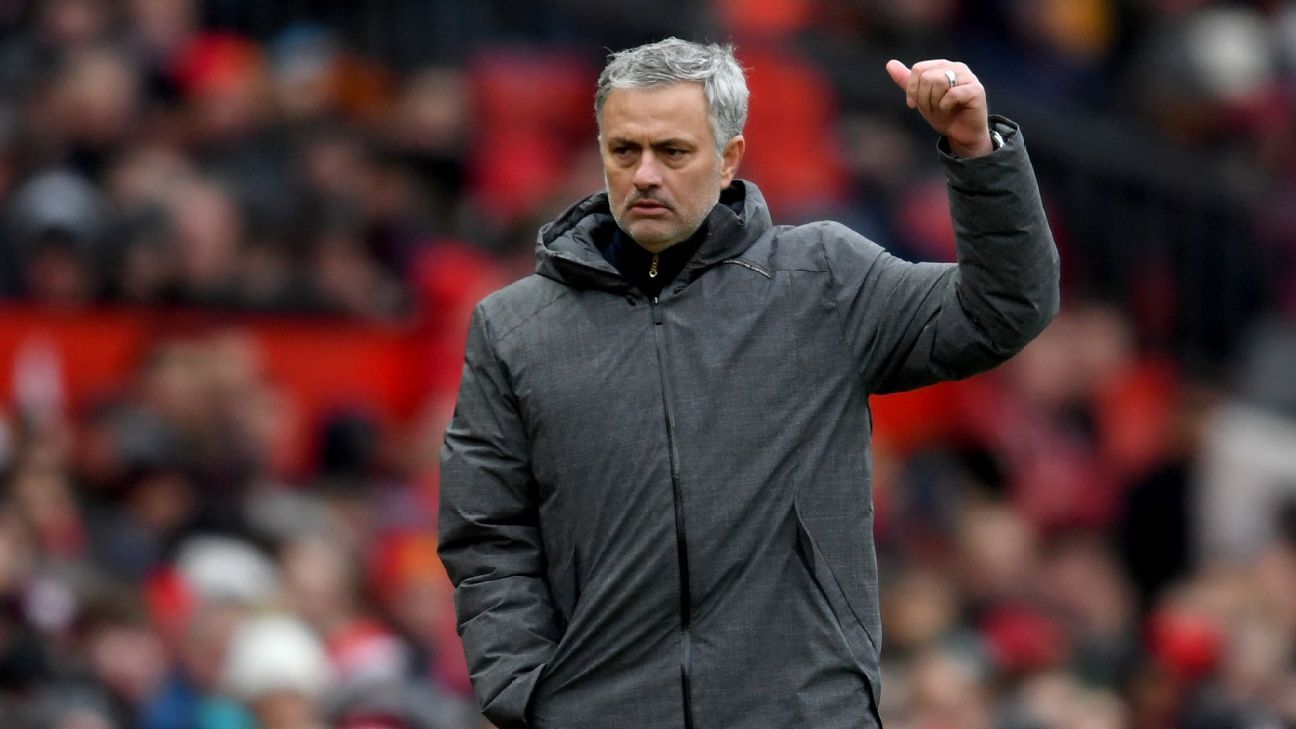 
Manchester United’s season is beginning to drift. There is still a chance to end it with a trophy if they can win their next two games in the FA Cup, but being out of the Premier League title race and out of Europe is not what Mourinho was hoping for when the campaign kicked off in August.

Since the demoralising defeat to Sevilla in the Champions League, Mourinho has, though, been keen to point out their progress. There was the 12-minute speech during a news conference last month, and in his programme notes ahead of Swansea’s visit to Old Trafford on Saturday, there was a similar theme.

The positives, he says, far outweigh the negatives. And even though the season will not end with either of the two big trophies he wants, the Premier League or the Champions League, ultimately he is right to be upbeat.

Man United have improved in the league

Mourinho is clearly annoyed at the plaudits handed out to Liverpool and Tottenham, in particular, despite both trailing United in the table. The expectation at Old Trafford was heightened last summer partly because of what Mourinho achieved in his second seasons at Porto, Inter, Real Madrid and Chelsea twice.

Still, there is no getting away from the fact that United, who have eight more points than at the same stage last season, have been Manchester City’s closest challengers.

Goals, especially in the league, were a problem last season. Even with Zlatan Ibrahimovic netting 17 in 28 league games, they only managed 54 in total. It was one fewer than Bournemouth, who finished ninth. It became an annoyance for Mourinho, who regularly asked his players to be more “clinical.”

There is still room for improvement, but there has been an upward trend. With seven games remaining, United have scored 60 league goals, already six more than they managed in the whole of the last campaign. In his first season with the club, Romelu Lukaku has filled the void left by Ibrahimovic, scoring 15 in the league and 26 in all competitions. Jesse Lingard, Marcus Rashford and Anthony Martial have all reached double figures.

United have the second-best defensive record in the league this season, which is impressive given that Mourinho’s best defender, Eric Bailly, has only managed to start nine games in the Premier League.

Mourinho will not be completely happy after watching his team concede a lot of the same type of goal: long balls into the penalty area that his defenders have failed to deal with. They have still managed to keep 16 clean sheets in the league, more than anyone else. It owes much to the brilliance of David De Gea, who is having another outstanding season, but Mourinho deserves credit for his organisation, too.

His regular back four has included two wingers, Antonio Valencia and Ashley Young, at full-back while Bailly, Phil Jones, Marcos Rojo, Chris Smalling and Victor Lindelof have all been used at centre-back. Mourinho would have expected more consistency had he been able to pick a more regular pairing.

United dropped 23 points at Old Trafford last season. Manchester City were the only team to win there in the Premier League but Mourinho’s side also drew 10 times.

City won at Old Trafford again this season but only Southampton and Burnley have managed to earn a draw, meaning that United have dropped just seven points in 16 home games so far this season. They’ve scored 35 league goals at home this season — more than Tottenham — and conceded just seven, two fewer than anyone else.

United should have beaten Sevilla over two legs in the Champions League last-16 and defeat to the Spanish side at Old Trafford was the worst result of Mourinho’s reign. But they still breezed through their group with five wins from six games, something Louis van Gaal would have been delighted with in 2015.

The real test will come next season. United should be among the top eight clubs in the Champions League and the challenge will be to take at least one step forward from this season’s competition.