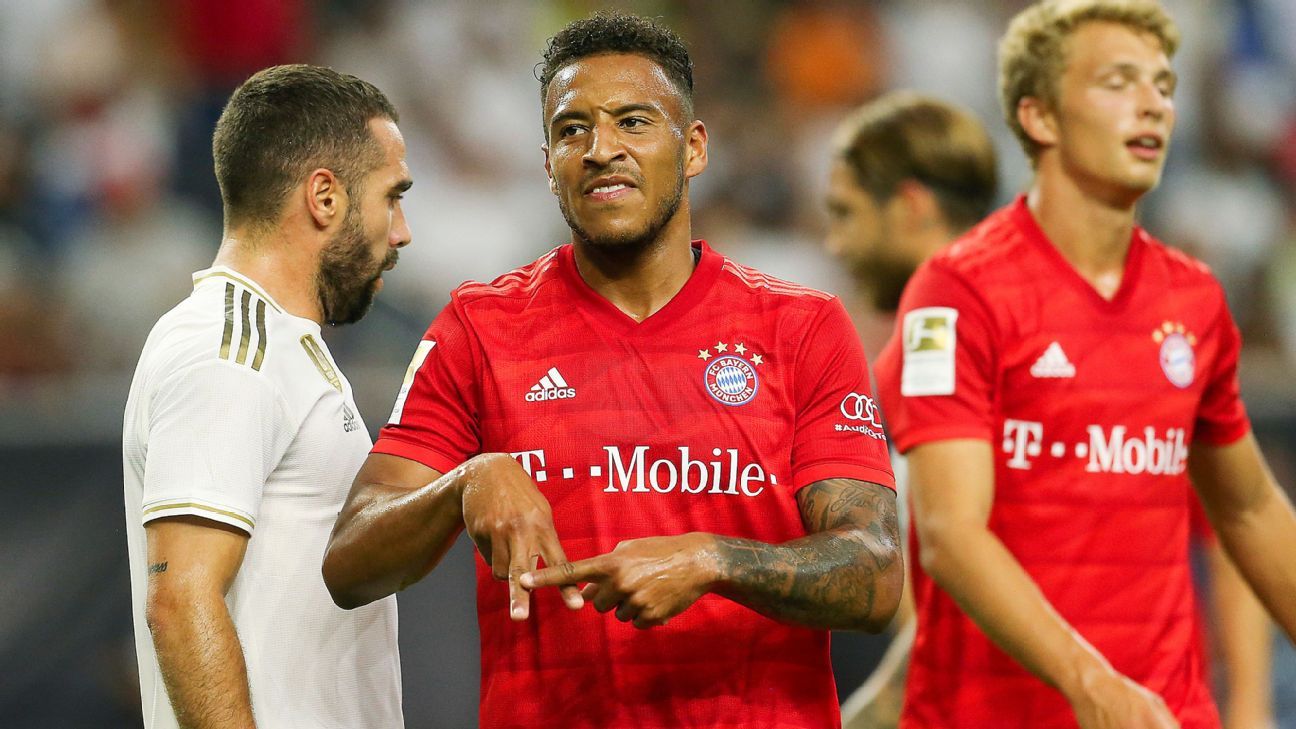 The Bundesliga leaders, who secured their place in the German Cup final with a win over Eintracht Frankfurt on Wednesday night, are ready to release the player they signed from Lyon for £37 million in 2017.

United and Inter are believed to be the two clubs leading a host of others in the pursuit for the 25-year-old.

Bayern have slapped a price tag of £31m on the France midfielder, and Bouhafsi says that the Red Devils have already entered into negotiations with Tolisso’s representatives.

Tolisso has scored three goals and provided five assists this season, but appears to have played his last game for the Bavarian side.

Following recent news that Bayer Leverkusen were hopeful of keeping Kai Havertz at the club despite interest from Chelsea, Real Madrid appear to have entered the race for his signature, according to The Sun.

The outlet says that Chelsea remain in pole position to secure one of Europe’s most-wanted players, with the player himself keen to move to the Premier League. And despite Leverkusen’s desire to prevent him from leaving, their efforts will have taken a further hit following the news that another European giant is interested.

Havertz is considered Germany‘s best young talent, and Chelsea believe they can prise him away from the Bundesliga for a fee of around £70m. Bayern Munich are also interested, but Madrid could attract Havertz’s attentions, and he might relish the chance to play under Zinedine Zidane.

What’s clear is that with some of Europe’s biggest clubs circling, Leverkusen are unlikely to keep hold of their star asset this summer.

Bournemouth winger Ryan Fraser is refusing to sign an extension at the club until the end of the season, which could boost his chances of securing a move to Tottenham in the summer, reports The Sun.

Fraser is one of five players out of contract at the south-coast club. However, unlike Charlie Daniels, Simon Francis, Andrew Surman and Artur Boruc, Fraser is not expected to extend his deal beyond the end of June.

That means he would be ineligible to finish the season with Bournemouth and could instead move to another club on July 1 before the campaign is over.

Cherries boss Eddie Howe is keen to keep hold of Fraser and sees him as a key player in the club’s bid to avoid the drop, but Fraser is a wanted man.

Tottenham are just one of several clubs interested in the 26-year-old winger, and Spurs manager Jose Mourinho is said to lead the chase for the wanted Scotland international.

— Leicester City are reportedly planning for life after left-back Ben Chilwell, with Ryan Bertrand from Southampton. The Saints are aware of the Foxes’ interest and as such are looking to hold contract talks with the former Arsenal man, but Brendan Rodgers has Bertrand high on his list of targets, and he could have £50m to spend on Chilwell’s replacement.

— Inter Milan’s Sebastian Esposito is yet to sign a contract extension and Atalanta, Fiorentina and Parma are all ready to pounce if he doesn’t put pen to paper, Calciomercato suggests. Esposito allegedly isn’t desperate to leave and as such he could yet rely on teammate Romelu Lukaku‘s agent, Federico Pastorello, to iron out any issues with the club. However, Atalanta are believed to have made contact with the striker’s representatives.