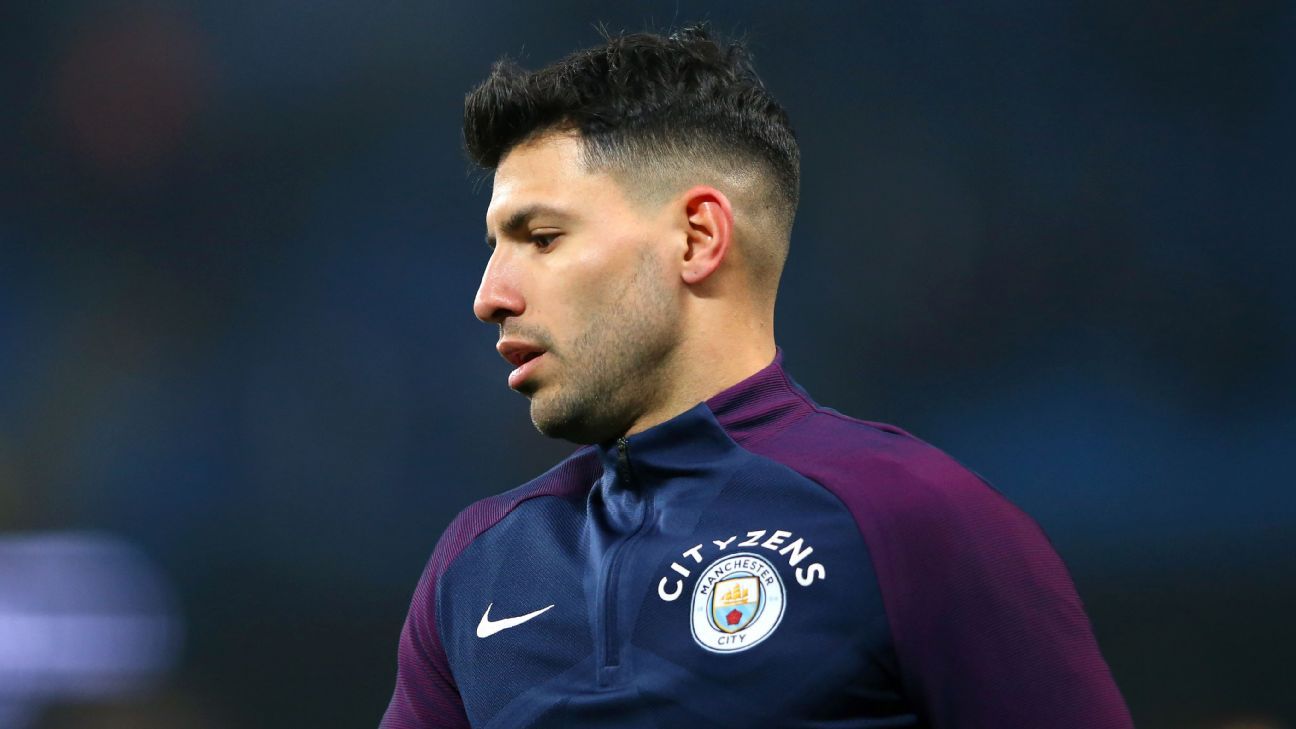 
Sergio Aguero is set to miss Manchester City’s Premier League trip to relegation-threatened Stoke on Monday after sustaining a knee injury in training.

Aguero announced on his official Twitter feed that he expected to be out for up to two weeks with the injury, meaning he could be back for the trip to Everton at the end of this month.

Aguero wrote: “During yesterday’s training I had a discomfort on my left knee. The club’s doctors told me I’ll be back with the team in approximately two weeks. Now it’s time for a full recovery!”

Aguero is City’s top scorer this season with 30 goals in 37 appearances in all competitions.

If Aguero’s two-week timetable for a return proves correct, the Stoke match will be the only one he misses as City are not due to be in action again until March 31 against Everton, having been knocked out of the FA Cup.

However, Aguero could now miss Argentina’s friendly against Italy — due to be played at City’s Etihad Stadium — on March 23, and the match against Spain four days later.