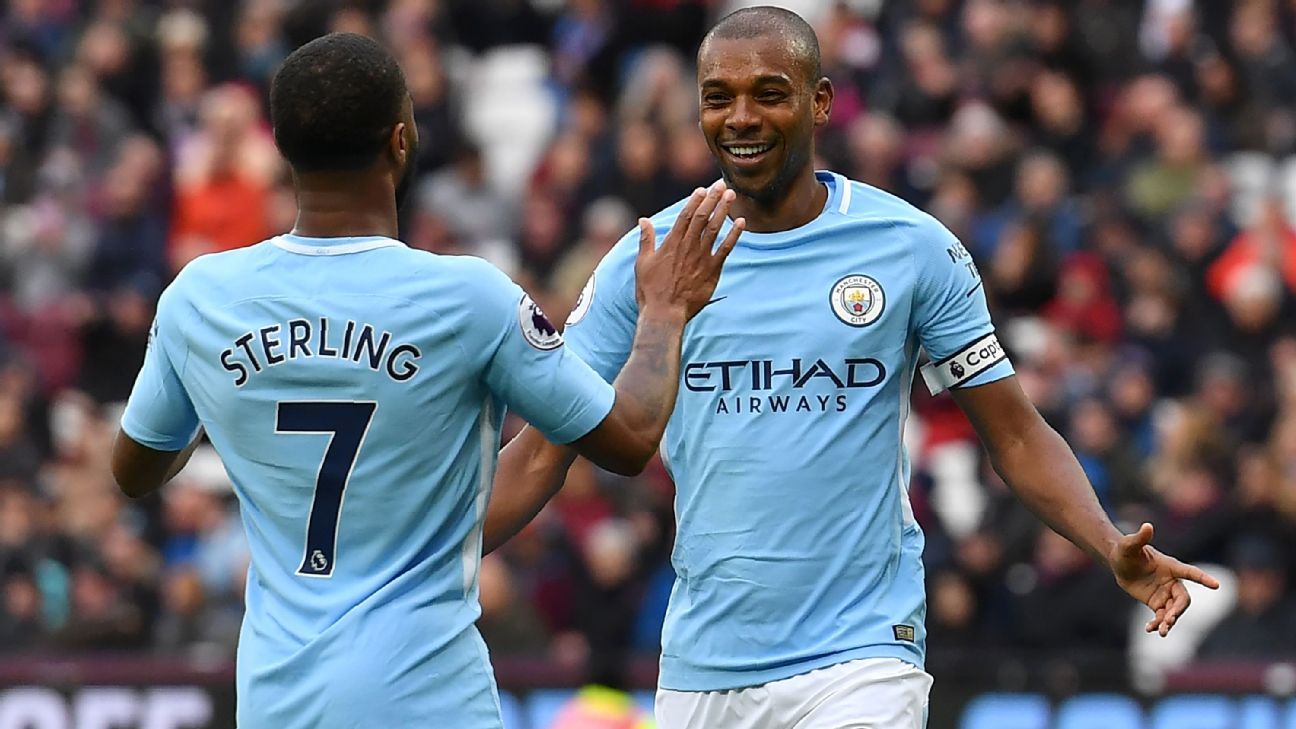 
Fernandinho has questioned the treatment of Raheem Sterling and defended the forward as one of the biggest contributors to Manchester City’s success over the past 12 months.

Sterling, 23, was this week criticised when he shared a photo of him with a tattoo of a gun on his right leg and has since insisted it has a “deeper meaning” because of his vow “never to touch a gun” after his father was shot dead when he was a boy.

His City teammate Fernandinho believes the criticism owes to an agenda against him.

He is with Brazil as they prepare for the World Cup in Russia, but the controversy surrounding Sterling has not escaped his attention at the end of a season in which they both contributed so much to City winning the Premier League.

“I don’t know why the people treat him like that,” the 33-year-old said. “I’m glad because we have him. He’s a lovely guy and he never gives up, even with a lot of criticism about him and his football.

“He’s one of our top players. He decided so many games for us this season, was so important for us.

“They write about him and you can see some pursue it against him. He’s a lovely guy, nice guy, and every day he’s up, he’s happy, and I’m so glad to share the dressing room with him.”

Brazil on Sunday face Croatia in a friendly at Anfield, where Philippe Coutinho is expected to feature for the first time since his £142million January transfer to Barcelona, a prospect Fernandinho revealed he is relishing.

“He’s looking forward to going back to Anfield, to Liverpool,” he said. “He played there for five years and showed his quality all the way through his time there.

“He’s looking forward to that because he had so many good moments there and played so many good games over there, and he’s going to be very happy to go back to Anfield.”

For Arteta and Arsenal, the honeymoon may be over
Man City turn to Spurs striker Harry Kane?
Pique knee injury leaves Barcelona in defensive woe ahead of Champions League
Nicolas Pepe epitomises Arsenal’s frustrations at Leeds with naive sending off in 3/10 performance
Man City reserve goalkeeper Scott Carson relishing role as mentor to Zack Steffen but still hopes to play