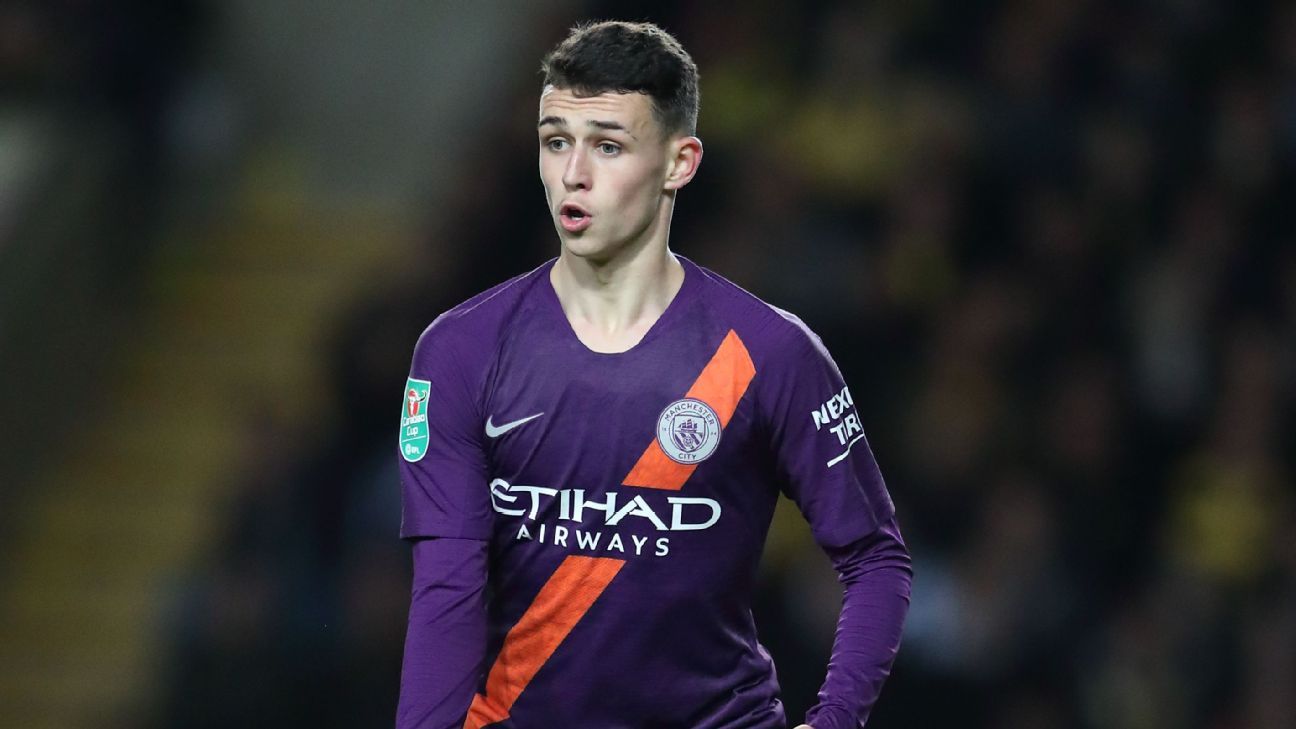 
OXFORD, ENGLAND — Phil Foden has said he is happy with the comparisons to Andres Iniesta but even the Manchester City midfielder admitted people may be getting carried away.

The 18-year-old scored his first goal for the club and also claimed an assist in a brilliant individual display as City beat League One side Oxford United 3-0 in the Carabao Cup third round on Tuesday.

Foden has affectionately been dubbed the “Stockport Iniesta” by City fans while Oxford manager Karl Robinson likened him to the former Barcelona and Spain playmaker, calling him a “genius” after the defeat.

“I’m happy with that but, come on, Iniesta is on a different planet,” Foden told reporters. “For them to call me that is massive, it means a lot.

“There’s a lot of things still to improve so I’m just going to keep my head down working to improve things like not giving as many balls away. That comes when you play. You need to grow and be mature and I’ll get that as I play more games.”

City boss Pep Guardiola also played down Iniesta comparisons but says Foden has the potential to be an “amazing player” for City for the next 10 years.

There have been calls for Foden to be given more game time, but Guardiola has kept him close, working with the first team squad rather than sending him out on loan to gain experience.

And the teenager trusts in Guardiola to help with his development after bringing through players during his time at Barca and said he has benefitted from working with David Silva and Kevin De Bruyne on a daily basis.

“I’ll just keep getting these cup games and runouts whenever I can and hopefully I can start a lot more games one day,” he added. “There’s no need to rush. Pep knows what he’s doing and I’ll play at the right time.

“He’s good at bringing youth players through, he’s done it in his career before so just be patient, I’m still young and I’m still learning. Training with the likes of David and Kevin and seeing what they do every day has brought me on as a player and working with Pep as well has been a really big part of my game.

“Both him and Mikel [Arteta] have been a massive help. I just have to keep impressing and keep working hard and see where it gets me.”

Foden, a City fan who has been at the club since the age of five, was delighted to finally get his first goal and sprinted over to the away fans to celebrate.

“It’s an unbelievable feeling to get my first goal for City,” he said. “It meant a lot to me and I still get the enjoyment assisting and scoring. I like to do both and get both in my game.

“I had one in the last Premier League game [vs. Cardiff] and I thought ‘when is my chance going to come?’ and just had to keep my head and keep believing.

“Luckily I got the goal but goals are not the most important thing, it’s about doing the basics and all the other parts well. The goals will come when they come but most of all it’s just playing well and focusing on that.”