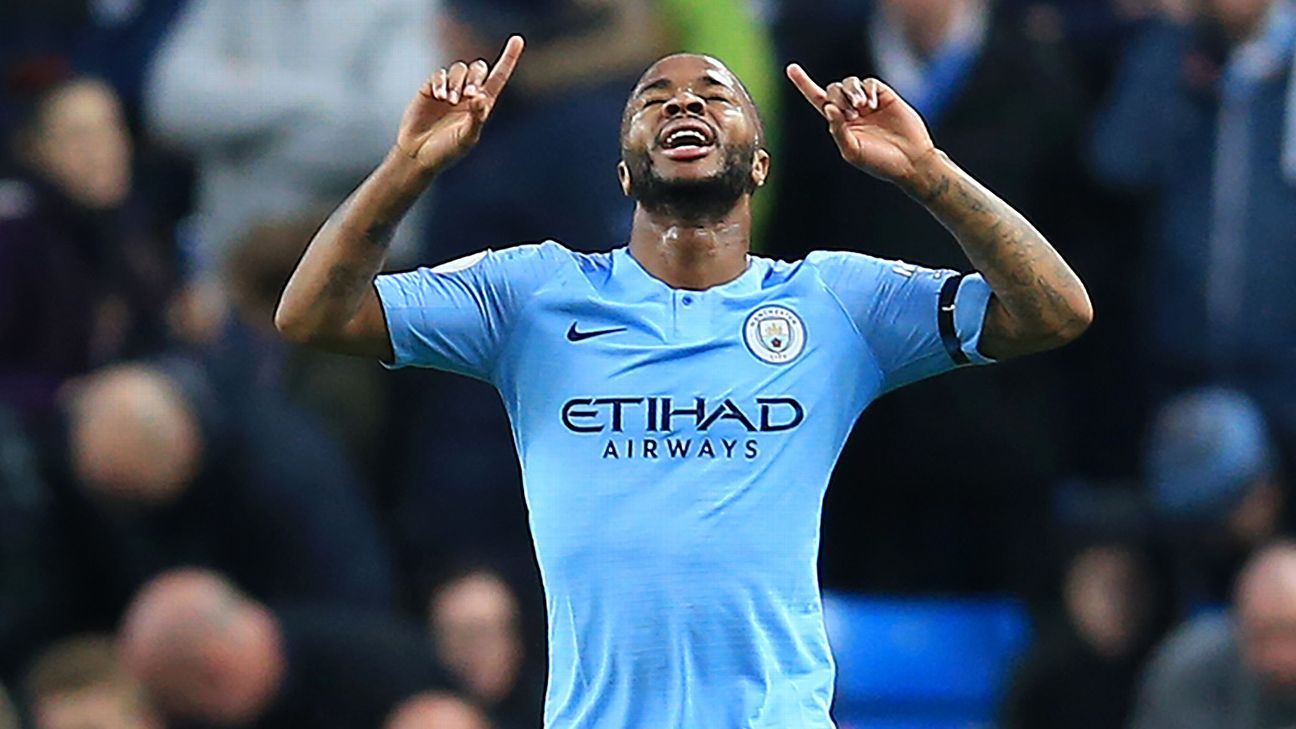 
MANCHESTER, England — Pep Guardiola has said Raheem Sterling can get even better after his “incredible” performance in Manchester City’s 6-1 victory over Southampton.

The England forward scored twice and caused the Saints problems all afternoon as City move two points clear at the top of the Premier League.

But Guardiola said it was too early to claim that Sterling is one of the best players in the world as he still needs to increase his consistency.

“He is a top player but still is so young to consider it is the world’s best players,” Guardiola told a news conference. “He is in incredible form.

“He is sharp, fast, clever, fighting, ambitious and he’s decisive. It was an incredible performance with and without the ball but still with the young guys like him and Leroy [Sane], I would like to feel they can still improve.

“Still hes loses simple balls, like the Tottenham game when he made an amazing assist in the first few minutes but then lost a lot of balls. In this kind of team, to stay they have to improve that. Still his pace and quality is incredible.”

Sterling is entering the final 18 months of his contract with sources telling ESPN FC that the former Liverpool forward has verbally agreed a new deal.

The 23-year-old has improved hugely since the arrival of Guardiola but the City boss says the players deserve the credit for their willingness to learn.

“Not just Raheem, everybody. It is a joy to be manager of them because they follow us,” he added. “It is an absolute happiness for a manager and all the staff we have alongside and Raheem.

“Mikel [Arteta] insists a lot of many things and everybody is there to help the guys be better. If at the end of our period here, we feel they are better [then that] is enough.”

Sterling has now scored or assisted eight goals in his 12 appearances this season with the strikes against Southampton his third and fourth this campaign. That follows on from his best ever season of 23 goals last term and Guardiola said City’s No. 7 has lost his fear in front of goal.

“The first season, when the ball arrived in the box he was scared, he was looking, who is the guy I am going to pass the ball? That was our feeling,” he said. “We spoke about that in training and said try to score goals. It doesn’t matter if you miss it. Be aggressive. Now you have the feeling, where is the goal and go over there.

“For the second goal he arrived until the keeper. I have the feeling he is now enjoying scoring goals and making assists and be important in winning games. He is becoming a winning player and he is just 23 years old. We cannot forget that.”

Copa America is as uncertain as ever as pandemic continues in South America
Leipzig’s Nagelsmann rejects Bayern Munich contract talks rumours
European Super League would end 70 years of football history
Super League is only wanted by a cabal of Europe’s elite club owners. Fans have been forgotten
PSG and Neymar are banishing their Champions League demons