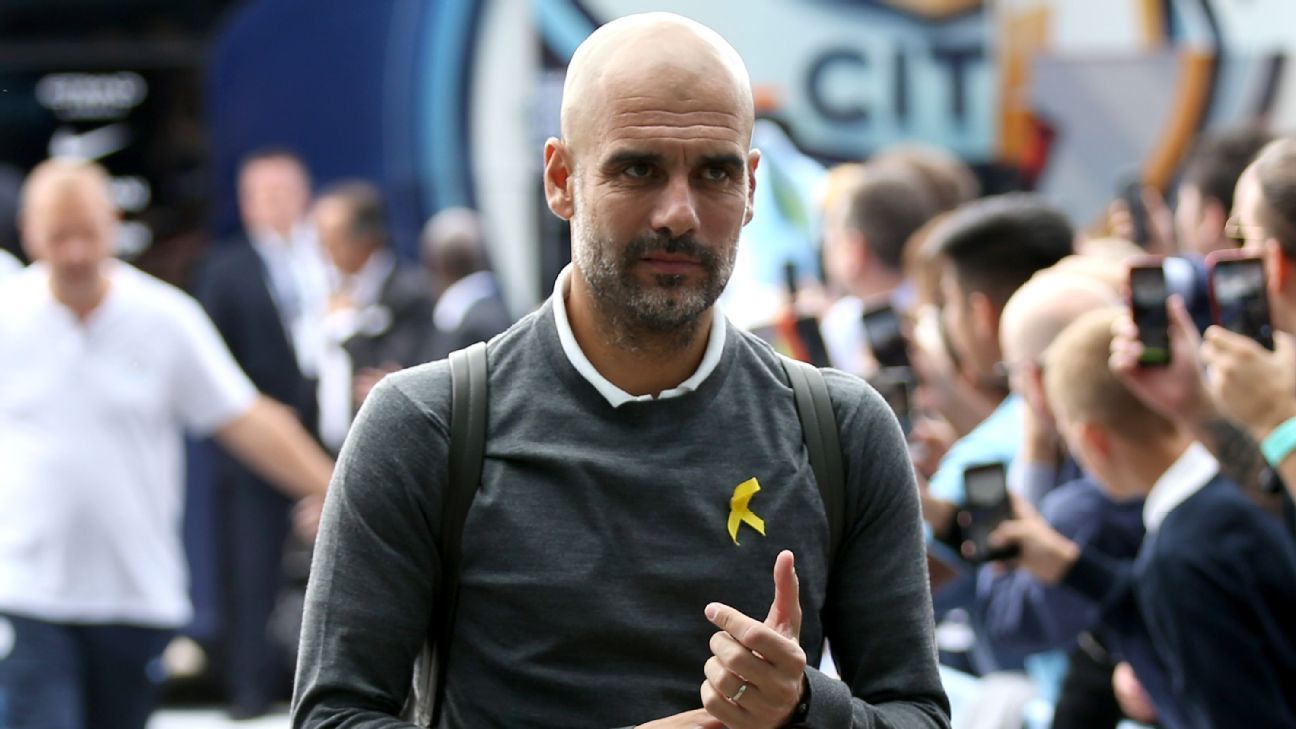 
MANCHESTER, England — Pep Guardiola insisted he had no problems with Leroy Sane despite leaving him out of his squad for Saturday’s Premier League victory over Newcastle United.

The German winger, who was last season’s Young Player of the Season, has not started any of City’s four matches this campaign, coming on as a second-half substitute in each of their three Premier League games.

But he didn’t even make the bench for the 2-1 win over Newcastle, which maintained City’s unbeaten record going into the international break.

“The last game, Phil Foden was not in the squad. I was so sad for Phil like I am so sad for Leroy now,” Guardiola told a news conference.

“But we have a squad and sometimes we have to leave [players out] because we have six [forwards] and I decide to start with six strikers, two wingers and another one on the bench, which is why he’s not there. We try to work hard again and the next game we will be ready to play again.”

Sane was recently recalled to the Germany squad for this month’s friendlies with France and Peru after his surprise omission from the World Cup squad in the summer.

The 22-year-old started just one of City’s first five games last season, with Guardiola saying that “he didn’t make a good preseason.” But asked if he was happy with Sane’s attitude in training, Guardiola added: “Yes, [I’m not worried. Against Wolves] he played 10-12 minutes, he tried. He was not precise but he tried.

“They know me, they convince me the minute they run and do everything. Mistakes with the ball is part of the process.”

City weren’t at their best. But after Raheem Sterling’s opener was cancelled out by DeAndre Yedlin, Kyle Walker won the game with a stunning 25-yard strike.

“The goal we conceded, we defended very badly but in general we conceded [not many] chance against a team that lives for one action, the counter-attack, the mistake, or set pieces,” he added.

“And that’s why our performance was quite good especially the second half when we didn’t concede or let them run and we created enough chances.

“The game was quite good and OK we have one trophy before the international break and 10 points from 12. So far I am so delighted with the guys.”