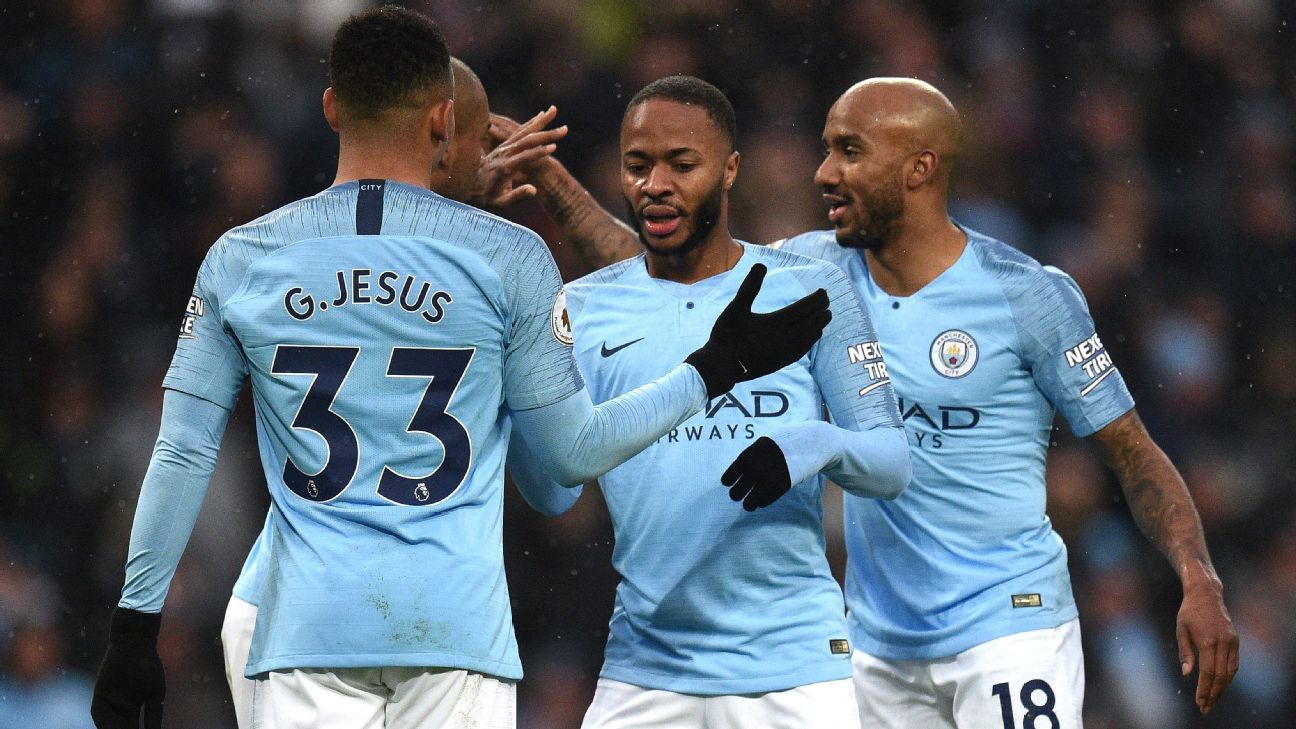 Sterling scored three minutes after coming off the bench in the 3-1 victory over Everton to send City back to the top of the Premier League ahead of Liverpool’s clash with Manchester United.

A week ago, Sterling hit out at media coverage that he said “helps fuel racism,” a day after abuse was allegedly directed at him during the defeat at Chelsea, and has been a talking point in the football world since.

“I see him so calm,” Guardiola told a news conference. “I think he has handled in the last years many situations, rumours and people talking not nice things about him, his family or in that case the colour of his skin, so that is why I admire and appreciate him.

“Maybe it is not easy for him but he is calm, happy playing football and he is beloved by the staff and in the locker room.”

Sterling, 24, is now City’s top scorer with nine goals this season — one more than Sergio Aguero and just behind Premier League leader Pierre-Emerick Aubameyang. That follows on from his best ever season tally during City’s title triumph, when he scored 18, and Guardiola joked that he is clinical when he doesn’t have to think about finishing.

“Raheem when he has not time to think in front of the keeper it’s always a goal, the problem is when he has time to think,” he said. “We are very pleased. Today Leroy [Sane] in the second half was more tired — the last game was so tough against Hoffenheim — and he played incredible.

“I had doubts to play with Leroy or Raheem but I wanted to give confidence to Leroy after he scored two goals and he was tired but that is normal. It is important for Raheem to score goals. Young players still they can improve and that is the only way to move forward.”

Gabriel Jesus will also gain confidence from his goals either side since half-time, his first in the Premier League since August.

“It is so important for him — strikers need to score goals,” Guardiola added. “The same he has done today he has done in other games but the differences he has scored goals. He had chances and was in a better position to score a goal. He has done it in a fantastic way and it will be so good for him — for him and the rest of the team. It was so valuable his performance.”