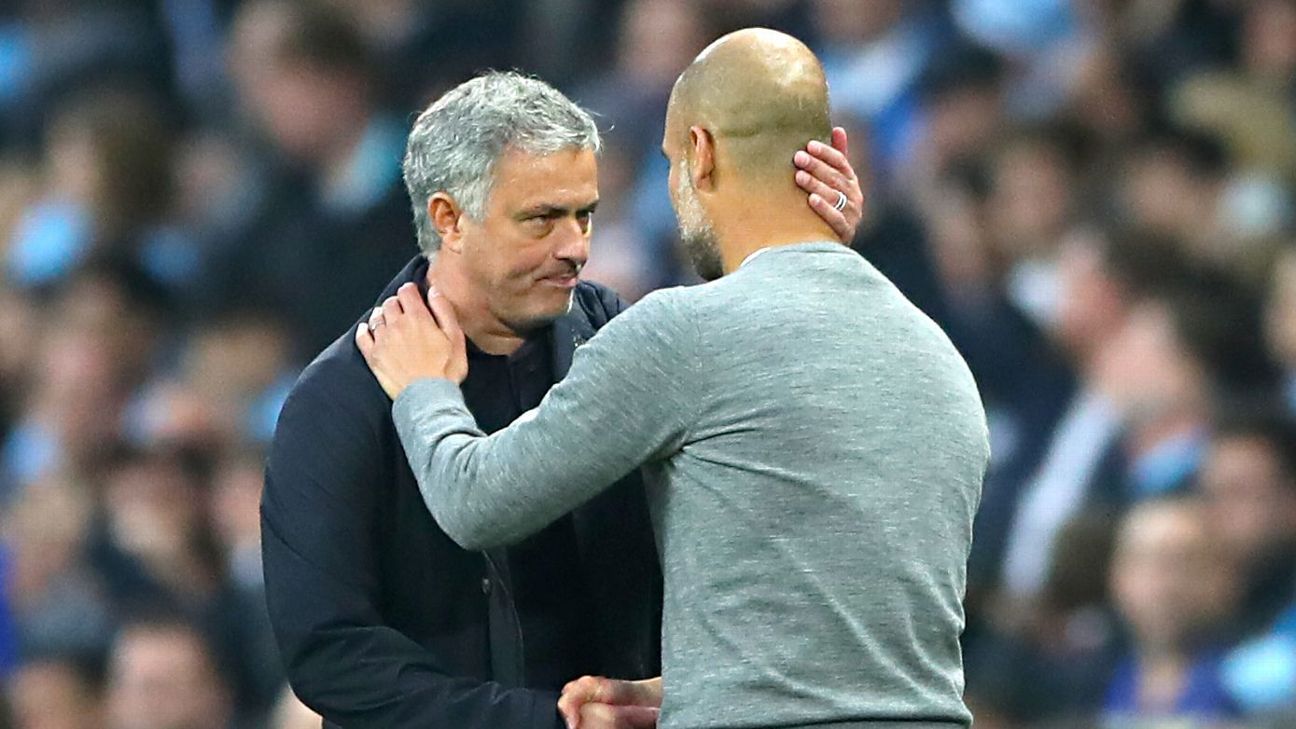 
MANCHESTER — Pep Guardiola agreed with Jose Mourinho’s comments that “money can’t buy class” but insisted the recent Manchester City documentary was not intended to be disrespectful.

Jose Mourinho accused the Premier League champions of “lacking class” after the eight-part film, “Manchester City: All or Nothing,” appeared to poke fun at his Manchester United team.

In the build-up to last December’s derby, narrator Ben Kingsley describes the game as a clash of styles between City’s stylish football and Jose Mourinho, who “parks the bus.”

“That is true, you cannot buy class, I agree with Jose, you cannot Jose,” Guardiola told a news conference after City’s 6-1 win over Huddersfield Town on Sunday. “I think we lived an amazing season with cameras. We did it for ourselves. I don’t agree with Jose in terms of [being] disrespectful. That was not our intention — just filming what happened last season.

“As a club we try to grow and to win titles like all the big clubs in the world, we did [the documentary] for ourselves and our fans to see what happens in the locker room. It is Jose’s opinion. Other guys say ‘we like’ and other guys will say ‘no’.”

Guardiola refused to be drawn on further questions about Mourinho’s comments, preferring to focus on City’s performance as they made it two wins out of two in the Premier League. Sergio Aguero claimed a hat trick, the 13th of his City career and ninth in the league, although he could have had even more goals.

“With three goals a game it’s okay, I am not going to demand him to be more clinical,” Guardiola added. “Since he came back from the first second … wow, he came back perfect.

“He feels free now and he suffered the last years with some problems. It is not just scoring goals, it’s the spaces and the chances. He never stops. and when this happens, Sergio is one of the best strikers in the world without a doubt. So chapeau [hat], this period is perfect.”

Guardiola was also proud to see David Silva carrying his son onto the pitch before the game, with the Spaniard going onto score a spectacular 30-yard free kick. Silva’s son Mateo was born prematurely last season and was intensive care with Guardiola seen in the documentary saying the team needed to win for their teammate.

“He made an outstanding performance, the first game after the summer time,” Guardiola said. “He was so motivated because his family, parents, wife, especially Mateo is here. He scored an amazing goal for him.

“He will never forget the first time he saw his father play football. We met him for the first time two days ago and he was in the locker room with all the team. Last season was a tough moment for his family and fortunately he fought a lot the little boy and he is here so it’s a special day for them and for us and for David.”