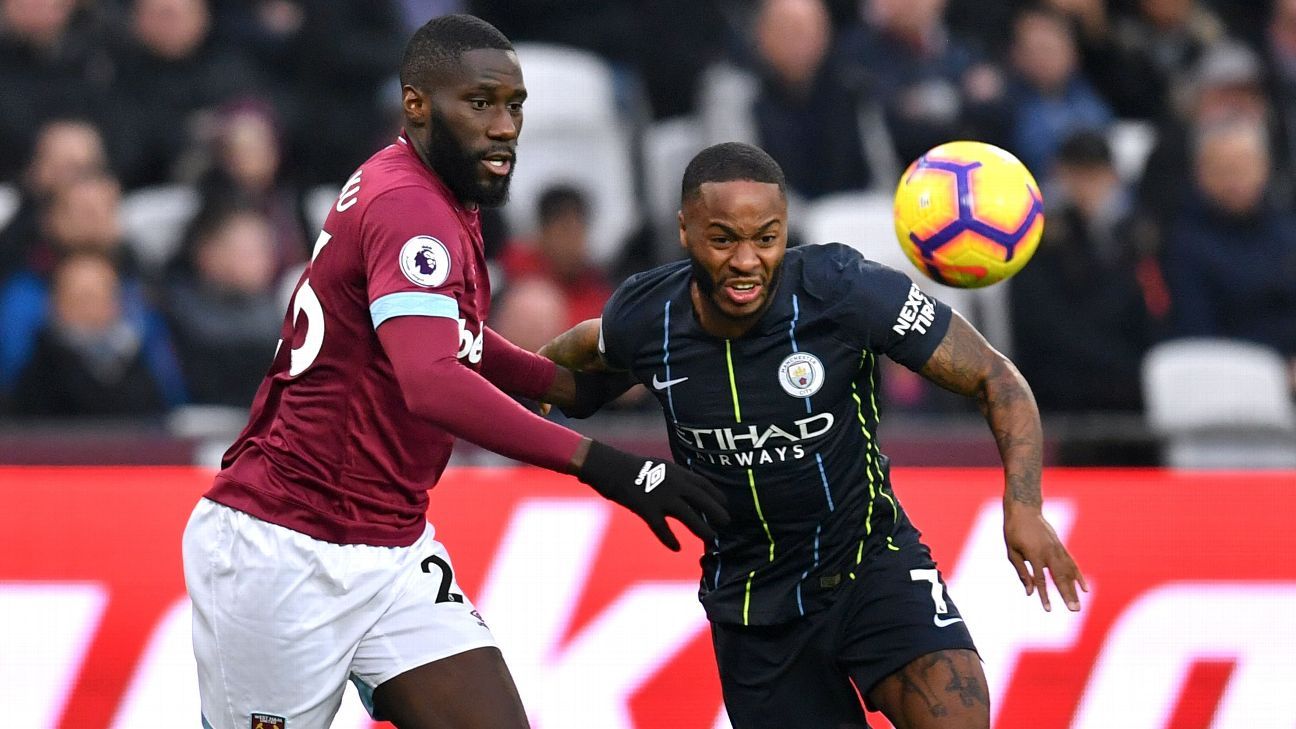 City have now taken 35 points from their opening 13 matches, but are just two points ahead of Liverpool after the Reds’ away win over Watford maintained their best-ever start to a season.

Leroy Sane scored twice and added an assist while Raheem Sterling grabbed one assist and a goal with Guardiola impressed that his young players were prepared to carry on working hard.

But the former Barcelona manager cautioned his young team from putting too much stock in what they read in the papers.

“When they listen and read so many comments that it’s done, they are fantastic and these kind of things, that is a dangerous situation and they can be confused,” Guardiola told a news conference. “Everything we do, it hurts, we work hard and push each other a lot — my staff to me, me to my staff, my staff to the players and them to us. We demand many things between each other and it is the only way.

“It’s the best start ever for Liverpool with their huge history and I don’t know how many Champions Leagues and titles and it’s their best start ever. That shows how tough it will be. But in spite of that, after we achieved what we achieved 100 points, there is a tendency after nice words and nice compliments, to not do what you have to do.

“And today when you see Raz and Leroy and after Riyad [Mahrez] coming back, helping our full-backs even in the 60th, 70th, 80th minute and 3-0 in front, that is the signal that OK, let’s go and try it again.”

Sane took his chance after returning to the starting lineup after a run in and out of Guardiola’s side, capping an impressive performance with two goals.

And the City boss says it is to be expected that the German winger’s form fluctuates as he is still young at just 22.

“We never had doubts about Leroy when he was not in the squad. I said I don’t have one doubt about his quality but he is young,” Guardiola added.

“He has ups and downs. It is the first time he won a title in the Premier League and it is normal. [David] Silva, [Vincent] Kompany, [Nicolas] Otamendi, for example, don’t have these problems because you gain these kind of things over time and age.

“The important thing is he realises what he has to do to be consistent to get the chance to be a better player. When you achieves something, there is always another one in front of the door if you want to take it.

“That is the reason why we are here, to let them see because we have more experience. We have lived that situation before. My old manager taught me that and I try to help them. If they get it, they get it. If they don’t, it will be their problem.”

Although City were emphatic winners, West Ham did have opportunities with Michail Antonio slamming the post at the start of the second half.

But Guardiola says it’s always difficult for teams to get back into their stride after an international break.

“The guys trained for 10 days most of them in a different way and rhythm,” he said. “Sometimes they play friendly games and when you come back you immediately have just one training session and travel away against West Ham, who have quality.

“If we conceded more chances than usual it’s because it is not normal. When you concede one or two per game, that is not normal, that is excellent. And because the other teams are good.

“The four goals were fantastic, the result is incredible after the international break. We know Madrid lost away, Bayern Munich draw at home, United were not able to win at at home.

“Always it’s complicated after the international break, always so difficult and that’s why I give a lot of credit knowing we have to be better. But we will do it, I know because we did it for a long time and we will do it again.”