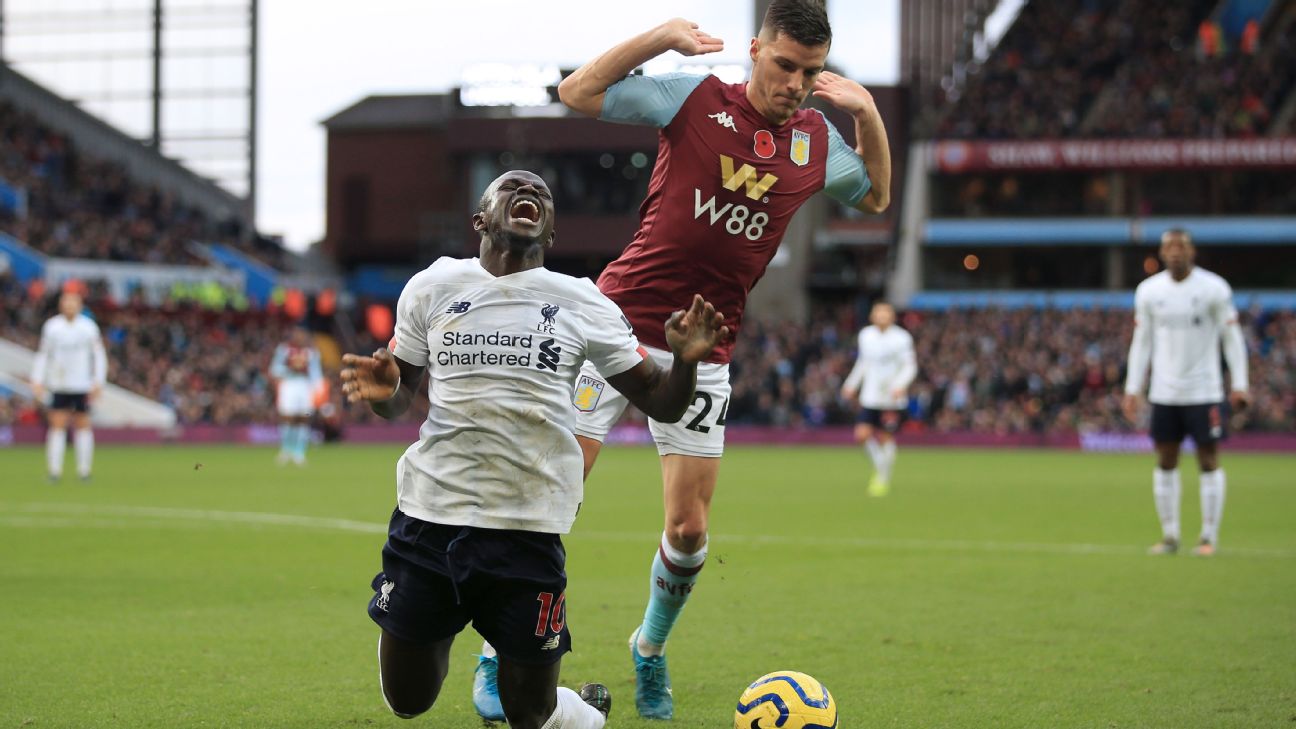 
MILAN — Man City boss Pep Guardiola backed down in his war of words with Jurgen Klopp by claiming he never intended to brand Liverpool striker Sadio Mane a diver.

Klopp launched a defence of his team and Mane after Guardiola appeared to suggest the Senegal international was prone to diving. Mane has won penalties in Liverpool’s last two Premier League home games against Leicester and Tottenham and was booked for diving during the dramatic 2-1 win over Aston Villa on Saturday.

But speaking ahead of the Champions League clash with Atalanta in Milan, the City manager back-tracked.

“My son and my daughter all the time when they [Liverpool] win in the last minutes, ask me how lucky they are and I say at the time ‘it’s not lucky,'” Guardiola told a news conference on Tuesday.

“What Liverpool has done the last season and this season many, many times last is because they’ve this incredible quality and his incredible talent to fight until the end.

“Of course like Jurgen said he knows Sadio better than me. So it was a praise for Liverpool, not just one action. To say it’s lucky again? No.

“It happens many times in Anfield and away because they push and they push that’s why it’s nice to face them and try to compete with them. Hopefully I can clarify everything for Jurgen.”

Speaking on Monday, Klopp also aimed a dig at Guardiola by saying he “wouldn’t mention tactical fouls” — an issue raised in the past by Jose Mourinho, Ole Gunnar Solskjaer and Manuel Pellegrini.

Asked for his response, Guardiola said he was not surprised by the accusation but refused to ramp up tensions ahead of City’s trip to Anfield on Sunday.

“No comment on that,” Guardiola added. “I don’t put oil in the fire.”

City can win Group C with victory over Atalanta, who are playing their Champions League games at the San Siro in Milan more than an hour away from their base in Bergamo.

Coach Gian Piero Gasperini has promised his team “won’t do a Southampton” and sit back against City despite a 5-1 defeat at the Etihad Stadium.

John Stones is set to start his first Champions League game of the season following a spell out with a thigh problem and the England defender is hoping it will trigger a long run in Guardiola’s team.

“It’s been difficult getting injured,” Stones told a news conference. “It was difficult as it’s me out of the team, not being able to be there for the team and manager.

“I’m trying to stay as fit and healthy as I can and trying to get a run of games when called upon. I feel good, I feel fit and that’s the main thing. I need to stay like this for the rest of the season.”

City are still without Aymeric Laporte, Leroy Sane and Oleks Zinchenko because of injury. David Silva has not travelled after picking up a muscle injury against Southampton while Rodri has also stayed behind despite briefly appearing for training on Tuesday morning. Phil Foden is suspended after his red card in the reverse fixture against Atalanta.