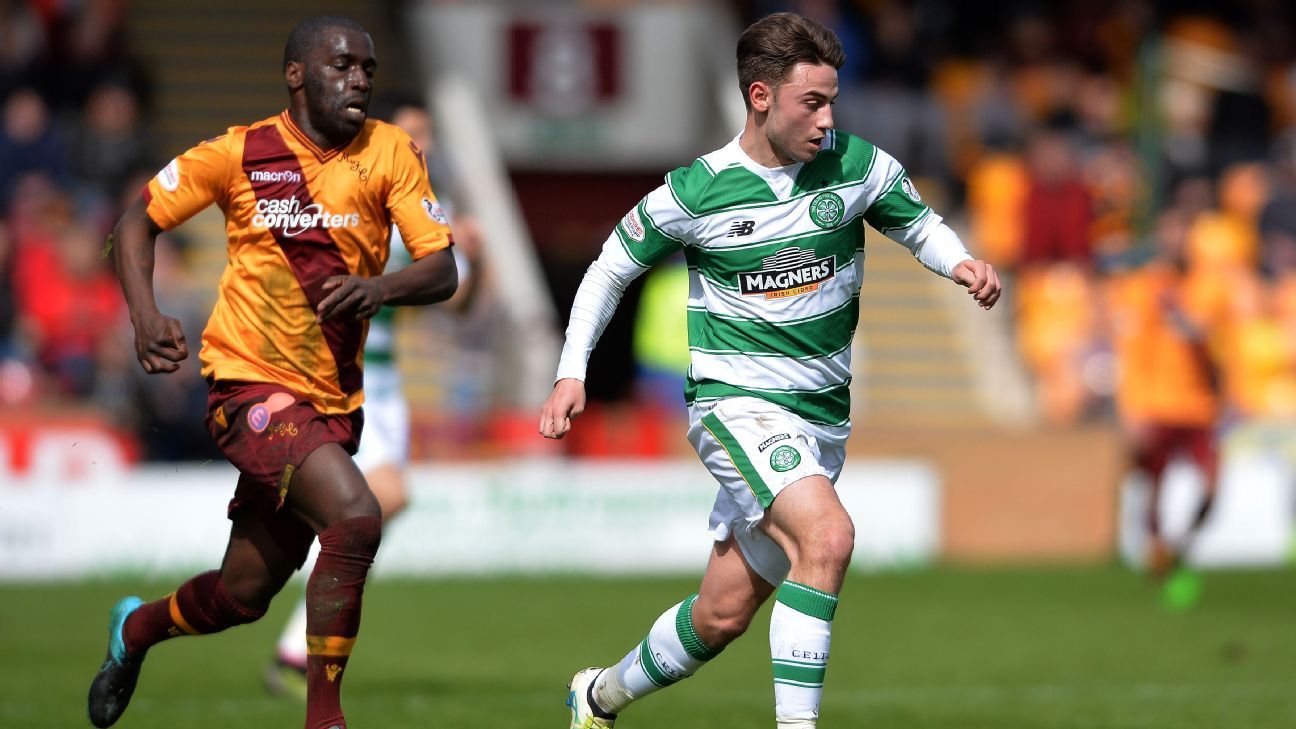 
Patrick Roberts has told The Scotsman newspaper he does not know whether he will return to Manchester City or go out on loan again next season.

Roberts has been on an 18-month loan deal at Celtic, helping the Glasgow club win back-to-back Scottish Premiership titles.

The England under-20 winger is set to play against Aberdeen in the Scottish Cup final on Saturday but does not know whether that will be his final game for Celtic.

“No-one from City has been in touch,” he said. “They want me to enjoy the final, win the trophy and then we’ll talk after that.

“Could I stay? It’s hard. I have said a few times now that in football you don’t know what is going to happen.

“I take it day by day and we’ll see how it goes. But any player will tell you that to get this much love in football is hard to come by these days.”

Roberts has impressed at Celtic and added: “I adore the supporters here. I appreciate what they have done for me and it makes me play better for them.

“I enjoy playing football. I let my feet do the talking and I like to show everyone how good I am.

“If you go to a place and you don’t get any love — and every footballer will tell you this — it can be difficult and times can get tough.”