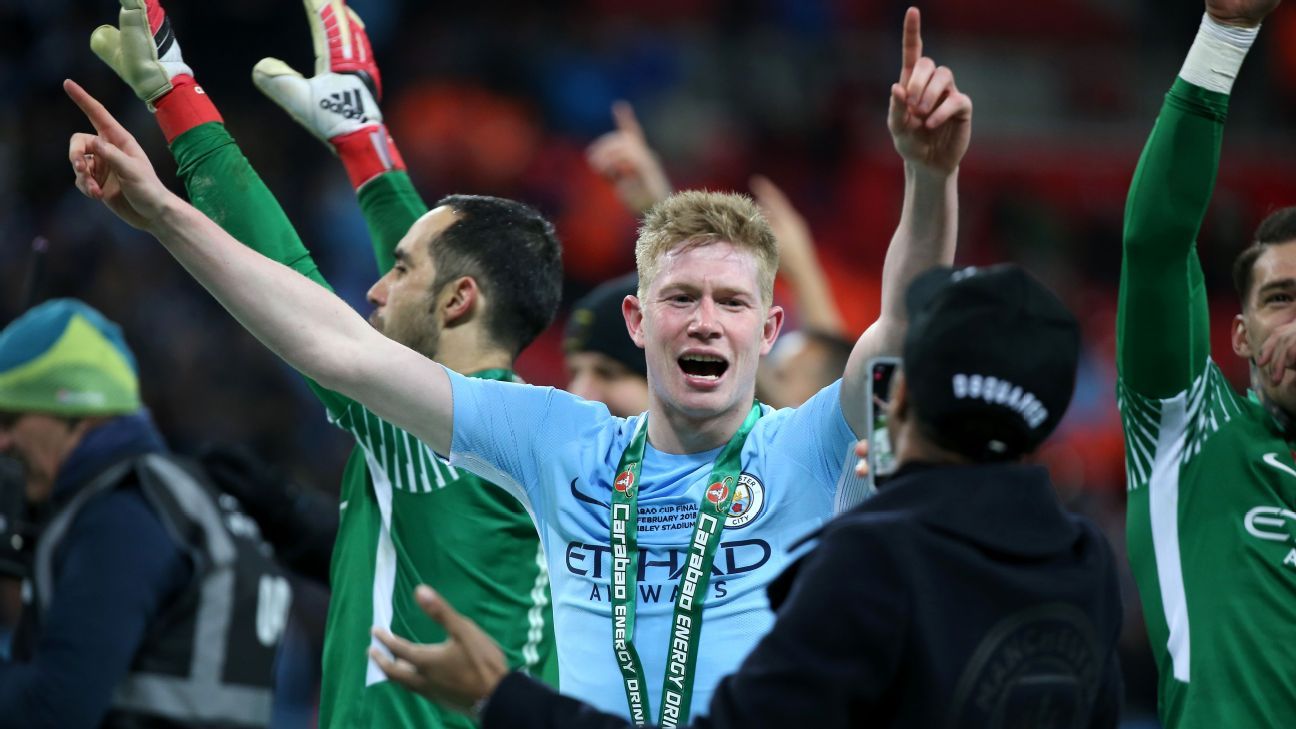 
Kevin De Bruyne would happily miss out on Manchester City’s warm weather training camp in Abu Dhabi if it meant they were still in the FA Cup.

City suffered a shock defeat to League One side Wigan Athletic in the fifth round and have used the free weekend to head for the United Arab Emirates.

But the Belgium international would rather be back in wet and windy Manchester, even though City are already facing a hectic schedule when they return as they try to wrap up the Premier League and challenge for the Champions League.

“It would be nice if we could play in the cup but we are out. That’s the way it goes,” De Bruyne told reporters.

“It’s nice to have some sunshine for a change. It will be nice to be in a different environment, rest a little more and recharge the batteries.”

After returning to Manchester on Saturday, the first team will head out for international friendlies with De Bruyne joining up with Belgium for a match in Saudi Arabia.

City then face Everton, and a victory at Goodison Park would set up a potential title-clincher against rivals Manchester United.

“I think all of City would like that — to try and win that game for the title,” De Bruyne added. “But if it’s not, it’s not.

“To go to Everton is a very hard game, we know that. They are already probably safe so we will see.

“It seems so long now to that game. I just hope everybody comes back [from the international break] healthy to play the last part.”

De Bruyne already has one medal this season after City’s triumph in the Carabao Cup last month and is desperate to win his first Premier League title in his third season at the club.

His first two attempts ended in disappointment, with both title challenges fading away. And he believes the current squad is the best he’s played with.

“Obviously the results show that [this is the best],” he said. “I don’t think the other teams were bad. But it wasn’t the way it is now.

“Everybody is on such a high level this season, everybody wants to win it and from the beginning of the season everybody stepped it up a level and it remains the same.”