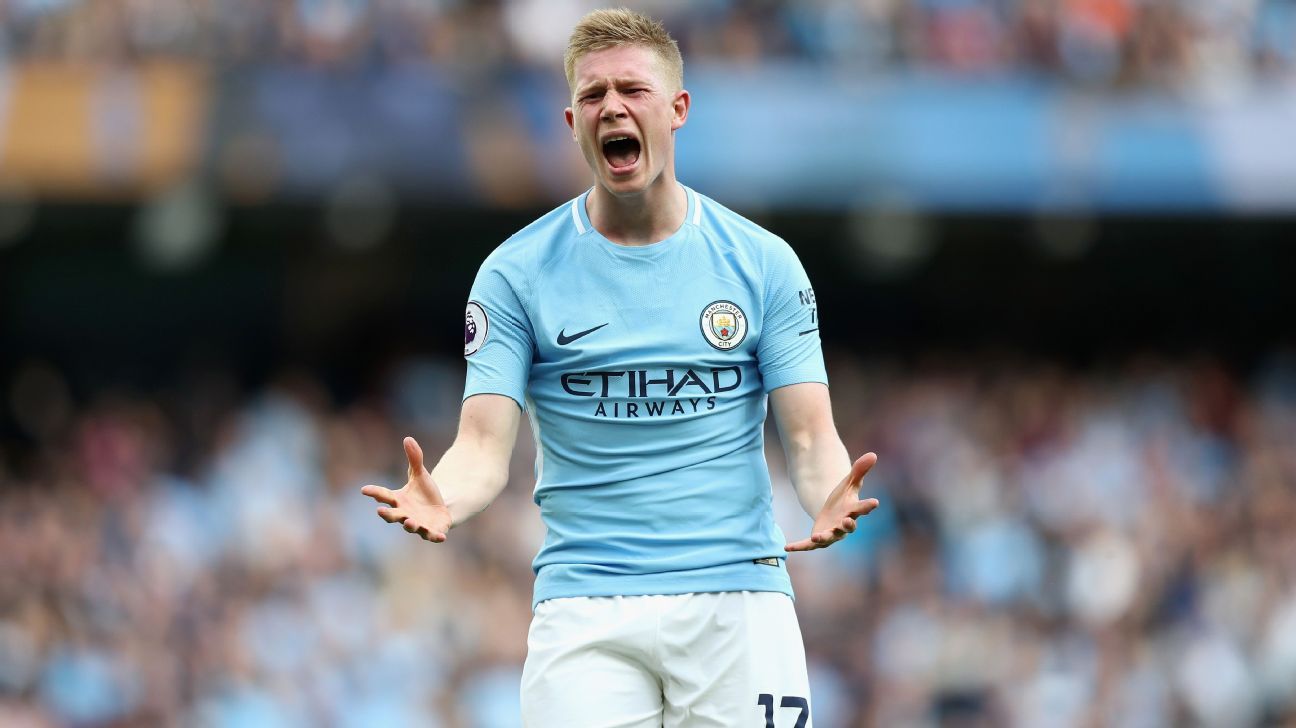 
Manchester City forward Gabriel Jesus joined the chorus of approval for Kevin De Bruyne after City swept Stoke aside 7-2 at the Etihad Stadium on Saturday.

De Bruyne was again at his scintillating best as City moved clear at the top of the Premier League, marking his 100th appearance for the club with a dynamic display that saw him set up four goals.

Stoke boss Mark Hughes said De Bruyne was “head and shoulders above anybody else in the Premier League” and Gabriel said: “He is one of the best players in the world.

“His quality is outstanding as an individual out on the pitch, but it’s the way that he makes that work for the whole team, and connects with the other players, that makes him special.

“Kevin deserves the love from the fans. We can’t decide who they show their affection to but the important thing is that every player gives their all out on the pitch.

“We are scoring goals, making assists and winning games and that is the main thing.”

Hughes, whose side came from 3-0 down to 3-2 before City scored four more goals, said: “Players like De Bruyne see those situations and then they just take the game away from you by the quality of their play.”