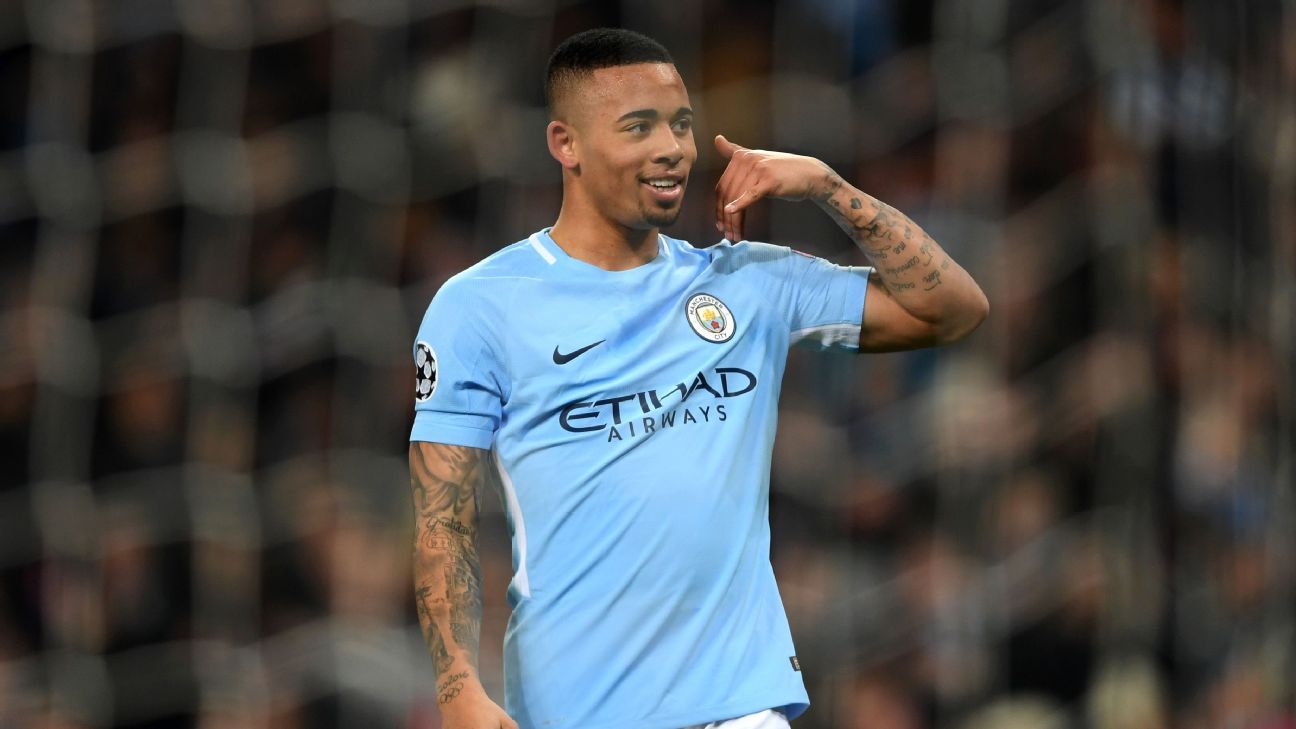 
Gabriel Jesus admits his knee problems have been at the back of his mind during his recent return to action for Manchester City.

The Brazil striker, who was sidelined for two months after suffering ligament damage on New Year’s Eve, stepped up his comeback by starting in Wednesday’s Champions League clash against Basel.

The 20-year-old, who had appeared as a substitute in the three previous games, also got back on the scoresheet for the first time since November by netting after just eight minutes.

It did not prove enough to prevent City’s first loss at the Etihad Stadium in 15 months, with the Swiss side coming back to win 2-1, but progress to the quarterfinals was still comfortably secured 5-2 on aggregate.

Jesus said: “When you are in the game, without wanting it, you end up thinking about the previous game where you got injured; you have a bit of fear.

“But, as you are playing more and more, you are going to get that fear away and play your football.

“I think I still played with some fear. There’s some movements when I still have some worries about getting injured again.

“I know anything can happen, but I’m sure that the more you play, the quicker that fear is going to go away.”

Despite his concerns, Jesus did not feel any ill effects as he completed 90 minutes.

“Physically, I’m feeling very well,” he said. “Tactically, too. I’m a bit sad for the result, that’s not what we wanted, but I’m happy we have got through to the next round.”

City looked to have picked up where they left off after last month’s 4-0 first-leg win over Basel as Jesus turned home Bernardo Silva’s low cross.

But after making six changes for an ultimately inconsequential game, City lacked intensity and Basel hit back to restore some pride with goals from Mohamed Elyounoussi and Michael Lang.

Jesus now hopes to play a part as City look to wrap up the Premier League title and continue in Europe, but he has no issues about having to bide his time behind Sergio Aguero, who has hit form in his absence.

“Aguero is my teammate and I’ll always cheer for him to score and help the club,” Jesus said. “When the opportunity comes for me, I’ll do my best and I’m sure that they’ll support me.”

Jesus is of a similar opinion of Liverpool’s Roberto Firmino when it comes to international duty.

He said: “We compete for the position, but we’re friends as well. If Firmino is doing well, I’m happy for him.”

Another Brazilian with injury problems is the world’s most expensive player, Neymar. The Paris Saint-Germain star has undergone surgery to repair a broken foot, casting the remainder of his club season in doubt.

Jesus, who had a similar problem last season, said: “Neymar sent me a message right after his injury. I told him how I felt and how my recovery was. He is a fighter and everything is going to be fine.”