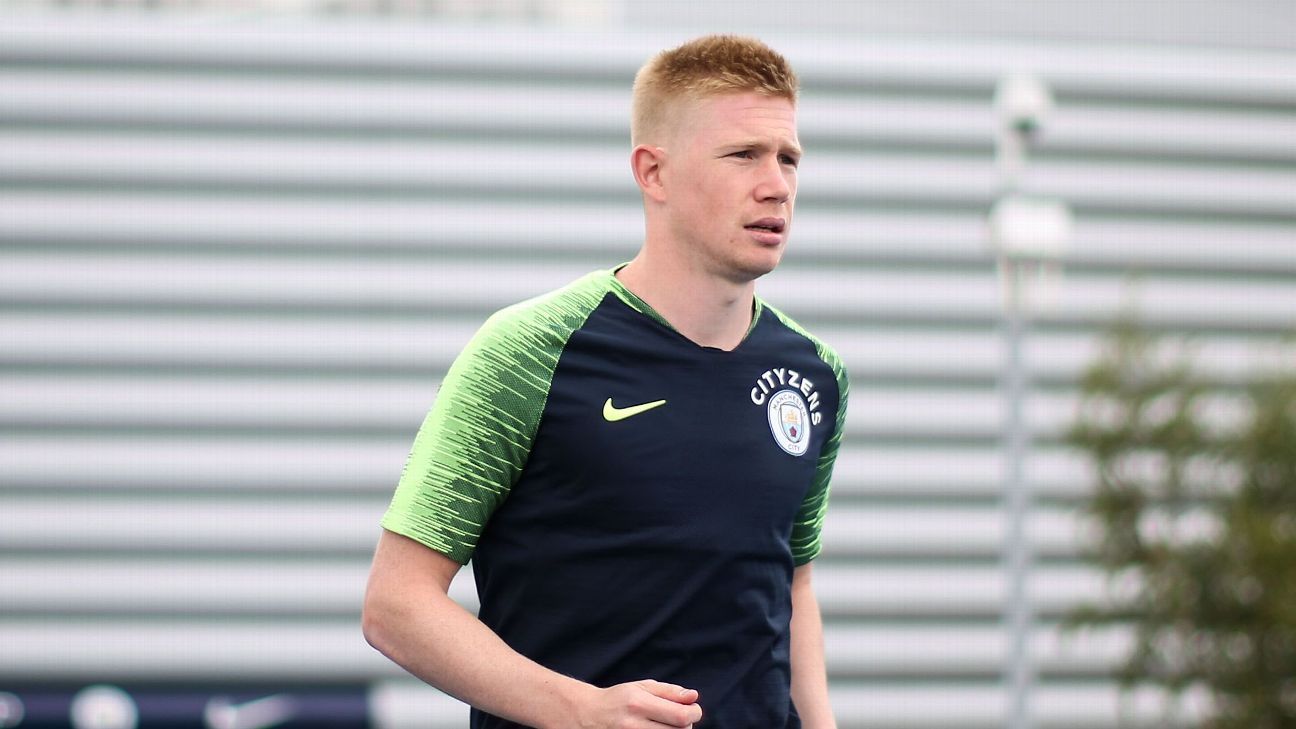 
MANCHESTER, England — Kevin De Bruyne has said Manchester City will have to keep winning to match Liverpool this season.

Liverpool, who are unbeaten and have dropped just six points, regained their two-point lead over City at the top of the Premier League with a 3-1 home win over Manchester United on Sunday.

“I don’t know why they can’t sustain it — I think they will go on to the end,” Belgium midfielder De Bruyne told reporters following City’s 3-1 victory over Everton on Saturday.

“To be fair, I’m not too worried about them — they will do what they do and we’ll have to try to win our games and go forward.

“They’ll try to keep pace with us and vice-versa. But it’s still early. There’s no pressure — we need to do what we do.”

De Bruyne played his first Premier League minutes of the season as a second-half substitute against Everton after recovering from a knee injury.

The 27-year-old is set to start Tuesday’s Carabao Cup game against Leicester as he builds up his fitness ahead of a hectic Christmas schedule that brings six matches in 19 days.

Liverpool were knocked out in the third round, but City boss Pep Guardiola said City would rather be chasing silverware than having a free week.

“I cannot imagine going into a game thinking it will be better to lose because then we’ll have more time to rest,” he told a news conference. “I have never thought in that way.

“So you never know. We’re going to play the games until the end. If it happens it happens, if it doesn’t, it doesn’t. If we arrive in February, March, April exhausted, unlucky — but what can we do?”

Meanwhile, Guardiola said he thought Gabriel Jesus would benefit from having his family back with him in Manchester after a difficult start to the season.

The 21-year-old scored twice against Everton — his first Premier League goals since August — after his family joined him from Brazil.

“We can’t forget that football players are human beings, and there are many players who have the talent but are in bad, bad form because of personal issues,” Guardiola said.

“Gabriel has that feeling that, with his family here, he will be calmer, better. It’s good to have your family there. I could not live without my family, for example.”