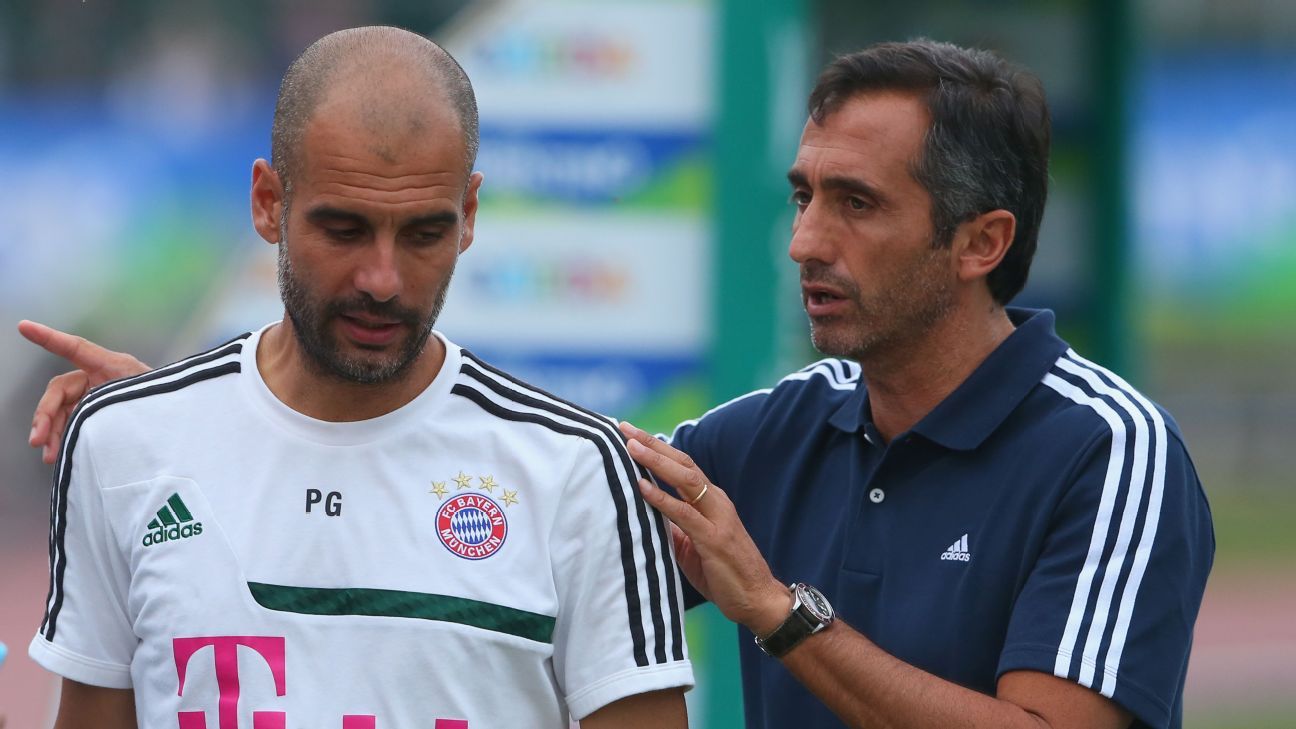 
Pep Guardiola’s right-hand man has dismissed suggestions that the Catalan’s first season at Manchester City was a “disaster” and says that anyone who cannot see the progress being made by the club must have “bandages over their eyes.”

Manel Estiarte, who has worked closely with Guardiola at Barcelona, Bayern Munich and now at the Etihad Stadium, says that the City players are completely on board with the 46-year-old’s playing philosophy.

City finished third in the Premier League last season, 15 points behind champions Chelsea, as Guardiola ended a campaign without a trophy for the first time in his managerial career.

But Estiarte says City have played as well as Barca or Bayern at times this season, although he concedes they need to be more consistent.

“There have been very good moments in games that you can compare to the teams that we all think about — the best Barca and the best Bayern,” he told Ara. “There would be a list of 10 or 15 games that we have played at a very high level independently of whether the result has gone for us or not.

“I wasn’t expecting to play so many games at that level in the first year, although it is true that in terms of titles and results we could have been much closer.”

Asked about the criticism of City’s season, Estiarte added: “They can say what they want. Maybe they say that out of jealousy or because they don’t understand or because they have a bandage over their eyes.

“Do you know why it’s not a disaster? Because those of us that are lucky to be on the inside realise that the players are absolutely convinced of this metamorphosis of the game, however it ends.

“The players know that this is a different type of football, new, and one that we enjoy. Of course we want to win, and if you don’t win you are disappointed. But how natural it is when you see it day-to-day, in the players, the staff, in training. It allows us to say that it’s going well.”

Estiarte believes the Premier League is the most competitive division in Europe with more teams challenging for the title than elsewhere on the continent.

However, he says English teams still have some way to go to catch up with the sides that are regularly reaching the latter stages of the Champions League.

“On one side, Barcelona, [Real] Madrid, Bayern and Juventus are at another level, but on the other side, when they say that the English league is the only one where six or seven teams can compete to win the league, you have to say they are right,” Estiarte said.

“In Spain there are three candidates to win the league, and the third has appeared in the last three years. In Germany there are two, and one has taken a step backwards. In Italy there is one-and-a-half, and in France there had been one until this year.

“The truth is that in England, and because of this we’re having such a good time, Tottenham, Chelsea, [Manchester] United, Liverpool, Arsenal and City can win the league, and last year [2016] none of those won it. It means that we are in a different situation.”

Estiarte, who won a water polo gold medal at the 1996 Olympics, added that City need to improve on the small margins that contributed to their third place finish and round-of-16 exit in the Champions League last season.

“Everybody has seen that many games have escaped us by missing penalties, attacking and attacking, and by small details,” he said. “From here we have to improve the quality of the team. We have played the biggest games with 90 percent of the team that had played the year before.”