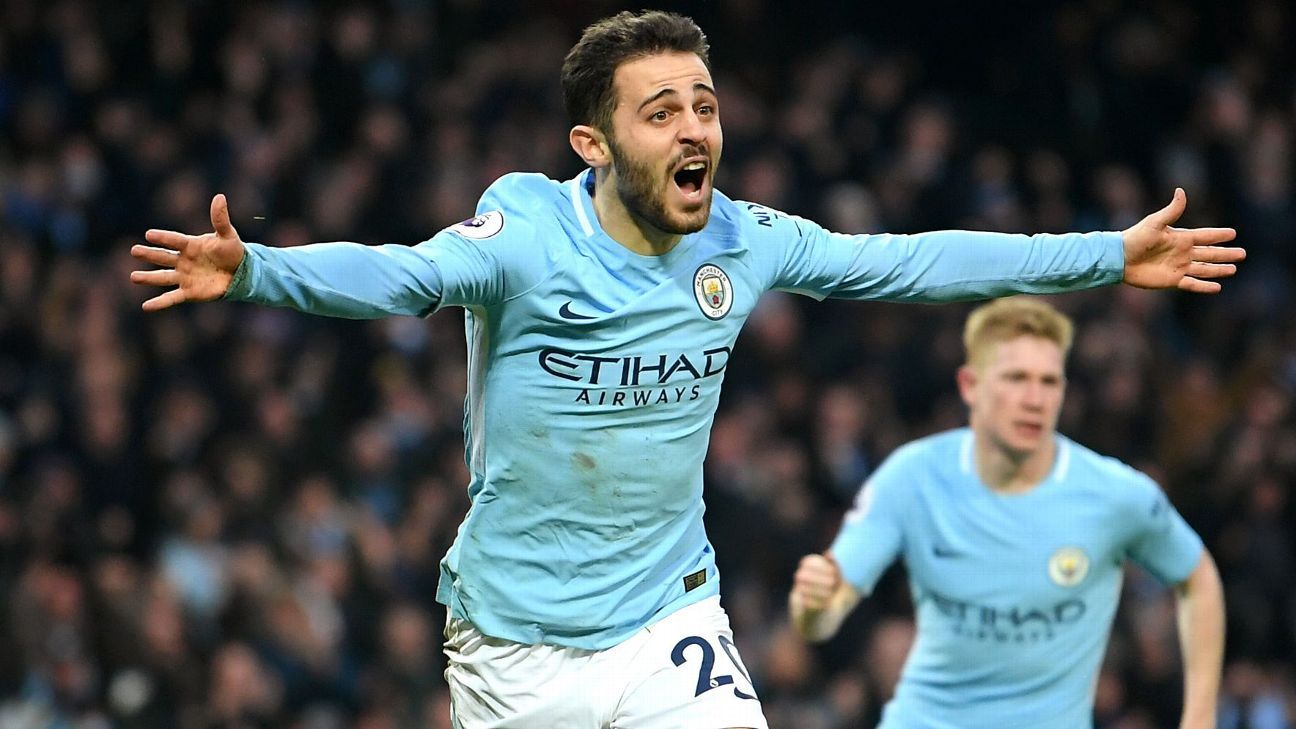 
Bernardo Silva would have liked Liverpool’s new signing Fabinho to have followed him to Manchester City.

The Brazil midfielder has become Liverpool’s first signing of the summer after completing a £44 million switch from Silva’s former club Monaco.

Silva, who left the Ligue 1 side last summer, has tipped Fabinho to play at the top level for another 10 years and would choose between him and Paris Saint-Germain striker Kylian Mbappe as his top choice of former teammates to join him at the Etihad Stadium.

“The normal choice is Mbappe. In coming years, he can become one of the best in the world,” Silva told French newspaper L’Equipe. “But I can’t decide between him and Fabinho.

“Fabinho still has 10 years ahead of him and I really enjoyed playing with him. He’s very intelligent, he’s a very good person and a fantastic player.”

Silva has no regrets over his move to City, helping the club to a Premier League and League Cup double, although the Portuguese international admits he misses the Monaco sunshine.

“[I am] very happy. During the last six months, I played a lot. I started almost 30 matches, it’s not bad,” he added. “I really enjoyed this season. These players, this team, it’s fantastic to be here. It’s perfect, apart from the weather.

“They should also buy the sun. When I left, people said to me: “Bernardo, you’re going to be cold there.” I said to myself: “Yes, in Portugal and in Monaco, there’s two months during which it’s cold. Here, it’ll last four or five months.” But no, it lasts eight or nine months!”

The 23-year-old forward is set to make his World Cup debut in Portugal’s opener against Spain on Friday.

But it could be the final major tournament for international teammate Cristiano Ronaldo, who turned 33 in February, although Silva says he won’t be the replacement for the five-time Ballon d’Or winner.

“It’s impossible to replace Cristiano, everyone knows that. He’s one of the best players of all time,” he said. “One day, yes, he’ll stop and it’ll be up to us to keep Portugal as high as possible.

“I always try to be as ambitious a player as possible. If I need to be there for Portugal, I will try to be there.

“But we have a lot of very good players that can do it. A bit like at City, you have four, five dominant players and the others who, together, make a very good team. When Cristiano stops, we’ll try to do that.”