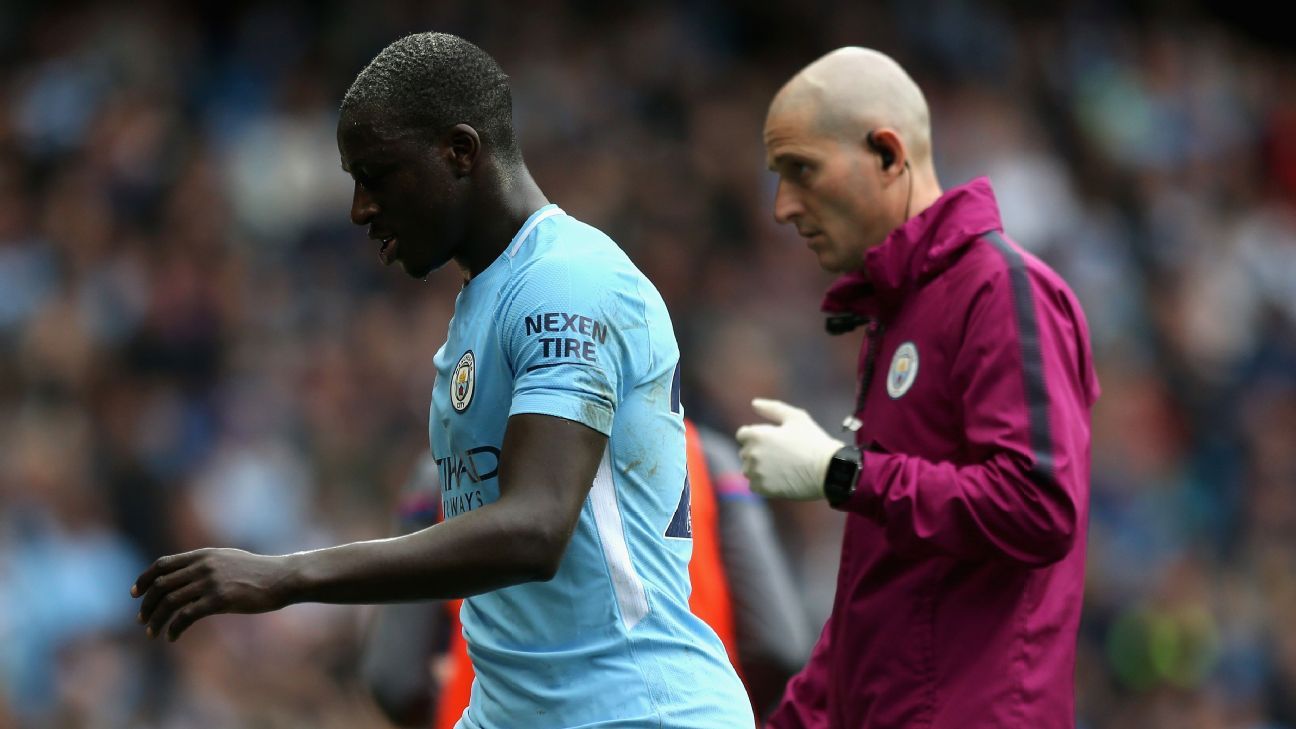 
Manchester City defender Benjamin Mendy is flying to Barcelona for tests on a knee injury, sources have told ESPN FC.

Mendy, 23, will visit renowned specialist Dr. Ramon Cugat to confirm the extent of an injury suffered in Saturday’s 5-0 victory over Crystal Palace.

The France international injured his knee in a tackle on Andros Townsend and was taken off in the 29th minute. Mendy’s knee was heavily swollen after the incident and first tests were inconclusive.

City’s medical team had hoped he had just suffered an impact injury — but he will now have tests to see if he has suffered any ligament damage.

Vincent Kompany, Ilkay Gundogan and Kevin De Bruyne have all been treated by Dr. Cugat, who is a trusted specialist that Pep Guardiola has worked with since being in charge at Barcelona.

Mendy joined City from Ligue 1 champions Monaco this summer for a reported £52 million, and after missing the start of the season with a thigh strain he showed his quality in the emphatic victories of Liverpool, Feyenoord, Watford and Crystal Palace in which City scored 20 goals without conceding.

A major injury to Mendy would be a significant blow to Guardiola, who is without a recognised back-up left back. Right-back Danilo, midfielder Fabian Delph and winger Leroy Sane can all provide cover in the position, but City could potentially try to bring in a new signing in January.

But ahead of the Champions League game with Shakhtar Donetsk, Guardiola hinted an injury to Mendy would be a problem.

“We are going to find a solution,” he told a news conference. “[Delph] is a midfield player but he can play left-back. Fabian can help us a lot.”