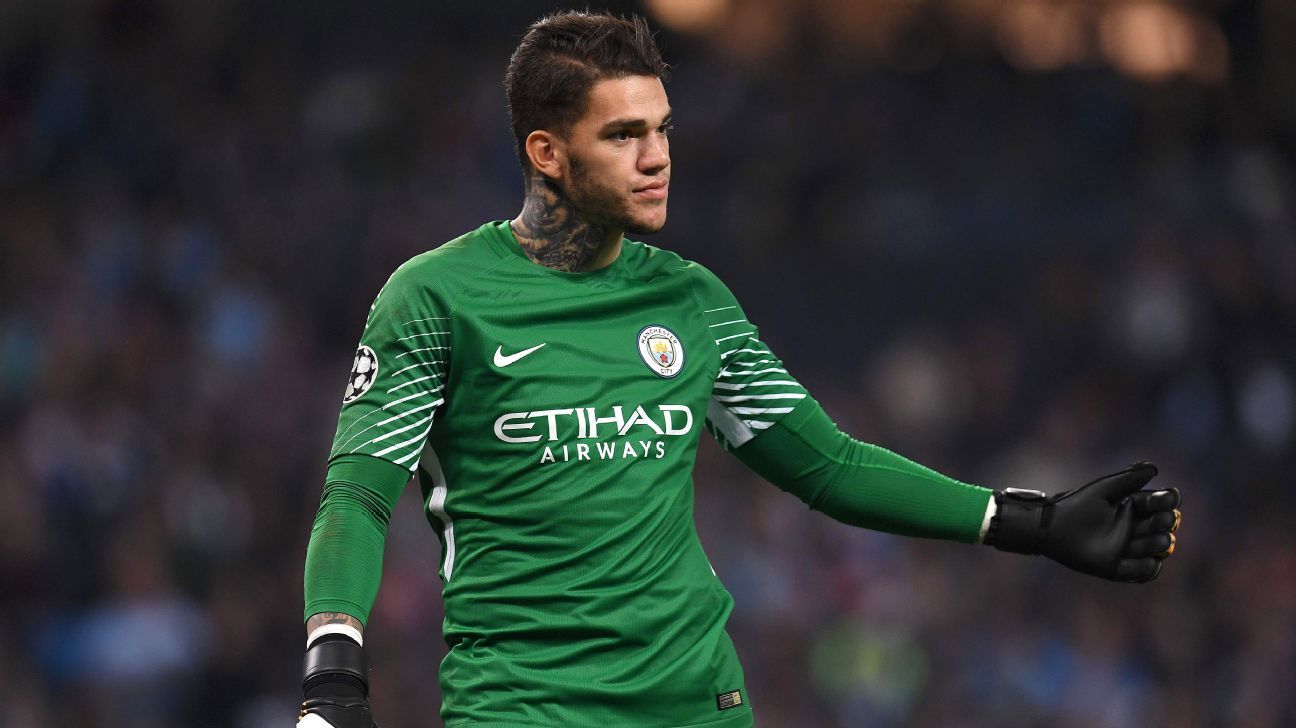 
It’s only seven weeks since the Premier League season kicked off, but Ederson already seems to have answered one of the biggest questions being asked about Manchester City at the start of the season — their goalkeeping issues.

The Brazilian arrived as a relative rookie with no international caps and just one season behind him as first-choice at a top-level club but still commanded a £34.7 million price tag from Portuguese champions Benfica, which made him the most expensive keeper in history (second if you count the exchange rate from Gianluigi Buffon’s move from Parma to Juventus in 2001.)

Ederson was under pressure and that ramped up when he made an error in preseason that gifted Romelu Lukaku a goal in the 2-0 ICC defeat to Manchester United in Houston.

But the 24-year-old now looks the perfect No. 1 for Pep Guardiola — helping City to the top of the Premier League while not conceding a goal in his last 573 minutes on the pitch. Not only has he cured one of City’s biggest problems in Guardiola’s first season, but has improved the team. Here’s how…

It’s a basic requirement of a keeper to make saves but predecessor Claudio Bravo struggled to do it. At one point last season during an eight-game run, the Chile international conceded 14 goals from just 22 shots on target and Guardiola was forced to take him out of the firing line and bring in backup Willy Caballero.

After seven league games last season, City had one clean sheet and had conceded seven goals. This time they have five clean sheets and have let in just two. And Ederson didn’t have a chance with either of those goals — Wayne Rooney’s effort from close range for Everton and Charlie Daniels’ thunderbolt in the Bournemouth game.

He has dealt with everything else thrown at him and was called upon to make crucial saves in the recent wins over Shakhtar Donetsk and Chelsea — City’s biggest tests of the season so far.

At Bayern Munich, Guardiola had the best sweeper keeper in the world in Germany international Manuel Neuer but Bravo wasn’t able to replicate his style and with City offering a large amount of space behind their back-four, he was too often pinned in his own area.

Ederson is quick to spot danger, race off his line and snuff out a threat. He was even confident enough to do it in the pressurised environment of a narrow victory at champions Chelsea on Saturday.

It’s a risky strategy and he will not always get it right — Lukaku nicked the ball away from him in the preseason, while he narrowly beat Sadio Mane to a through ball in the 5-0 win over Liverpool and collected a horrible kick to the face for his trouble — but Guardiola believes the benefits are worth the risk and Ederson is happy and brave enough to enact it.

Guardiola’s biggest reason for replacing Joe Hart with Bravo in his first season was to have a keeper who was comfortable with the ball at his feet. It was the one area of the Chilean’s game that was a success but City have improved on this with Ederson in the side. The Brazilian has an 82.7 percent pass completion rate compared with Bravo’s 72.6 percent for the previous season.

He is able to receive the ball in difficult situations and pick the right pass to break opposing presses or set up an attack. He also has an incredible kick from a dead ball that can reach the edge of the opponents’ box meaning they can’t switch off at any time with Sergio Aguero and Gabriel Jesus each catching out defences by standing beyond the back-four without being offside.

Confidence of his defenders

Ederson’s arrival and solid start has been a significant reason why the defenders in front of him have noticeably improved. John Stones had a difficult first season but his all-round game is significantly better and that’s helped by knowing that not every slight mistake is guaranteed to be punished.

Defensive partner Nicolas Otamendi has also stepped up and with those players at ease with their defending, it means they can focus on the attacking side of their game and playing a part in City’s possession style.

No one’s talking about Joe Hart

This time last year, many pundits were questioning Guardiola’s decision to jettison the England keeper, who had been seen as untouchable after being a key part of City’s success under Roberto Mancini and Manuel Pellegrini. But, 12 months on, attitudes have changed and no one is talking about the potential of Hart being City No. 1 again once he returns from his West Ham loan, despite him having another 18 months remaining on his City contract.

While Guardiola is not fazed by people questioning his decisions, the debate over his treatment and decision of Hart now seems to be finished.