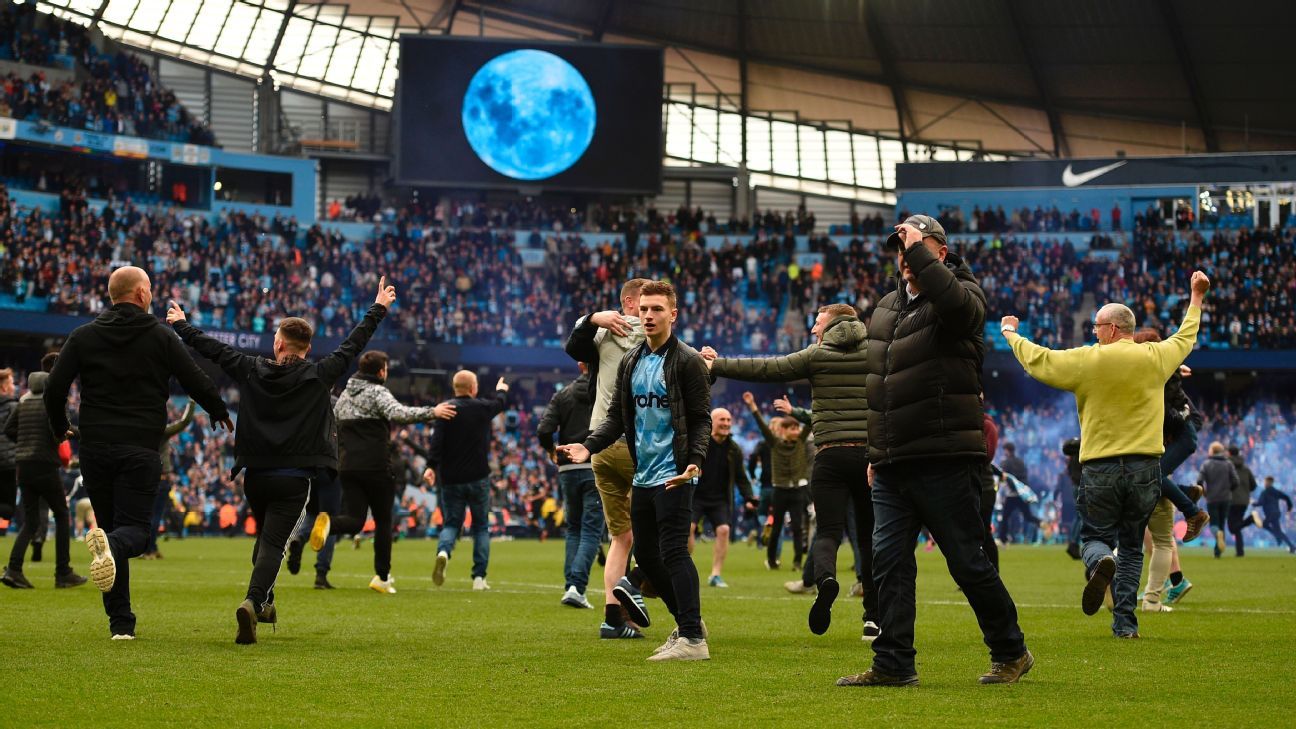 
Manchester City will not face action over the pitch invasion which followed Sunday’s Premier League win over Swansea, sources confirmed on Monday.

Thousands of supporters swarmed on to the field at the Etihad Stadium to celebrate the team’s title win after Pep Guardiola’s side thrashed the Swans 5-0.

Pitch invasions are not generally allowed but the Football Association does review each on an individual basis and is taking a common-sense approach in this case.

The FA sought observations over the matter but sources confrimed it will go no further as the governing body believes the incursion to be celebratory in nature.

It had been City’s first match since securing the Premier League title but they are not due to be presented with the trophy until after their home game with Huddersfield on May 6.

“Football is an emotional game. I understand you have to be careful, but when they feel they want to share that they are happy, it is better they stay where they should stay, but I’m not going to tell them ‘don’t do that,'” the City boss told a news conference.

“If they are happy I like to be close with the team. They show how happy they are and that is the most beautiful thing we can live like professionals, a manager and football players. We felt that today. The fans here were so happy.

City have two games left to play at the Etihad Stadium and Guardiola joked that he would prefer if they looked after the pitch.