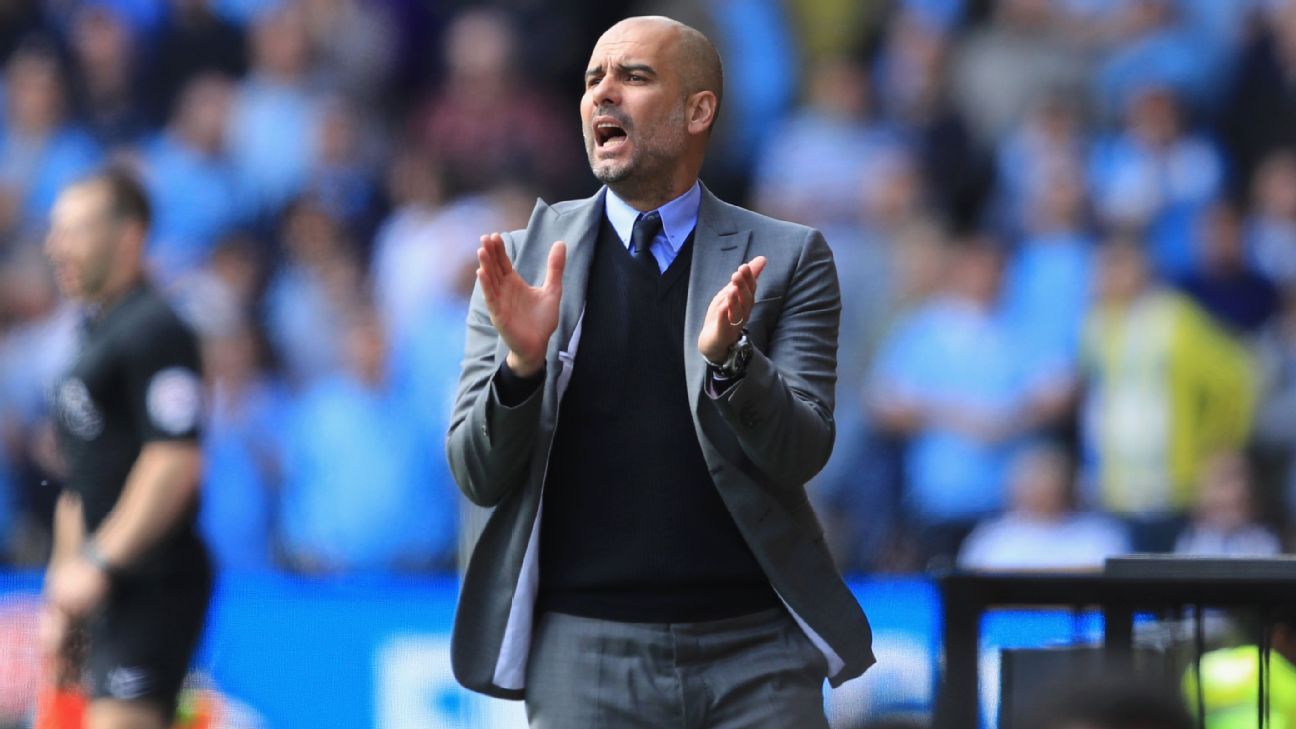 
Pep Guardiola insists Manchester City will improve next season following the disappointment of a trophy-less first year in English football.

Expectations of silverware were high after Guardiola, who had enjoyed huge success at previous clubs Barcelona and Bayern Munich, replaced Manuel Pellegrini at the Etihad Stadium last summer.

However, his side failed to mount a Premier League title bid and eventually finished third, while they also came up short in both domestic cup competitions and the Champions League.

City are scheduled to kick-off the upcoming campaign at newly-promoted Brighton on Aug. 12 and Guardiola is confident his side can make progress.

“The teams every year do better than the year before — we’ll be better next season.”

City have already begun rebuilding their squad, bringing in Benfica goalkeeper Ederson and Monaco attacking midfielder Bernardo Silva for a total of around £76 million.

Guardiola says he is happy in his job and relishing the start of the new season.

“I enjoy a lot [managing City], I said many times,” he added.

“Always when you win you are a god and it’s good but during the process, 11 months together, you can enjoy being with your staff and your players and imagining new games, new actions.

“But the opponents always play and play good, sometimes you can beat us but the beautiful thing is the process.

“I was so happy last season in Manchester, being manager there and that’s why I’m so delighted to start again.”