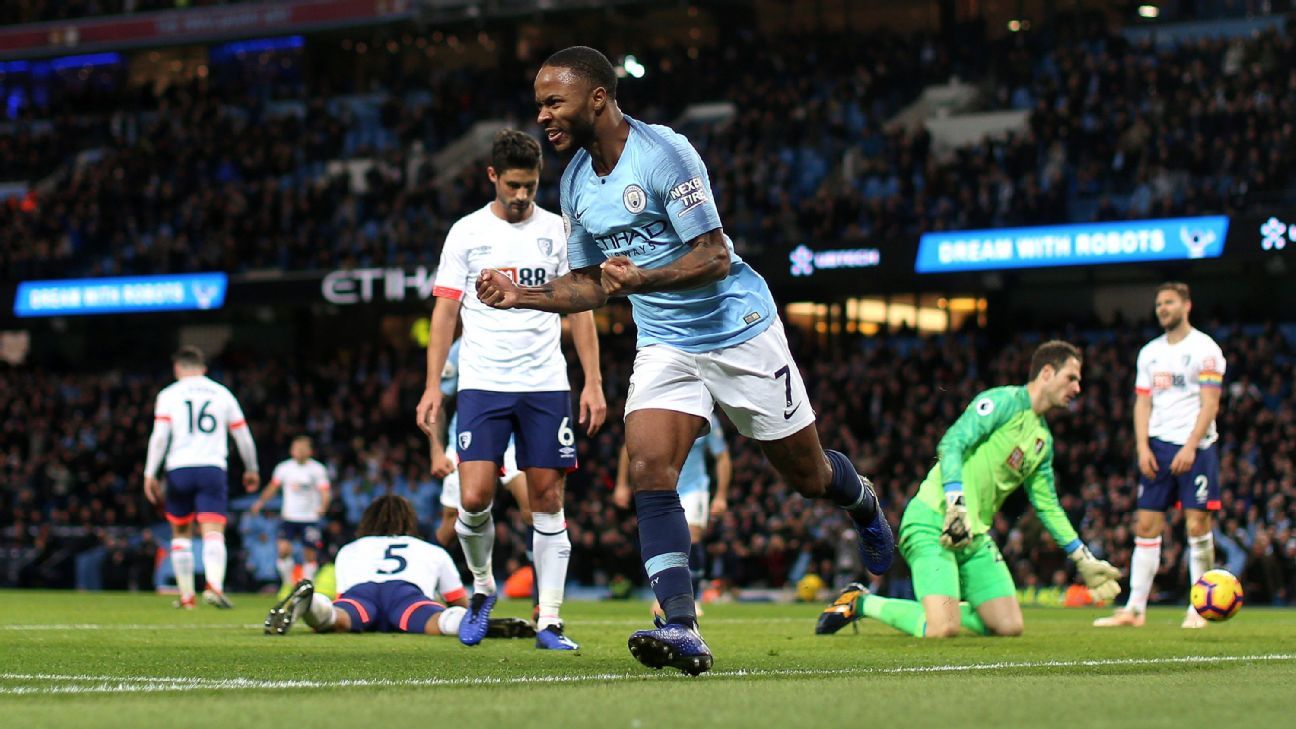 
MANCHESTER, England — Pep Guardiola joked that his “ridiculous” half-time speech had nothing to with Manchester City’s second-half improvement in their 3-1 victory over Bournemouth,

The City manager admitted his side had found it tough against the Cherries with the sides level at half-time but credited with young wingers Raheem Sterling and Leroy Sane with turning the game in their favour.

“The last 20 minutes [of the first half] we were flat, we had no rhythm that we need but that is normal, it is so tough,” he told a news conference.

“We spoke about it at half-time but my speech was ridiculous because it didn’t work because the first five or 10 minutes was quite similar to the first half.

“But Raheem started a slalom and that action changed the game. Leroy, I don’t know what he ate — maybe it will be on the menu for the next games for everybody — and changed the direction [of the game].”

Guardiola has now challenged Sane to perform in the same manner every week after his influential second-half performance, which culminated in setting up Ilkay Gundogan for the third goal.

“When he is going to complain in the future to his manager that he doesn’t play, I will send this video because if he plays this way, he is going to play,” the City boss added.

“He has to challenge Riyad [Mahrez] and Raheem and Kevin De Bruyne, who is coming back. I ask all of them the best [performance] of them so if you want to be competitive in all competitions, there is no other option.

“He was incredible, offensively, defensively, creating chances, positive in the mind, reactions were good. We never doubted Leroy but he is young, and he is a little up and down. Maybe in the future, he will be more consistent like Fernandinho, David Silva and Bernardo Silva — every game eight or nine [out of 10].”

The win saw City move five points clear at the top of the Premier League and put the pressure on their top-six rivals, who are all involved in derbies on Sunday.

At least one of their close contenders will lose ground with Arsenal and Tottenham meeting in the North London derby, although Guardiola said they should expect second-placed Liverpool to beat city rivals Everton.

“I think it is too early to see how decisive it will be — we didn’t finish the first round [of fixtures] but we play today and tomorrow one of Arsenal and Tottenham or both will drop points,” Guardiola said.

“We will prepare the game at Watford and watch the games. Our success in the last 15 months is we don’t care too much about the other ones. I tell them to expect the best from the other sides, expect Liverpool is not going to drop points. They are tough sides.”