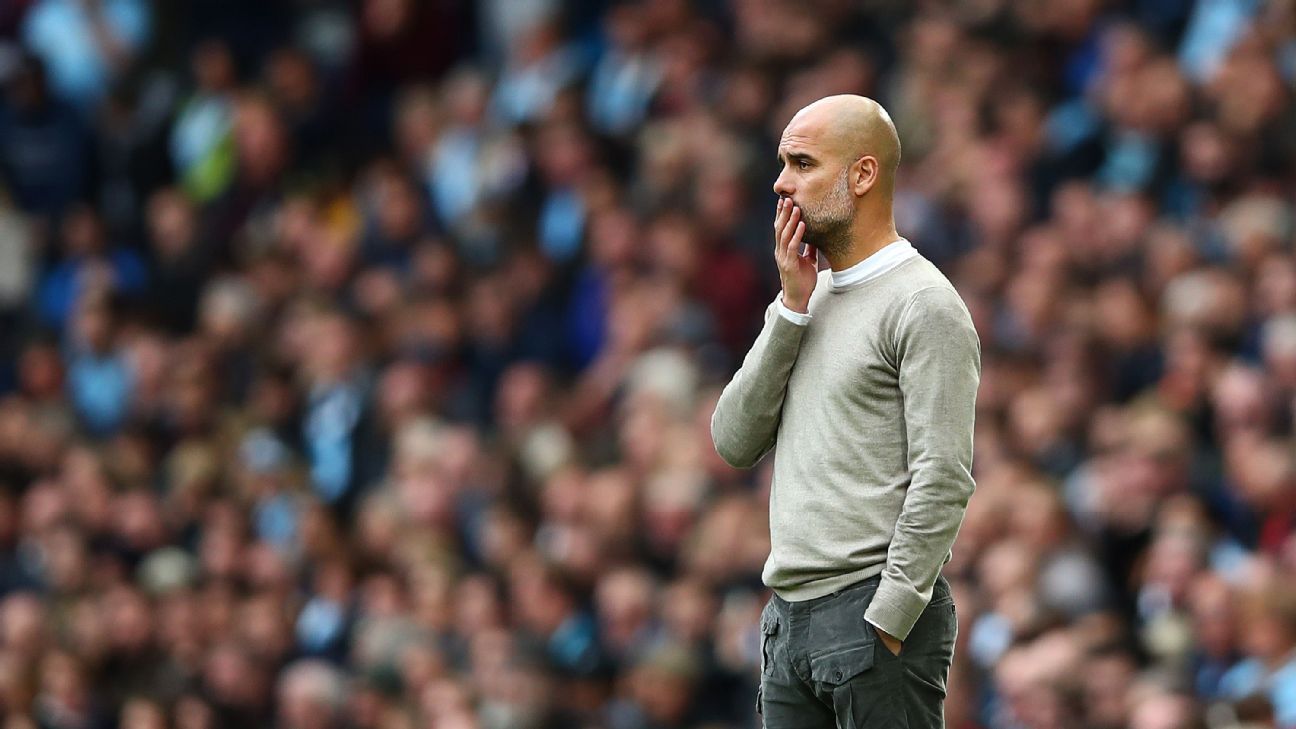 
Manchester City suffered a damaging 2-0 defeat to Wolves at the Etihad Stadium on Sunday as they lost ground in the Premier League title race.

Adama Traore scored a late double for the visitors, as Pep Guardiola’s side were punished for their sloppy play.

City find themselves eight points behind leaders Liverpool heading into the international break.

“I know these guys, they can still do it. It was a bad day, a bad game. Credit to the opponent. What’s happened has happened,” Guardiola said.

“Today was the day we were not on our level. The previous games were good. The distance is big, Liverpool have not dropped points.

“Now is the time to come back. The results will dictate the situation, but we are in October and there’s a long way to go,”

The champions went into the match without the injured Kevin de Bruyne and the club confirmed before kickoff that Benjamin Mendy had suffered a hamstring injury.

Wolves had the first real opportunity to open the scoring when Patrick Cutrone went through one-on-one but he dragged his shot wide.

The visitors missed another golden chance to score but Fernandinho blocked close range efforts from Cutrone and Raul Jimenez.

City failed to produce a shot on target in the opening 30 minutes of the game.

The hosts improved in the second half and David Silva came close when his free-kick struck the crossbar. Moments later, Cancelo found Bernardo Silva in the box but his goalbound strike hit Sergio Aguero and deflected away from danger.

With 10 minutes remaining, Wolves went ahead through a great counter attack as Jimenez set up Traore who produced a composed finish past Ederson.

City had chances to level but Traore scored in stoppage time to seal the win for Wolves.