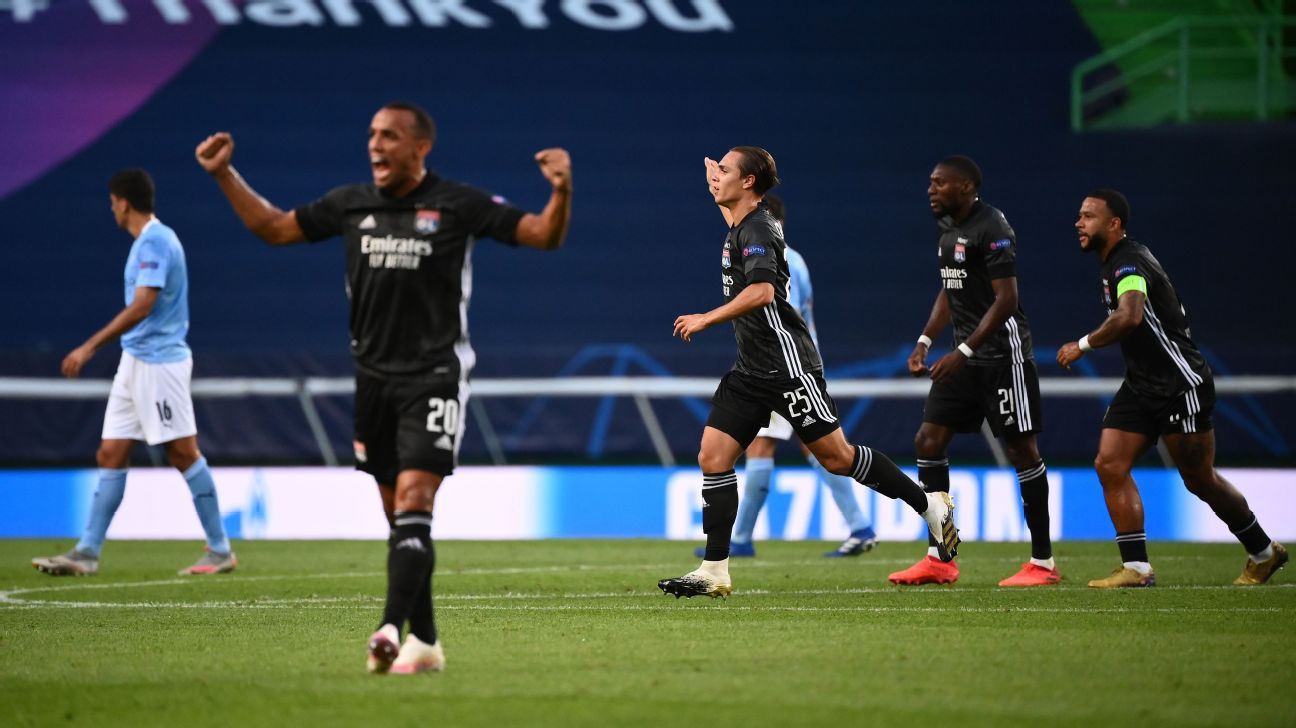 
Lyon stunned a mistake-prone Manchester City 3-1 in Lisbon on Saturday to reach the club’s first Champions League semifinal since 2010.

The unlikely victory sets up a last-four clash on Wednesday with Bayern Munich, who destroyed Barcelona 8-2 in their quarterfinal on Friday.

Lyon took an improbable lead after catching Ederson well off his line in the 24th minute. Karl Toko Ekambi was played in on a long through ball which drew the Brazilian out to intervene. A last-ditch tackle from a City defender rolled the ball into the path of Maxwel Cornet, who deftly curled his long shot around the keeper and just inside the near post. A VAR review confirmed there was no offside on the play and Lyon celebrated their early advantage.

City needed 69 minutes until they got their breakthrough, but it finally came through the ever-present Kevin De Bruyne who dashed into the box and slotted home Raheem Sterling‘s layoff after fine work from the England international.

However, Lyon went back in front in the 79th through Moussa Dembele following a careless Aymeric Laporte giveaway at midfield. After running onto a through ball that an offside Ekambi let run through, Dembele shot between Ederson’s spread legs and into an empty net from the edge of the area.

Sterling inexplicably missed a chance to equalise from inside the six-yard box after an inviting cross found him totally free and with the entire goal to shoot at in the 86th minute. And Demebele sealed the game 59 seconds later — the second-half substitute taking advantage of a spilled catch by Ederson and cushioning his volley into an empty net.