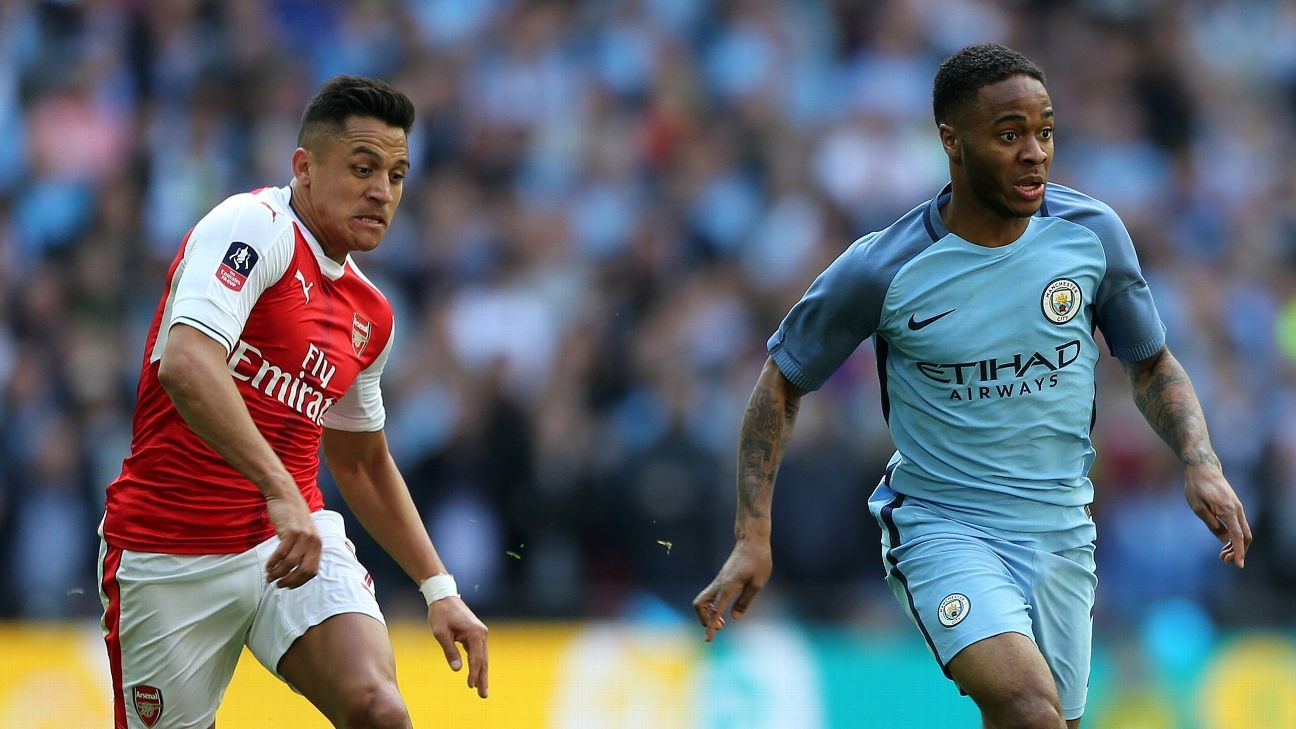 However, club sources insist that City want a cash-only deal for Sanchez and say they have not offered Sterling to the Gunners.

City boss Pep Guardiola has been chasing Sanchez all summer despite Arsenal’s insistence that the player is not for sale.

And in news first reported by the Mirror, sources close to Sterling say that Guardiola is now ready to sacrifice the 22-year-old by offering him in exchange plus money to try to persuade Arsenal to sell them Sanchez, 28, before Thursday’s transfer deadline.

City, though, insist that Arsenal are pushing for Sterling to be included as part of the deal and that they do not want the player to leave the club.

Sanchez’s future at Arsenal has been the subject of intense speculation with the Chile international in the final year of his contract at the Emirates and yet to agree a new deal.

Sterling has started only one Premier League game so far with City this season against Bournemouth, when he scored a dramatic late winner before being sent off for his celebrations.

The England international faces increased competition for a place in Guardiola’s starting XI following the summer arrival of Bernardo Silva and prior to his start against Bournemouth he was used as a substitute against Brighton and Everton.

Arsene Wenger has said he would be prepared to let Sanchez run down his contract and leave for free next summer, but pressure is growing on the Arsenal boss after his side lost two of their opening games of the season.

He is currently in Chile for Thursday’s World Cup qualifier with Paraguay but club sources say City will send staff to carry out a medical in South America if he is refused permission to leave their training camp.