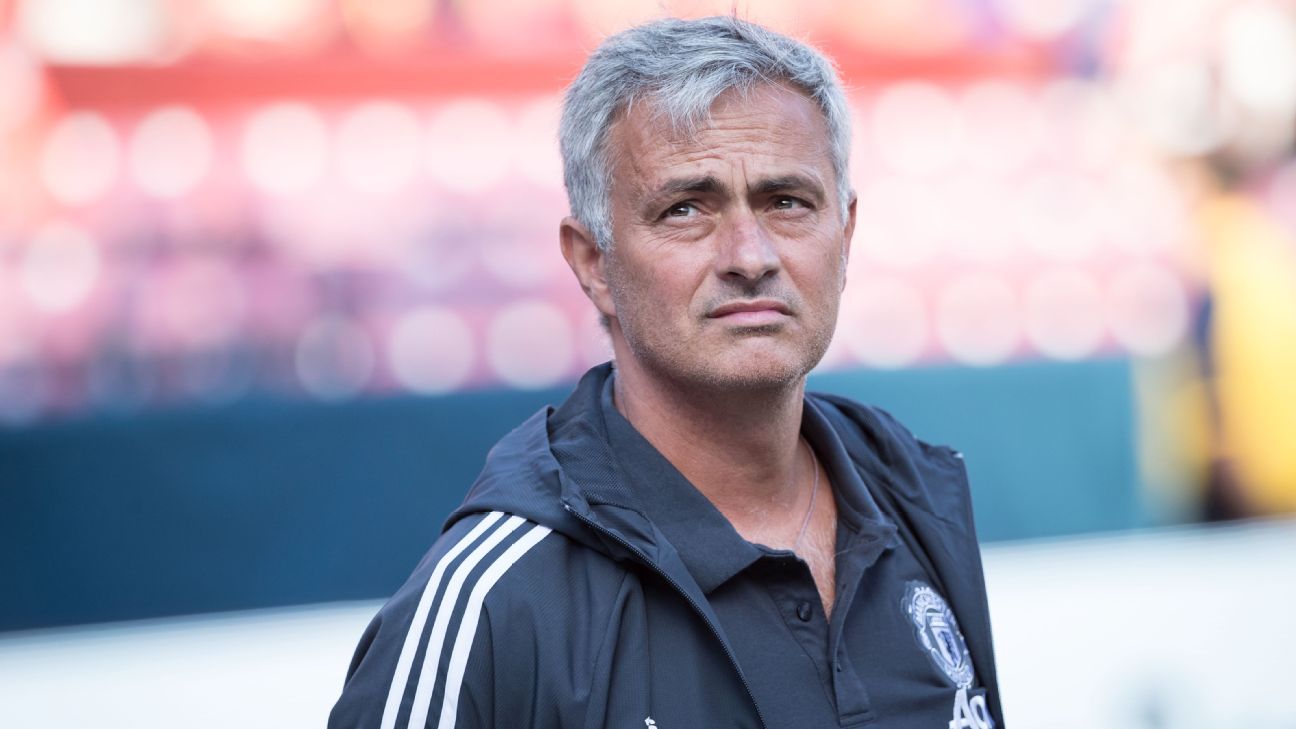 
They say in Manchester that “we do things differently here,” and that maxim certainly applies to how the city’s two football clubs have acted in the transfer market this summer. While Manchester City have dug deep and largely paid over the odds for players to get deals done, Manchester United have played a game of patience, attempting to chip away at a selling club’s resolve in order to pay what they believe to be market value for their transfer targets.

Some might argue that Romelu Lukaku, whose transfer fee from Everton to United could eventually rise to £90 million, is an example of United overpaying to land a player, but with Chelsea also in the hunt for the Belgium international, his eventual price tag was the going rate for a proven Premier League goal scorer, regardless of how inflated it might seem.

As Jose Mourinho suggested during United’s preseason tour of the United States, City’s £50 million deal for Tottenham right-back Kyle Walker was an example of the market over-heating.

“I can imagine City would like to pay £25 million for Kyle.” It was a classic Mourinho dig directed at City’s big spending, but he has also said enough about United’s strike-rate in this window to make it clear that he is not satisfied with the business done by the club to date.

Speaking exclusively to ESPN FC last week in Los Angeles, Mourinho said, “I cannot say that I am happy with our transfer window,” before going on to add that “the market is going in such a direction that many players are difficult to get.”

But this is where United and City differ in their approach, and it is a matter of debate as to which club is right and which is wrong.

United are not averse to paying over the odds to get a deal over the line — Paul Pogba’s world-record £89 million move from Juventus being an obvious example — but even the Pogba deal was a drawn-out saga that resulted in the French midfielder arriving at Old Trafford in mid-August, missing the crucial weeks of preseason preparation with his new club due to haggling between the two clubs.

Across Manchester, City are biting the bullet and overspending because Pep Guardiola wants his new players through the door and on the training pitch long before the first ball is kicked at the start of the season.

The Walker fee was excessive, as was the £54 million paid for Monaco left-back Benjamin Mendy, but both players are now adjusting to life at their new club, and the extra millions paid to have them with the squad in mid-July, rather than mid-August, might ultimately prove the difference between winning the Premier League or not next season. Small details matter, and preparation time with new signings is crucial. Guardiola is getting it with his new faces, but Mourinho is still waiting for the winger and defensive midfielder he instructed United to buy before the end of last season.

Inter Milan have made it clear to United that they are willing to sell Croatia international winger Ivan Perisic but will not budge from their €55 million (£49 million) valuation. United do not want to go beyond £40 million for the 28-year-old. The two clubs have been entrenched in their positions now for over a month, and Mourinho’s frustration is growing.

Similarly, a deal for Chelsea’s Nemanja Matic was there to be done in June, but United, perhaps waiting for a breakthrough on top target Eric Dier instead, held back and did not push hard enough to complete a move. But having since beaten Chelsea to the signing of Lukaku, prising Matic from Stamford Bridge has become a much more difficult prospect. With City boosting Tottenham’s bank account with the Walker deal, Spurs are now less inclined to sell Dier for a similar fee.

In the case of Matic and Dier, United have arguably missed their window of opportunity to strike a deal. If they now go back for either player, it will cost more to sign them, and they will arrive at Old Trafford having missed the bulk of preseason.

The same applies to Perisic. A deal was there to be done in June, but for the sake of £9 million, United held off. Perhaps Perisic might turn out to be a smokescreen to a move for Gareth Bale, who continues to be linked with United, but the clock is ticking, and the opening game of the season against West Ham at Old Trafford is now just over two weeks away.

By that stage, City will start the campaign having spent in excess of £220 million but they have the money, and they realise that sometimes, you have to pay a premium to get the players you want when you want them.

United also know this. By and large, their transfer dealings in the post-Sir Alex Ferguson era have seen them pay inflated fees for players, but the difference between United and City is when they have overspent, rather than by how much.

United have developed a habit of overpaying in the final weeks of the transfer window, with their attempts to be prudent often backfiring, all of it coming at the cost of vitally important preparation and adjustment time for the new player. It might go against the grain and lack good financial sense to throw money at a club to sign a player, but if it means getting him through the door a month sooner, it can be worth it.

City have taken a financial hit on Walker and Mendy, but the deals are at least done. As for United, they are now entering the stage of the transfer window in which bad, inflated deals get done for players who have spent the past month wondering where their future lies.

United’s situation might seem to make financial sense, but from a football perspective, it does not.