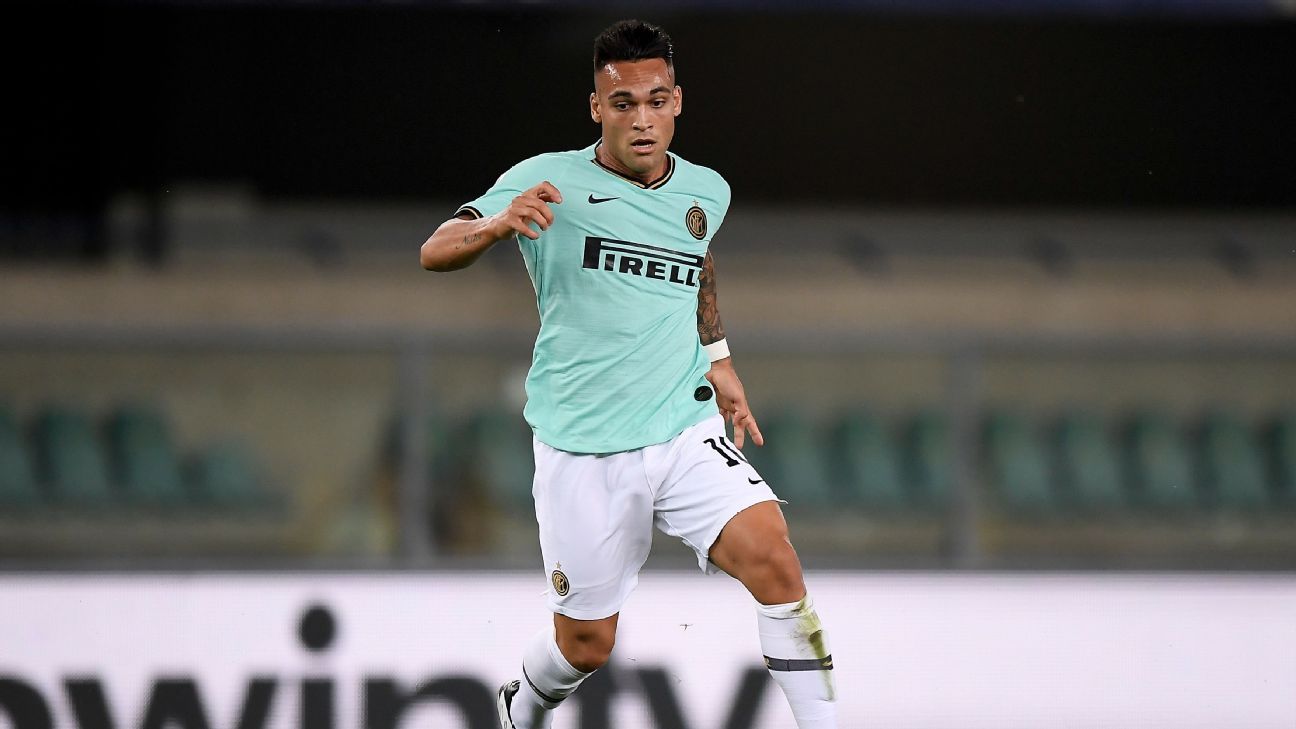 With Barcelona president Josep Maria Bartomeu confirming that transfer activity at the Camp Nou will be put on hold until the end of the season, Manchester City are set to do all they can to spoil the party in the Catalans’ ongoing pursuit of Internazionale‘s Lautaro Martinez.

Spanish publication Marca reports that Man City have been buoyed by the overturning of their two-year ban from UEFA competitions and are now set to go all out to snatch Martinez from under Barca’s noses.

Unlike Barca, City do not have to worry about the intricacies of negotiating a swap deal and are ready to splash €100 million on the man they see as club legend Sergio Aguero‘s replacement, with the Premier League side also able to offer Martinez a more lucrative contract.

Meanwhile, Marca also says that Pep Guardiola is still keen to secure a more adequate replacement for Vincent Kompany and could move for Napoli defender Kalidou Koulibaly if the Italian side miss out on Champions League qualification.

Arsenal still in for Roma’s Kluivert

Arsenal are still keen on signing Justin Kluivert from Serie A side Roma this season, according to reports in Italy.

Corriere dello Sport reports that Mikel Arteta wants to sign the 21-year-old as the Arsenal boss looks to bolster his attacking options ahead of next season.

Roma are said to be willing to part with Kluivert for just £27m, although the Gunners might attempt to agree a player-exchange deal that would see Henrikh Mkhitaryan make his move to the Italian capital permanent following a successful loan spell.

Kluivert — son of Netherlands great Patrick — made the switch to the Stadio Olimpico from Ajax in 2018 but has fallen out of favour after scoring just five goals in that time, assisting seven.

The two clubs are said to have held lengthy discussions over the player, but a deal is yet to materialise.

— Arsenal have held talks with France under-21 international Malang Sarr, who is a free agent after leaving Nice, Goal reports. However, the Gunners are yet to offer a contract to the 21-year-old, who is believed to be attracting attention from several European clubs.

— Elsewhere, the Gunners are set to miss out on Salzburg teenager Dominik Szoboszlai, Football.London reports. The RB Salzburg midfielder is also wanted by Paris Saint-Germain, but is believed to have agreed to join the Rossoneri, who only have to alert the player’s current club of their intention to pay his release clause.

— The Daily Record reports that Sheffield United are set to offer Rangers goalkeeper Wes Foderingham a dream move to the Premier League, although they are still trying to sign Manchester United goalkeeper Dean Henderson for a third successive season. The former Crystal Palace and Swindon man, 29, has fallen out of favour since Allan McGregor‘s move to Ibrox, but he will be offered the chance to compete for the No. 1 spot at Bramall Lane in a surprise turn of events.

— Liverpool forward Yasser Larouci is set to leave the club, with Leeds United and Brentford both interested, according to the Evening Standard. The 19-year-old Larouci joined the Reds from Le Havre in 2017. A move to either club could still see him remain in the Premier League with Leeds just a point away from a long-awaited top-flight return, while the Bees are currently third in the Championship.