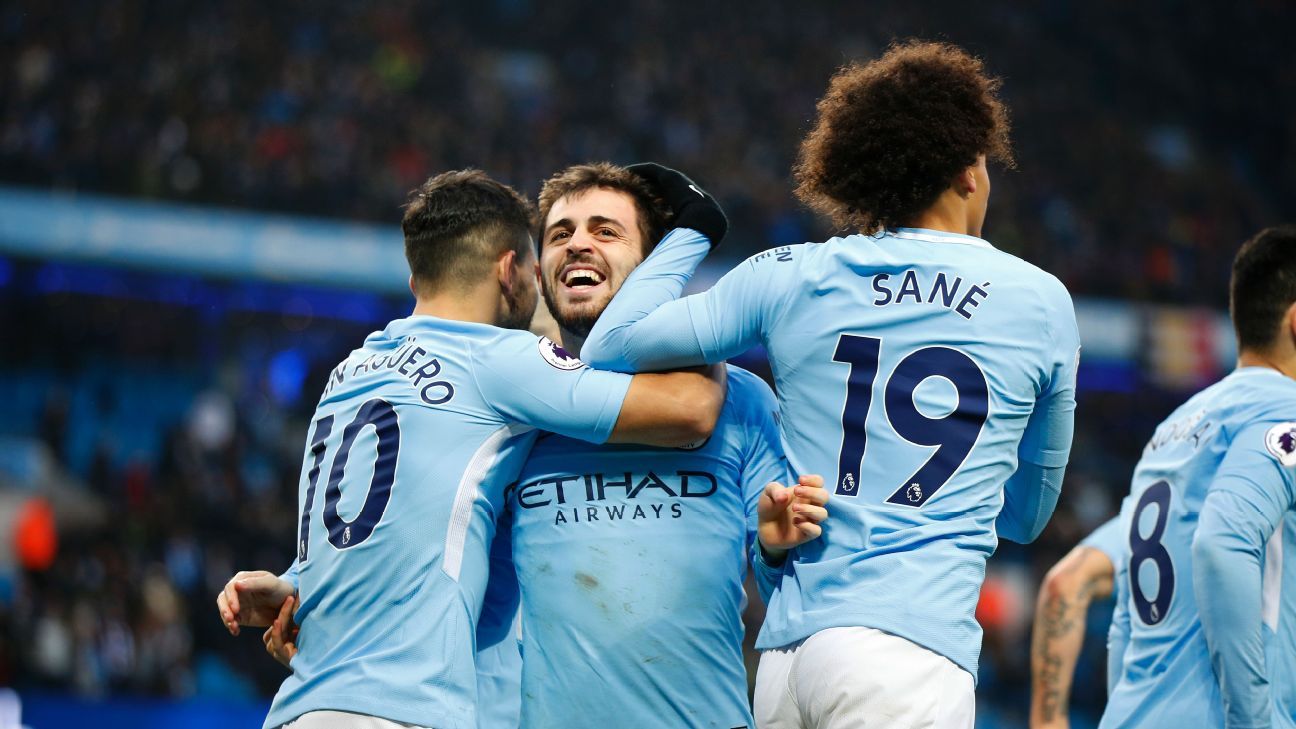 
With Chelsea’s supine performance at the Etihad on Sunday drawing vast amounts of attention in football circles, the focus is being unnecessarily taken away from Manchester City. Antonio Conte’s lifeless game plan to try and nullify City’s well-known power has caused a tidal wave of comment. How teams face the challenge of not being wiped out by a fluid and confident City side is these days almost as much of a story as what City are doing themselves.

This is the extent to which the Pep Guardiola effect has gripped the Premier League. However, while everyone knows how this City team plays, precious few teams are coming up with a satisfactory way of staunching their flow.

In the past seven days Arsenal and Chelsea, giants of the English domestic game and Champions League stalwarts, have been panned for their approach to playing City. That the two teams played in diametrically opposite ways to reach the same sad conclusion seems an afterthought.

Having wafted Arsenal away twice in five days, City then walked all over Chelsea. Arsenal, open and willing, were picked apart while Chelsea, closed and disinterested, simply didn’t put up a fight. Neither team really showed any signs of securing a single precious point but both went away empty-handed.

Well-placed pundits respectively labelled the London teams’ performances gutless, unacceptable and a travesty, but the crux of the matter should have been City’s ability to override any approach put before them. It stems partly from the ability of an exceptionally talented pool of players and the wave of confidence flooding through a team that now rightly thinks of itself as almost unplayable.

For many of the matches that City are playing at this stage of the season, the game is seemingly won in the tunnel before kickoff. Chelsea, outgoing champions of England, looked beaten before a ball had been kicked. For those players listening to a tactical plan that suggested a deft impersonation of a hedgehog being approached by a tractor wheel, the feeling of impending doom must have been tangible.

Meanwhile in the home dressing room, there sits a group so enthused by its manager, his staff and the obviously progressive results their teachings have brought that the feeling must be “who can stop us?” In the darting wing play of Bernardo Silva and the slaloming runs of Leroy Sane, the benefit of extreme self-confidence is there for all to see. It has been proved time and again how much difference this psychological well-being makes.

For City’s players, boosted by unprecedented successes against traditional top-six rivals this season, there remains just one major barrier to break down, and the feeling persists there may never be a better moment to do it.

City’s history in European competition does not bear close scrutiny. Despite an early breakthrough, winning the 1970 Cup Winners Cup against a talented Gornik side that would four years later provide the backbone to the excellent Poland World Cup side at West Germany 1974 (which finished third), City’s European pedigree is only now being constructed. This already represents the last great frontier for Guardiola’s side. A slow first season in charge a year ago was brought to a halt on the continent by Leonardo Jardim’s wonderfully talented Monaco side in an unforgettable, two-game avalanche of goals. City are about to pass the same stage of this year’s tournament with consummate ease as they prepare to face Basel after a 4-0 away win in Switzerland last month.

What comes next will tell us more about this domestically peerless side than anything else up to this point.

Stretched only sporadically this term by Liverpool’s blast of dynamism at Anfield and underdog spirit in the run to the League Cup final, City’s best opponents of the season so far have arguably come in the Champions League, where both Shakhtar and Napoli provided real spectacle by attacking City with some verve.

That City beat the then-Serie A leaders home and away and the talented Ukrainian side at the Etihad underlines how good this side is. Only a defeat in the away game vs. Shakhtar, after progress had already been secured, blots the 2017-18 European copy book. For a side that has defeats to Groclin Dyskobolia and FC Midtjylland in its European history, the crunch will come with a draw against one of the continent’s heavyweights, Real Madrid, Barcelona or Bayern Munich. A two game tie-up with Liverpool might also set the pulses racing.

Whatever awaits this City side just over the horizon, the crunch is yet to come. The Premier League title is a matter of games away from confirmation. A magnificent season’s work can now be crowned with the unprecedented: setting foot in a Champions League final. It is difficult to imagine the likes of Bayern Munich being cowed into a performance of Chelsea’s type, and therein lies City’s last great challenge of the season: when the media’s attention swings back to the men in sky blue, can they continue to dominate the biggest and the best of the continent?