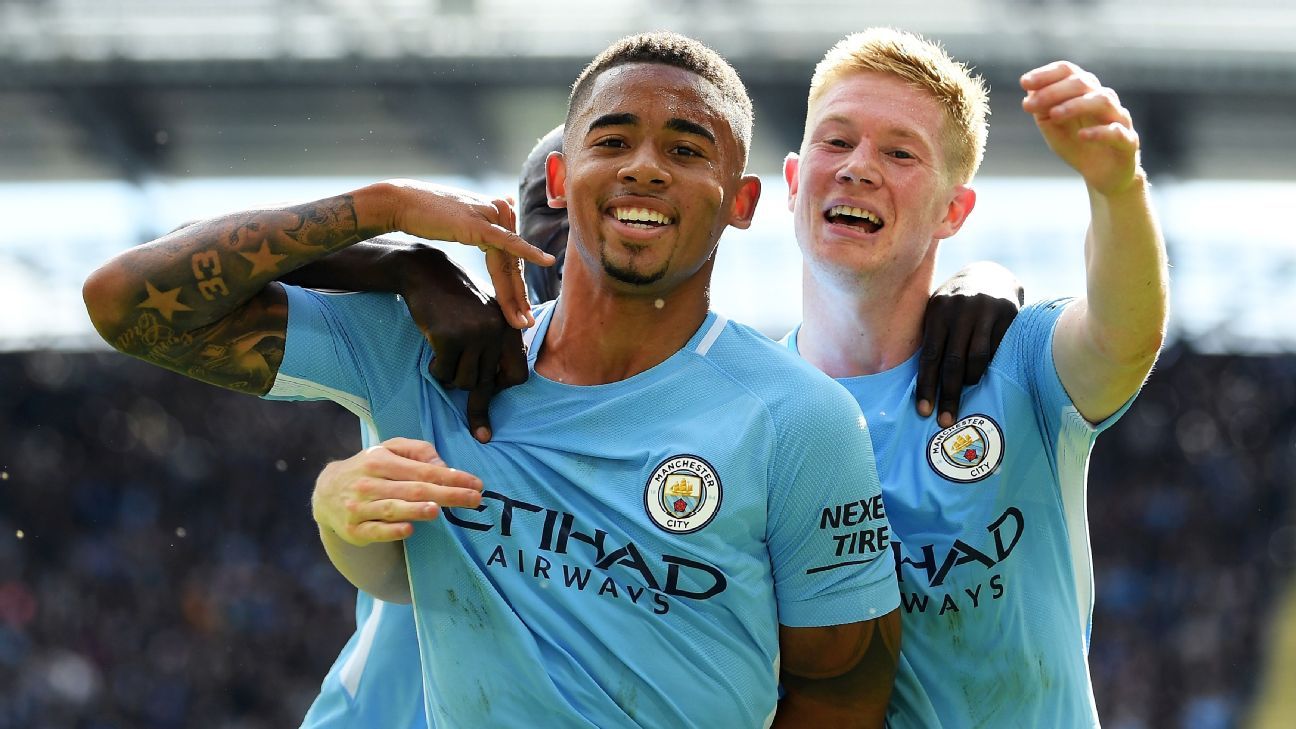 
After three-and-a-half years of underperformance in the big games, Manchester City seemed to put their demons to one side in dispatching Liverpool on Saturday. The 5-0 victory could easily be put down to playing with a man advantage for half the match, but that doesn’t do justice to how well Pep Guardiola’s team played.

Jurgen Klopp can insist the decision to dismiss Sadio Mane was wrong but referee Jon Moss had no option other than to brandish a red card.

Whether Mane had eyes only for the ball is immaterial — he lost control and kicked an opponent in the face. It’s true, as many pundits have pointed out, that the ball was there to be won, but Mane didn’t have to make a studs-up, high challenge to win it.

That Matt Ritchie wasn’t sent off for a similar challenge in Newcastle’s 1-0 win at Swansea on Sunday doesn’t make it the wrong decision to dismiss Mane. Ritchie should have gone, too.

With the red card coming when the game was delicately poised at 1-0, it’s easy to think that’s the main factor in why City went on to dominate. However, before the incident, Guardiola had set up his team to strangle the match and his side were in control.

Aside from several runs down the right flank from Mohamed Salah, City were hardly troubled by the visitors, with Ederson making a couple of comfortable catches and one good block.

At the other end, Sergio Aguero and Gabriel Jesus were putting the Liverpool defence under regular pressure. When they weren’t giving the ball away when they were being chased down, the away side were lumping it long to City’s back three or straight out of play.

With Liverpool’s biggest threat their pace and with City’s sweeper keeper Ederson having his face repaired, it was telling Klopp threw in the towel so soon after the red card. Claudio Bravo proved to be less effective than a hologram in the City goal at times last season, missing simple saves and looking shaky when coming off his line to win the ball, but the Liverpool boss just didn’t attempt to test him.

Instead, he tried to stifle City and it didn’t work. Some thought it would be arrogant of Guardiola to stick to his tactics instead of accommodating what Liverpool were likely to do, but if anything City’s system was perfectly suited to controlling that game. The defence were beaten by the ball over the top several times, but a combination of Ederson’s saves and his awareness to come off his line stopped their effectiveness.

In attack, Aguero and Gabriel’s movement dragged the away side’s rearguard all across the pitch, leaving space for David Silva and Kevin De Bruyne to exploit. Their vision and great passing continued to play the strikers through time and again.

Even Fernandinho, whose start to 2017-18 has been a little underwhelming, was on form in his role of anchoring the midfield. He allowed the more creative players to expose the weaknesses shown by Ragnar Klavan, Joel Matip and the inexperienced Trent Alexander-Arnold by controlling the game, breaking up play and moving the ball intelligently and quickly.

With Liverpool’s defence all over the shop, Benjamin Mendy and Kyle Walker were the key to City’s destructive attack. Both played a number of dangerous crosses into the box, as the visitors couldn’t cope with their speed and directness, and both got an assist.

Danilo’s role in bringing a level head to the back three also shouldn’t be underestimated, as many fans feared the worst against a much-praised Liverpool attack without the injured Vincent Kompany.

It’s a remarkable turnaround for City in this type of match. In the last few seasons, both Guardiola and his predecessor Manuel Pellegrini struggled to exert their dominance over the other teams that would be challenging at the top of the table. On Saturday, City quickly got to grips with their opposition and showed no mercy when on top.

Perhaps the scoreline wouldn’t have been as big without the red card, but there can be little question over who was in control. For the first time under Guardiola, the team weren’t wasteful in front of goal, taking many of the chances they created as well as having two goals chalked off for offside.

The manner of the victory could be the turning point for Guardiola at City. So far this season, his side have shown moments of being the force he wants them to be, but they’ve often struggled to get going. If the forwards continue to take chances as they did on Saturday, City should get a lot nearer to top spot than they have done in the last few years.