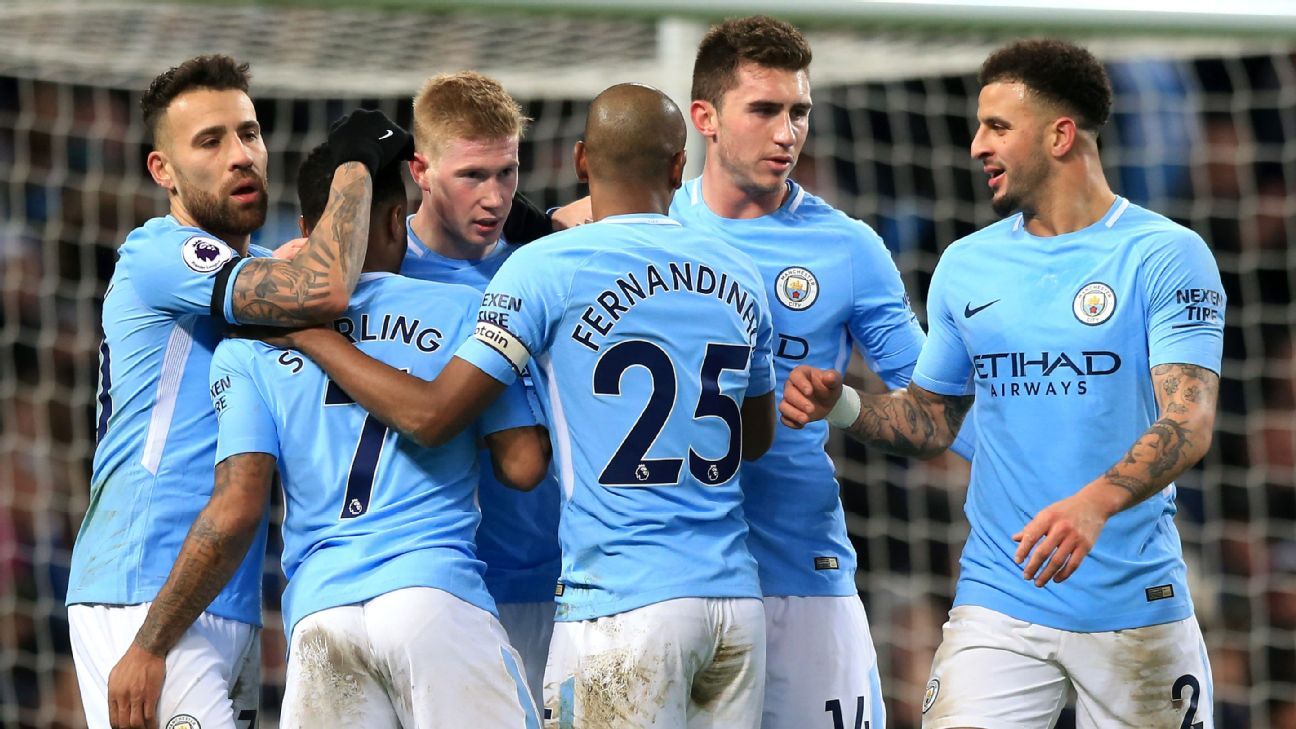 
It’s not often football fans are treated to an extraordinary season. Most are a mundane attempt to achieve the club’s objectives, with inevitable disappointment when it goes wrong or mild satisfaction when things have gone right. For Manchester City fans, several campaigns will stand out, for both the right and the wrong reasons.

The club’s only campaign in the third tier of English football — the lowest it has ever sunk to — coincided with when rivals Manchester United were dominating both at home and in Europe. Watching the team travel to Macclesfield or Oldham or York and struggle to get a result was one thing, but doing it while living in the shadow of the biggest team of the moment was a tough pill to swallow.

That 1998-99 season was defined by an extraordinary moment, when Kevin Horlock and Paul Dickov scored in the space of five added minutes in the second half of the playoff final at Wembley. It turned a 2-0 deficit against Gillingham into a 2-2 draw and City went on to win promotion by succeeding in the penalty shootout.

Those goals are part of City’s folklore and generally considered the strikes that saved the club from oblivion just 20 years ago. The manner in which they came is what is seared into fans’ minds — as crushing embarrassment was replaced by immense relief. Without Horlock and Dickov, who knows what would have happened?

Equally, and for much the same reason, the 2011-12 campaign is held up alongside it as another extraordinary year. After going toe-to-toe with United all season, the fans were taken to the deepest depths of despair on the final day, as their side fell 2-1 behind to QPR, needing a win to secure the title over their rivals.

Edin Dzeko and Sergio Aguero took supporters to the peak of ecstasy, with goals in the 92nd and 94th minutes to win the title. Commentator Martin Tyler’s words were: “I swear you’ll never see anything like this ever again” — and it’s difficult to argue with him as there are City fans that will think about that 3-2 victory at some point every day for the rest of their lives.

But those extraordinary seasons are more defined by individual moments of fantasy than a year-long display of brilliance. That is what will set Pep Guardiola’s team and their achievements since August apart from everything that has gone before it.

This has been week after week of breathtaking football, a string of performances that have gotten better when it seemed impossible to improve, and a true battering of the rest of the Premier League. Sure, City haven’t gone unbeaten and there have been moments where it hasn’t worked — but they exist in incredible isolation, so far removed from what has become the norm.

Ignore the critics: Guardiola has re-written the rulebook of the Premier League era. Those who say this team can’t stand alongside other great sides are talking nonsense; as a single-season performance, this is on the brink of becoming the best. With three matches to go, City need a win to earn the most points in Premier League history and two goals will give them the greatest scoring tally the division has seen.

It would be fitting if City could break the modern era’s points and goals record when they face Huddersfield on Sunday, ahead of lifting the trophy at full time. It would represent a season of unparalleled dominance and would perhaps be the most extraordinary of all in the club’s 124-year history.

There can be no argument with the numbers and anyone who tells you there is no comparison with the Premier League’s other great teams is greatly underplaying City’s achievements. Of course, it could have been better — a mad 30 minutes at Anfield put paid to the Champions League hopes, while an off-day at Wigan ended the FA Cup campaign prematurely.

But in terms of entertainment value, style of play and level of performance on a consistent basis, this City team smacks the rest of the top flight around the face with a wet fish. It’s a false equivalency to demand they perform like this for several seasons, when the rest of the great sides never had to.

When those who have been lucky enough to watch this team sit down with their grandchildren in several decades and talk about “the good old days,” they’ll do it with the sense that this sort of season may never be seen again. The records  that City have broken are incredible.

Their achievements in silverware might only be a league and cup double, but in terms of sheer quality, excitement and, ultimately, fun for the fans, there’s never been anything better.

How to get married and play in a semifinal on the same day!
Does home field matter in conference semifinals?
Ibrahimovic slams EA Sports for using his name, picture in FIFA 21
Tebas wants Ronaldo, Klopp, Guardiola, Mourinho competing in La Liga
Messi relationship unaffected by comments from uncle, ex-advisor