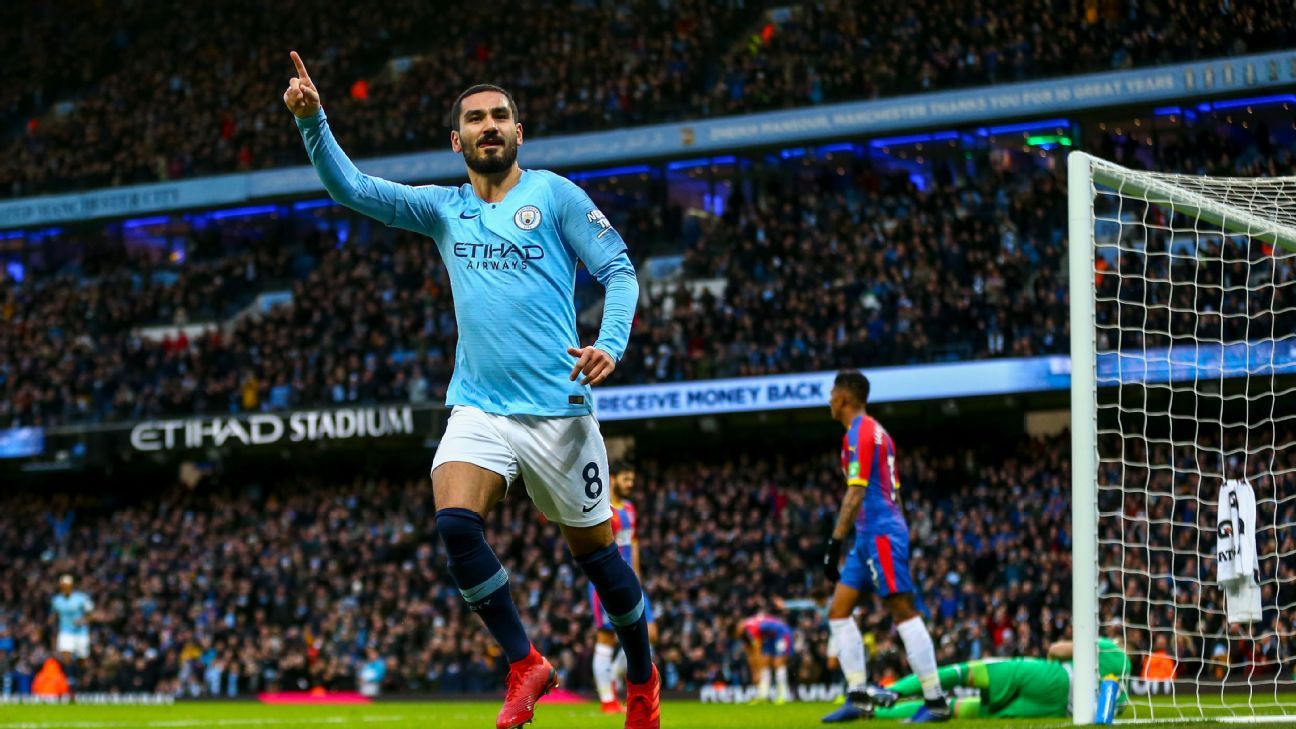 City were surprisingly beaten for the first time at home in the Premier League this season and will spend Christmas four points behind leaders Liverpool in the table.

Guardiola insisted his side were unfortunate to find themselves 2-1 down at half-time when the visitors scored twice in two minutes — the second a stunning 30-yard volley from Andros Townsend — although he was disappointed with the way they conceded a penalty at the start of the second half.

“I think we have an incredible team, fantastic players and we created enough chances in the first half, especially when the team defend so deep and low,” Guardiola told a news conference.

“The first time they pass the halfway line they scored a goal and then a few minutes later they score an incredible goal from Townsend so it was tough.

“We reacted well after the second goal but the second half we started OK, but the third goal, the penalty was really tough for us. We have to avoid, it we cannot concede this kind of penalty. We scored late and then we have one or two chances to score another but [got] nothing so congratulations to Crystal Palace.”

Sergio Aguero and Kevin De Bruyne didn’t start the game but were brought on to try to rescue a point in the second half.

Both are coming back from injuries but Guardiola says they should be able to win without them along with midfielder Fernandinho, who was missing with a muscle injury and was replaced by defender John Stones.

“When you win I am a genius, when you lose I am not good,” Guardiola said. “I don’t know what would happen if Kevin or Sergio started.

“‘Dinho is injured, yesterday he felt that problem. John played so good in Leicester so I want to give another option for the long balls. He played good except one ball. I admire, I give credit to people who try and adapt to positions they are not used to.

“Gabriel scored two goals in the last game here against Everton and Sergio needs more time to get rhythm. Kevin was two or three months and then injured. His condition is better. We put in six or seven players with fresh legs.

“When you have a lot of games, everyone has to play. The guys who played did absolutely everything.”