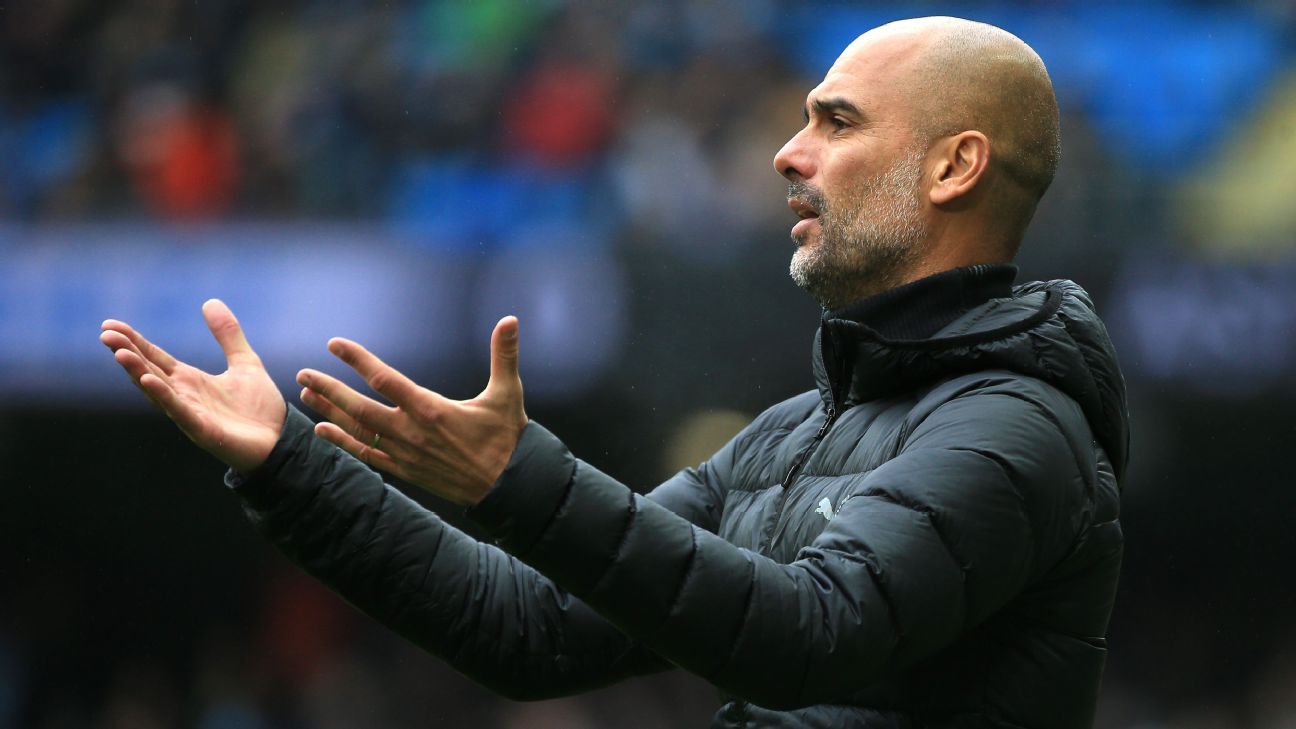 
Pep Guardiola has questioned whether Manchester City can continue to cope with their lengthy injury list.

The champions are without Aymeric Laporte, Leroy Sane, Oleksandr Zinchenko and Rodri, and coach Guardiola has said the number of absentees is a becoming a concern as they attempt to chase down league leaders Liverpool.

“The problem for the short term, we can handle it. For a long time, I don’t know,” Guardiola said.

“Of course, against top, top, top, top teams when you don’t have players playing in their own position, I don’t know what’s going to happen.”

After beating Aston Villa 3-0 on Saturday, City are back in action against Southampton in the Carabao Cup on Tuesday.

As well as the players sidelined through injury, Guardiola will be without Fernandinho after the Brazil international was sent off against Villa.

“We don’t have Fernandinho for the Carabao Cup, we have to play another one,” Guardiola said.

“We have an academy and we have other solutions, and when the spirit is correct and you want to help, always you go through. It is what it is.

“These situations exist in football, especially in one season, one long season.”

City face Southampton twice in the space of five days this week with Ralph Hasenhuttl’s side back at the Etihad Stadium in the league on Saturday.

The Carabao Cup tie is Southampton’s first game following their 9-0 mauling by Leicester at St Mary’s on Friday and Guardiola is wary of a team be believes will be keen to bounce back quickly.

“It’s not easy, but they are incredible professionals,” he said.

“The manager will be sad for a moment, for one night, but after that they have to move forward.

“They will try to do their best so I am not going to judge them on or prepare to play against them based on what happened against Leicester, so it’s a little bit strange.”