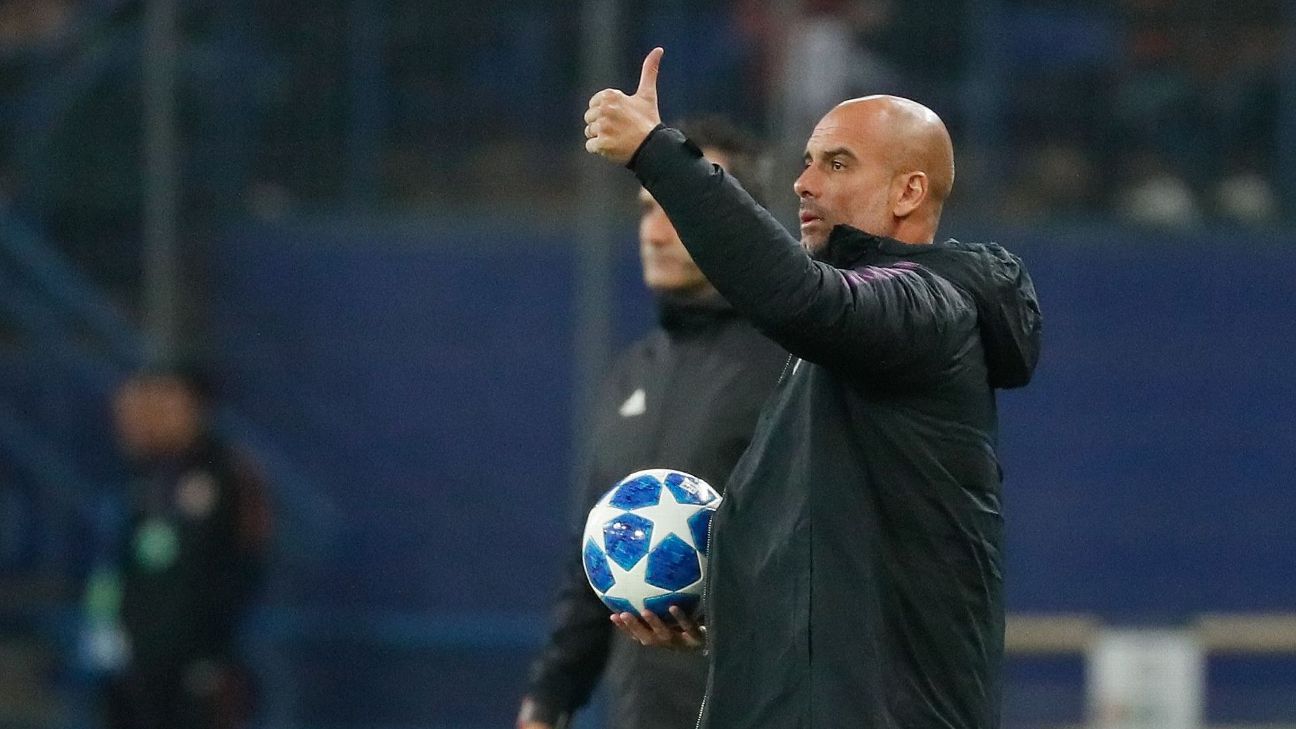 
Pep Guardiola hailed the best 45 minutes of his time at Manchester City as they regained control of Group F with an impressive 3-0 victory at Shakhtar Donetsk.

City had made a disastrous start to the Champions League with a shock defeat at home to Lyon but have now moved top after following up their win over Hoffenheim with a victory in Ukraine.

David Silva and Aymeric Laporte gave them a 2-0 half-time lead, which could have been much greater but for a number of missed opportunities, before second-half substitute Bernardo Silva added a third.

“Our first half was the best first-half performance we have played in the last three seasons,” Guardiola said. “We created a lot of chances and didn’t conceded any until the last few minutes.

“We were under a lot of pressure after the defeat by Lyon but now we are in a good position. We can control our destiny now.

“We saw in the second half what Shakhtar Donetsk can do, but it’s so important to get this result and we will enjoy tonight and in the next days this victory. We have recovered well from Lyon and now it’s in our hands.”

City created 24 chances throughout but just six were on target with Riyad Mahrez and Gabriel Jesus missing good opportunities with the game still goalless. And despite his delight at his side’s performance, Guardiola wants City to be more ruthless with their chances.

“In the last few games we shot more, but when I talk about chances to win the Champions League, and these kinds of things, we have to increase our average.” he added. “We missed a lot of clear chances. When you arrive in the later stages we have to be more clinical. We have to be solid as a team, like we were in the first half, and it was good to see how we did it.

“The Champions League is a difficult competition. I’m so happy with the way we played after Burnley — travel, and to play with this personality. To score three against Shakhtar is an incredible result, amazing.”

Shakhtar beat City in last season’s group stage but even boss Paulo Fonseca admitted they were no match for them this time as the Ukranian champions lost to an English side at home for the first time.

“We have to admit that City were better — much better,” he said. “They won in good style. Our players tried to play well and keep the ball but it was not enough to stop a team like City.

“We couldn’t do much against City’s quality in this game. They played superbly in the first half. We had more possession after the break but it wasn’t enough to threaten such a team.”