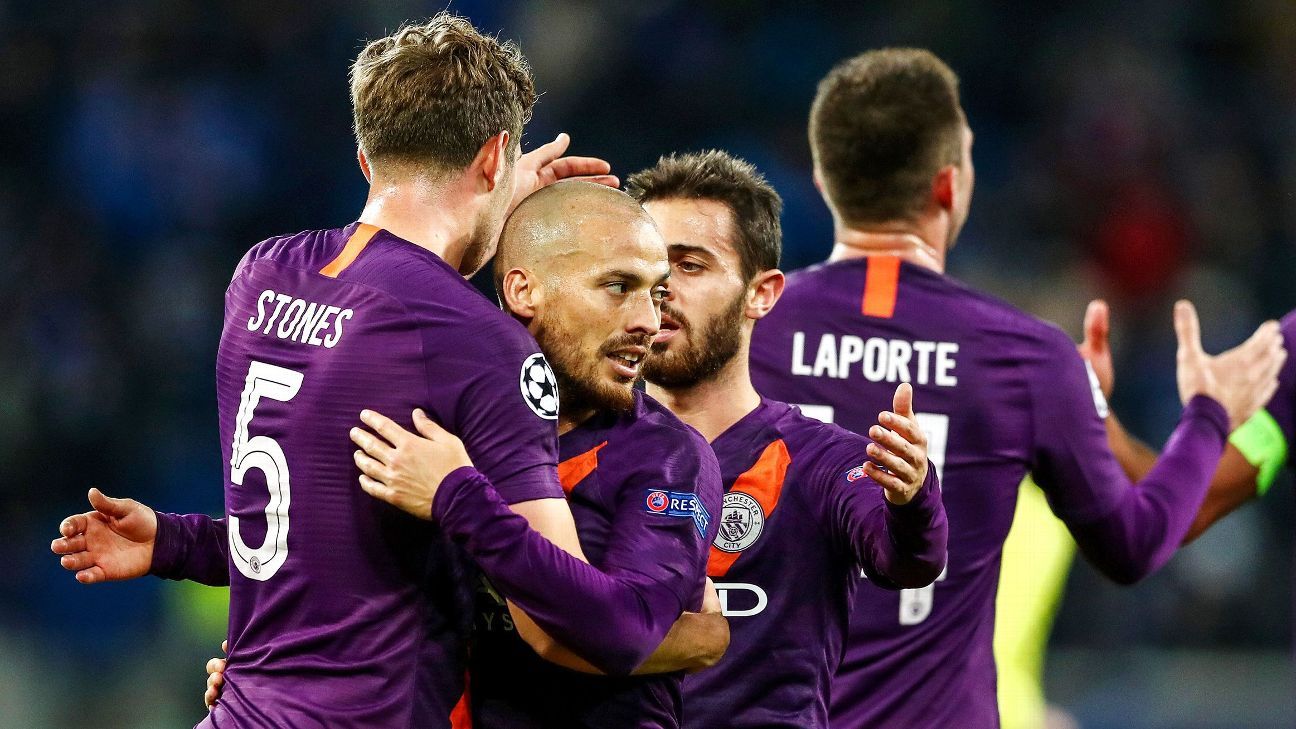 
By 11 p.m. on Monday night it is perfectly feasible that Premier League leaders Manchester City could sit fifth in the table. Fellow title favourites Liverpool might be fourth. All of nine games will have been completed, under a quarter of the league season.

For those predicting a two-horse race, it is clearly a little early to pronounce on such a thing, as two points presently cover the first five teams. A sprightly looking Chelsea, revitalised Arsenal and obdurate Tottenham will hope fervently to have a greater say in title matters than many were forecasting in August.

There are good reasons, of course, for putting your money on City and Liverpool lasting out the full 38 games. The former’s scintillating season last time out and the latter’s summer spending spree have made them clear favourites, but it is worth casting some other early pointers into the ring too. Judging by two of City’s three modern era Premier League triumphs, it may be quite a long time before anybody can talk about a done deal. Last season’s record 19-point gap may augur well for City, but form so far suggests a much closer race this time out. It may be made even closer in the New Year, if City’s pressing European needs look closer to being brought to fruition.

Despite last season’s yawning gap, City’s titles in 2012 and 2014 were both won in extremis, overhauling Manchester United and Liverpool respectively on the final straight. Premier League watchers will be praying for something similarly dramatic this time around and all the evidence so far suggests the race will be tighter than in 2017-18. The aforementioned focus on Europe may well exacerbate this problem come February, with City’s focus likely to be drawn to Champions League action, if the campaign is progressing. While Liverpool would dearly love to maintain their affair with the cup with the big ears, the opportunity to become league champions for the first time in 20 years would take obvious precedence at Anfield.

With Maurizio Sarri doing a great job kick-starting Chelsea’s campaign after a lifeless Community Shield defeat to City, the west Londoners also look capable of staying the pace at this stage. With their talisman Eden Hazard in such royal form and perhaps looking at making a big splash in what could be his last season before heading south to Madrid, there are reasons to expect something more long-lasting from them too. Can Arsenal and Tottenham turn a three-horse race into a five-pronged assault?

Early signs are that Arsenal have turned a corner under Unai Emery. A weight seems to have been lifted off the shoulders of the players with Arsene Wenger’s departure and recent results suggest they have taken little time to understand the new manager’s wishes and put them into practice on the pitch. Looking more direct going forward and less panicky at the back, the north Londoners may yet last the course. Having missed out on the Champions League for two seasons after more than 20 years of uninterrupted participation, Emery’s focus will be on finishing top four. Whether they are fit to aim higher than that is doubtful.

The big enigmas are Spurs, who have hung in well so far, despite no close season additions to the squad and being banished from their problematic new stadium. The World Cup semifinals showcased more Tottenham players than from any other club and this should aid the players to perform strongly in the crucial matches against other Top 5 rivals.

Most eyes at the Etihad this weekend will be trained on score flashes from Huddersfield, however, where Liverpool will be playing. The firm belief of the majority of fans is that the main threat this season will come from Merseyside, not London.