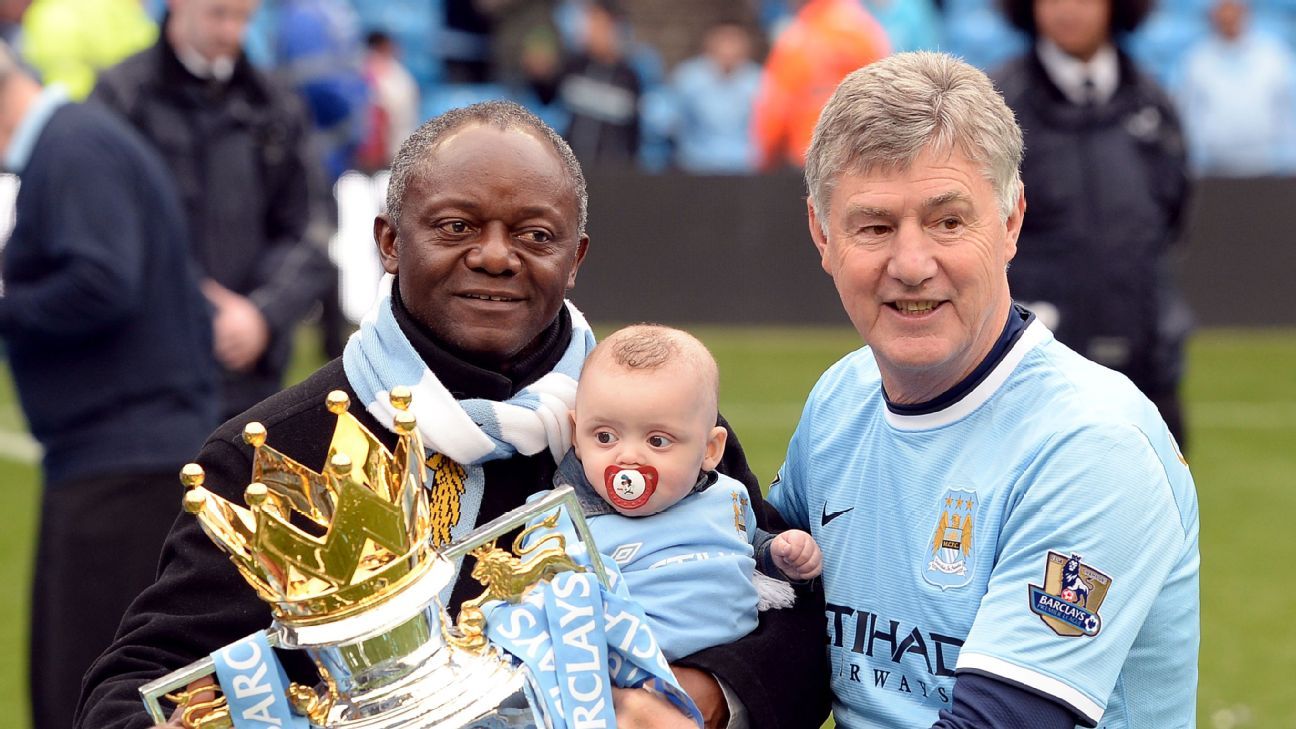 The father of Manchester City captain Vincent Kompany was elected as the first black mayor in Belgium after winning support in a Brussels commune.

Pierre Kompany, 71, is a mechanical engineer who was born in Congo and serves in the Brussels Regional Parliament. He ran for election in Ganshoren as a non-partisan candidate on a platform dedicated to cleaning up the environment and won 28.38 percent of the vote in results tallied on Sunday.

“Just for the guys abroad, he’s the first black mayor in Belgium,” Vincent Kompany said in a video he posted on Instagram. “It’s never happened before. It’s historic. We’re all happy. Congratulations to my dad.”

Pierre Kompany moved to Belgium as a refugee in 1975 and began his political career in 2006, serving as a councillor before being elected to the Brussels parliament in 2014. His party will form a coalition with two others to govern the town of about 25,000 people.

His elder son, Vincent, 32, joined City in 2008 and was appointed captain three years later, and his younger son, Francois, 29, plays for Roeselare in Belgium.

Two days before the election, Vincent Kompany bemoaned the “very little multiculturality in our dear government” and “a non-existent diversity at all levels of power in Belgium” in a post on Twitter.