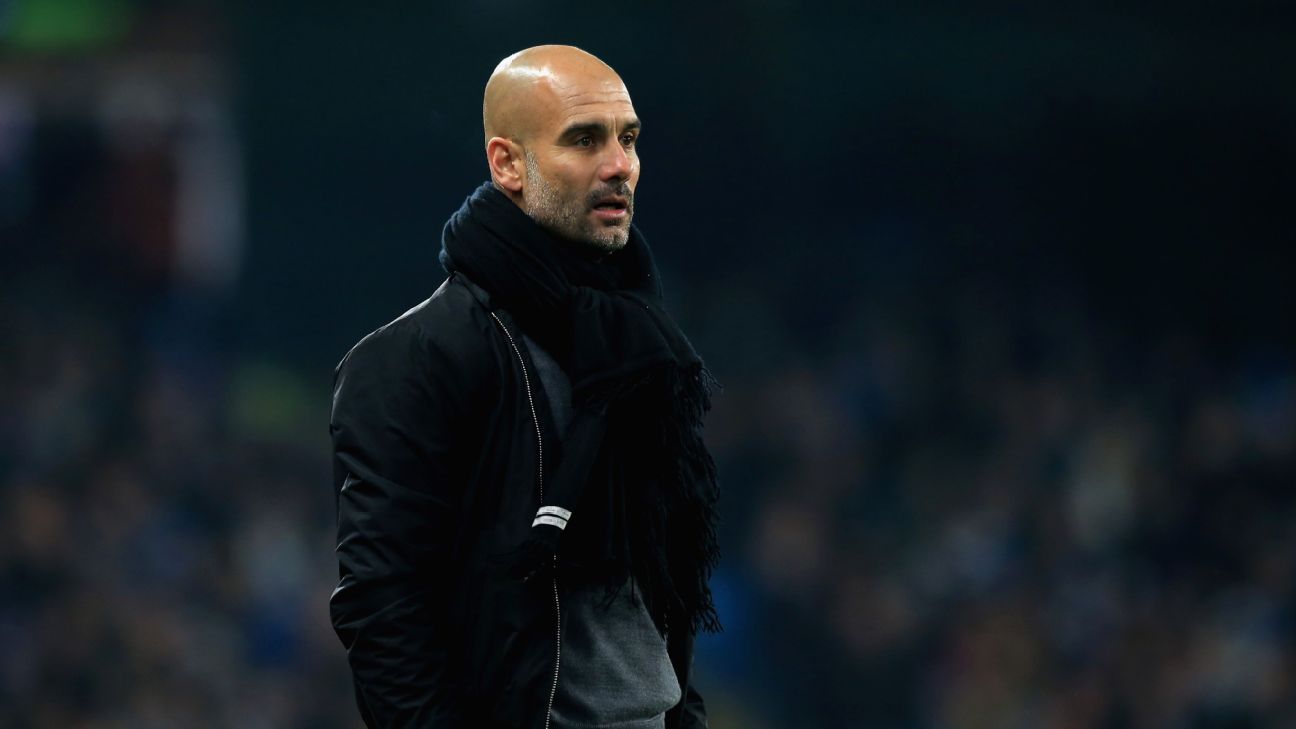 
Why do so many onlookers want to boil all of Pep Guardiola’s achievements at Manchester City this season down to spending lots of money?

This has been one of the most impressive title wins in the Premier League era, with opposing teams regularly schooled on the pitch, and yet there are many who believe the manager’s influence extends as far as signing some brilliant players and letting them get on with it. Often you hear that the team has been brilliant — but “anyone can do that” with an open chequebook.

It’s important to acknowledge the investment City have had. Since the takeover by Sheikh Mansour in September 2008, there has been a consistent run of big-money signings arriving at the Etihad — some turning out to be good value, others less so — and without that, City wouldn’t be regular title hopefuls.

Looking back to that time, City were perfectly happy to throw money at problems. Then-CEO Garry Cook admitted the club, sitting in midtable but with ambition, wasn’t attractive to the big players and that they “had to overpay” to secure their signatures. Now City are self-sufficient and operating at a profit, but that doesn’t stop the criticism.

It means they’re seen as the transfer market bullies and the players they’ve brought in are often dubbed mercenaries.

But for their record-breaking fees there have been the more astute signings, such as the £25m captures of both Yaya Toure and David Silva in 2010. They gave the club the helping hand to the Champions League and the platform for their FA Cup and Premier League wins under Roberto Mancini.

Looking back, it’s funny that few seemed to suggest Mancini’s successes were down only to the money he spent. The Italian was up against Sir Alex Ferguson at Manchester United, perhaps the greatest manager English football has seen, so the idea that anybody could have been in the dugout at the Etihad and overseen the victories he did doesn’t roll off the tongue as easily as it does for Guardiola.

For the latest City boss, critics argue his team play the most beautiful football because he’s invested more than any other coach — but much of his squad was part of the side that limped to a fourth-placed finish under Manuel Pellegrini the year before the Catalan arrived. It also ignores the managerial talent in the Premier League, with Jose Mourinho, Jurgen Klopp and Antonio Conte excelling since Guardiola’s arrival.

If coaching this City team is so easy, why did Pellegrini fail to mount a serious title challenge in two of his three seasons? It wasn’t as if the club didn’t back him in the transfer market — in that final campaign, both Raheem Sterling and Kevin De Bruyne joined a squad that also included Sergio Aguero, Silva and Toure. Four of those have been leading lights under Guardiola; under the Chilean they were in a team that failed to win back-to-back Premier League games for five-and-a-half months.

Sterling is the prime example. By the end of Pellegrini’s reign, the winger looked so out of form that some questioned whether he’d ever make it at City. Two seasons with Guardiola and he’s become one of the brightest attacking talents in the Premier League, unlucky to miss out on the PFA team of the season. His movement is intelligent, his ideas of what to do with the ball are far more dangerous, and his goalscoring has gone through the roof — thanks to Guardiola.

Others have made similar improvements: Silva and Aguero have played some of the best football of their careers, Fabian Delph has stepped up several levels and switched position, and Fernandinho is performing as if he’s 10 years younger.

It’s all contributed to a style that has left the rest of the Premier League shellshocked. For all the money City spent in the past, they’ve never played football as good as this — and fans have enjoyed a team that has, for the first time in years, found its identity. You know what you’re getting: City will press high, pass through pressure and attack with pace and fluidity. It’s clearly a Guardiola team.

None of this is to say that City’s title this season would have been possible on a shoestring budget. Guardiola told reporters recently he felt “lucky” to be at a club that had the spending power it does. He understands he’s working with some of the world’s most talented players, but even then he’s managed to get more out of them and improve them in ways others have failed to do.

What’s the fascination with wanting Guardiola to “prove himself” at a club without funds? He’s proven he can get the best out of world class players, so just let him get on with doing that.

Let’s not pretend only City have spent a lot of money recently. There are other teams competing with them that have splashed out similar amounts and have come nowhere near the champions’ level this season. It just goes to show spending big makes it easier to win, but bringing in the right players and using the right systems with the talent acquired is far from simple.

If it was all down to the club’s outlays in the transfer window, City wouldn’t have needed Guardiola to pull off a season like this. Instead, they’ve performed as they have done because of who was in the dugout. It’s an insult to him, his players, and his methods to suggest otherwise.