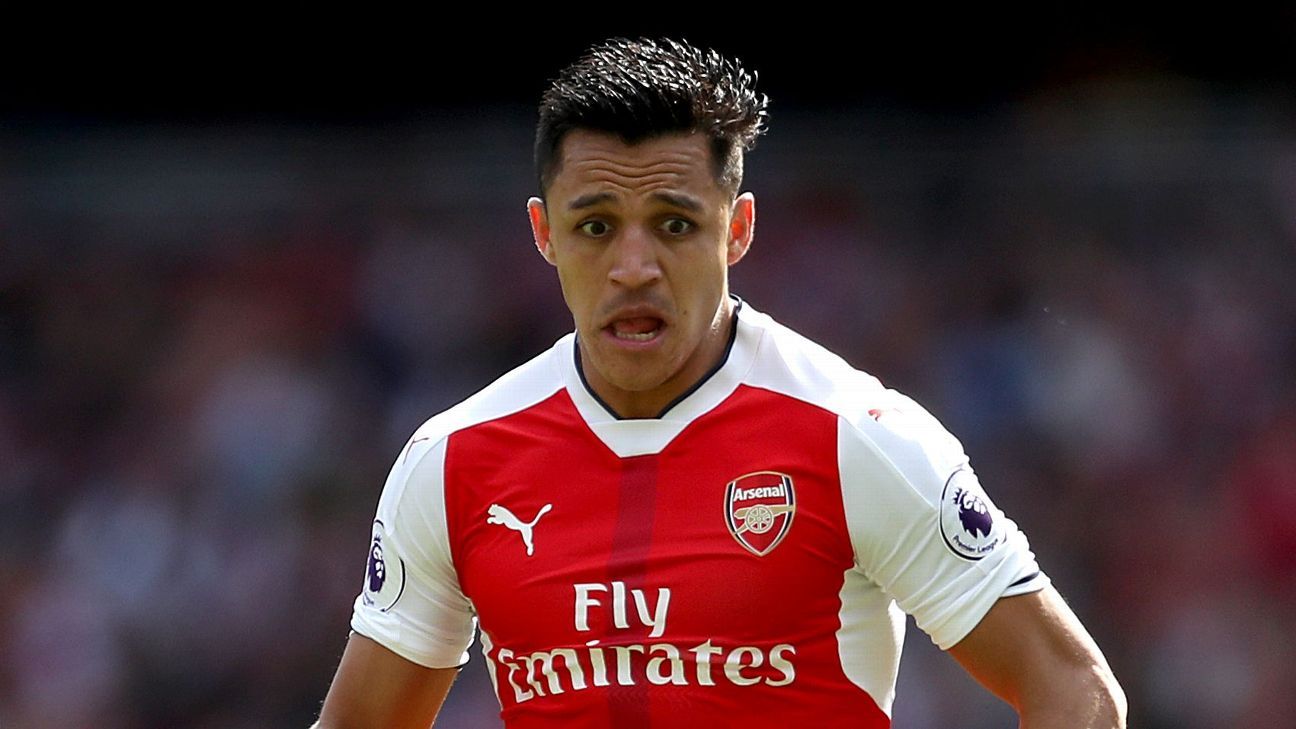 Manchester City will make a late move in a bid to pry Alexis Sanchez away from Arsenal, offering £70 million for the Chilean, reports the Mirror.

Pep Guardiola is determined to link up with Sanchez once again, having worked together at Barcelona. Guardiola has spent relentlessly this summer overhauling his squad and a move for Sanchez would send their total spending to almost £250m.

Arsene Wenger is adamant the Gunners are prepared to risk losing Sanchez for free in a year and have offered him £300,000 per week to extend his stay at the Emirates.

In addition to Sanchez, City remain in the market for a centre-back and will bid £20m for Middlesbrough’s Ben Gibson.

The Mirror claims City have shifted targets after seeing their £18m offer for Jonny Evans knocked back, with West Brom demanding an eye-watering £30m.

After three failed bids, Barcelona could be forgiven for walking away from their pursuit of Philippe Coutinho. They appear to be trapped though, battling to save face after having Neymar snatched from them by Paris Saint-German.

Liverpool deemed £119m insufficient and maintain that no price will force them to sell the Brazilian, at least this summer, but the Express believes a fourth offer worth £130m is coming.

The report believes there is a price at which the Reds would part ways with Coutinho — £140m.

Liverpool are thought to have been angered by the Spanish side’s persistence after the Blaugrana only offered £80m up front, spread over five years.

Diego Costa’s desperation to move to Atletico Madrid is clear, but the La Liga club have so far failed to offer enough to tempt Chelsea into selling their controversial striker. However, Spanish radio station Onda Cero believes an agreement has now been made.

The Blues will even turn a profit, banking £41m up front and potentially receive a further £9m in performance-related add-ons.

Atleti will wait for Chelsea to resolve their dispute with Costa — who has been fined £300,000 for failing to show up for training — but a deal now seems imminent, with all parties happy and Chelsea securing a £6.4m profit three years after signing the Spain international.

Given that Atletico cannot register Costa until January and the 28-year-old wants to maintain form ahead of the World Cup, the Mirror believes Everton could emerge as an unlikely landing spot for a short-term loan.

– Another exciting young forward in Serie A that could move before the deadline is Sampdoria’s Patrik Schick.

Juventus appeared set to sign the Czech talent before an issue with his medical report, which has allowed rivals Roma to move in.

– Andy Carroll could be set for a sensational return to Newcastle with West Ham desperate to cut their losses, reports the Sun.

The Geordie striker joined the Hammers in 2013 for £15m but has failed to bring value after a number of injuries have limited his availability.

– Finally, Barcelona will pay the buy-out clause for Nice star Jean Seri, according to Mundo Deportivo.

The Ivorian midfielder will cost €40m and the move could be finalised after the French side’s Champions League playoff second leg against Napoli next week.