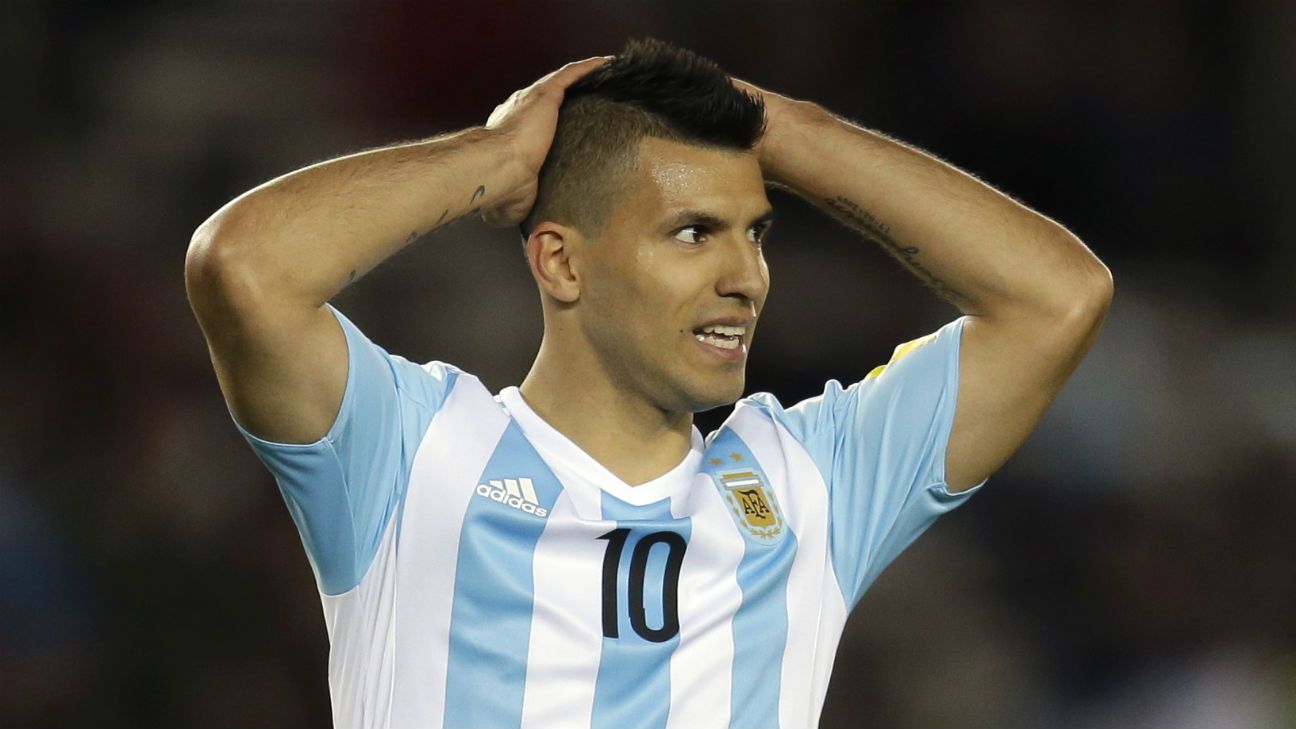 
Manchester City have confirmed that Sergio Aguero will return to England to be assessed by club doctors after being involved in a road accident.

Sources have told ESPN Sur that Aguero, 29, suffered a fractured rib in the car crash in the Netherlands.

The sources said that Aguero could miss six to eight weeks because of the injury, which would initially rule him out for Saturday’s Premier League clash with Chelsea and a crucial pair of World Cup qualifiers for Argentina next week.

City boss Pep Guardiola, speaking at his news conference on Friday afternoon, said: “The first impression is he has broken a rib but the number of days he will be out, I don’t know.”

Aguero was a passenger in a taxi en route to the airport in Amsterdam after attending a concert on Thursday night put on by Maluma, a Colombian singer, when the driver lost control of the vehicle and hit a column on the side of the road.

A club spokesman said Aguero is on his way back to Manchester from Amsterdam but refused to speculate on the seriousness of his injuries until he has been assessed by club doctors.

Aguero was on a day off when the incident occurred and Guardiola added: “A day off is to be happy. I am a trainer who doesn’t want to train every day because they [the players] need to rest, mentally and physically.”

City confirmed the news of the incident in an official club statement, which read: “Sergio Aguero will be assessed by Club doctors today after being involved in a road accident on Thursday.

“The City forward was in Holland on his day off and has sustained injuries.

“He will return to Manchester this morning and his status will be checked ahead of tomorrow’s Premier League clash at Chelsea.”

Contacted by ESPN FC, a spokesman for the Amsterdam police department said: “A taxi crashed into a lamppost on De Beolelaan at 23:00 hours.

“Two persons have been taken to hospital for observation.

“The passengers of the cab have asked for their names to be kept confidential.”

Maluma posted an image on Instagram of Aguero signing a Manchester City replica shirt for him, with a caption celebrating their friendship.

Aguero also shared an image on the social media site thanking Maluma for the invitation to the concert.

Independiente, the Argentine club where Aguero began his career, wished the striker a “speedy recovery” on Twitter and added: “All Independiente is with you at this difficult time.”

Roberto Mancini, who brought Aguero to City from Atletico Madrid in 2011, tweeted a message of support which read: “I’m sorry for [Aguero’s] car crash. Come on boy, come back soon.”

Aguero is one goal away from equalling City’s all-time scoring record. His goal tally currently stands at 176, after scoring eight in his first 10 appearances of the current season in all competitions.

The news comes on the heels of another injury setback for Manchester City, who revealed on Thursday that defender Benjamin Mendy could be out for the remainder of the season after rupturing knee ligaments.