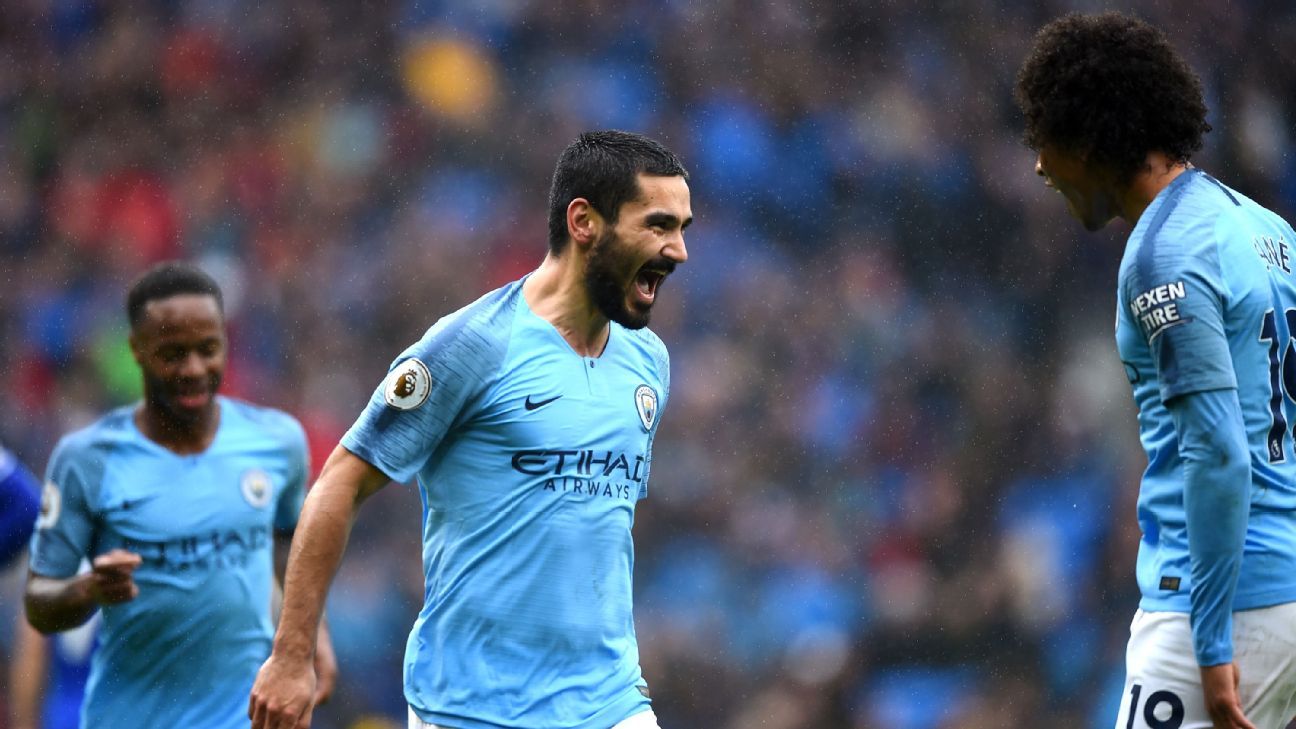 
Manchester City can only be considered one of the greatest teams ever if they win the Champions League, according to Ilkay Gundogan.

Pep Guardiola’s side won plenty of plaudits for the way they won the Premier League last season, breaking a number of records on their way to winning the title with a record tally of 100 points.

But Gundogan, who reached the Champions League with Borussia Dortmund before his switch to the Etihad, said they must win in Europe to become one of the greatest club sides.

“The Champions League is, in terms of club football, the most prestigious one. And if you, let’s say this way if you don’t win it you will never be named one of the greatest teams, no chance,” the midfielder told ESPN FC.

“So that’s what you have to achieve, otherwise you will be centurions in England and I’m sure one day another team will come, I’m not sure how long it will take but some other team will come and also get 100 points in a Premier League season.

“It will not make the last season worse, it will still be special and a lot of positive and nice memories in our minds. But when you ask me how to be remembered as one of the greatest teams I think it’s a fact to win the Champions League.”

City have never been beyond the semifinals and they made a bad start to this season’s challenge when they were surprisingly beaten at home by French side Lyon.

But qualification for the knockout stage was put back on track with victory over Hoffenheim ahead of a double-header against Shakhtar Donetsk.  Gundogan, 27, has not made the trip to Ukraine for Tuesday’s clash because of a hamstring strain but it’s a small setback for a player who has suffered serious cruciate knee ligament and back injuries in the past.

And the German international, who was Guardiola’s first signing, believes he still has plenty to offer.

“I’m 27 so I’m not the youngest anymore but hopefully I’ve still got plenty of time to play as I said before as long as I stay healthy,” he said.

“I feel myself fit I want to continue playing. I’m really enjoying Premier League football here, I love living here for a few more years. So I feel very privileged to be here right now.

“But you don’t know what will happen in the future. I could have the feeling that I need a new challenge in the future one day. But also the club can come to me one day and say we want someone else instead of you.

“I’m just enjoying the moment as I should do and try to do the best of every single situation.”

With Gundogan missing for the game in Kharkiv, Guardiola still has options in midfield, particularly with Kevin De Bruyne back from a knee injury.

And he added that the quality of the players and hard work in the City team means it’s virtually impossible to perform badly.

“I don’t want to sound arrogant or something I just want to be honest, I think in that team that we are playing right now, it’s very difficult to have a bad game, as a player,” Gundogan said.

“We have a system and the teammates on the pitch they are so close to you, you get involved in so much positive and good things.