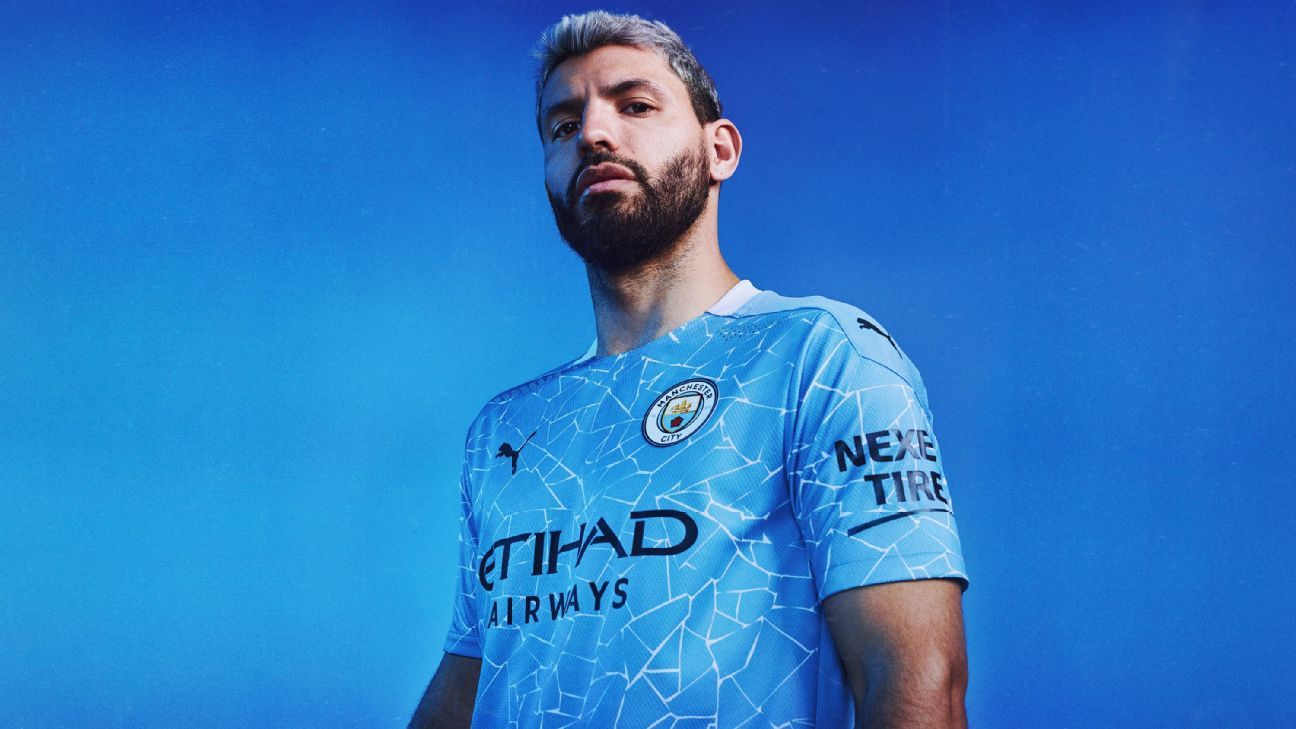 
Manchester City have released their new home kit for the 2020-21 season, and it’s something a little bit different that taps into the club and the city’s heritage.

While still redolent in traditional sky blue, the shirt features a unique cracked motif inspired by the tile mosaics that are dotted around Manchester’s creative Northern Quarter.

City themselves also have a long association with mosaics that stretches back almost 100 years, to when the famous Maine Road half-crescent artwork was first installed above the gates at their former home.

Almost a century on, the tessellating tile patterns — modelled by stars including Sergio Aguero, Raheem Sterling and Caroline Weir — remain integral to the club’s heritage.

A piece of one of maine roads Manchester City Football Club mosaics 👍🏻
I was stood as a kid watching a man take it down piece by piece for its relocation at the new stadium… If you dont ask, you dont get!

The new shirt is directly inspired by the artwork of Mark Kennedy, the man whose colourful mosaics decorate the Northern Quarter.

Kennedy, who also created the portraits of City legends such as Vincent Kompany, Yaya Toure, Joe Hart and Joe Mercer that speckle his beloved club’s training complex, spoke of his pride at seeing his art being championed so prominently.

“I began creating Manchester icons using ceramic plates and tiles, integrating my own artistic style,” he said. “My family and I have always been huge City fans, so I created artwork of the players too.

“Over time I was commissioned to create artwork for the club and the city of Manchester, so I feel very privileged to see PUMA use my art as inspiration for the new City Home jersey.” 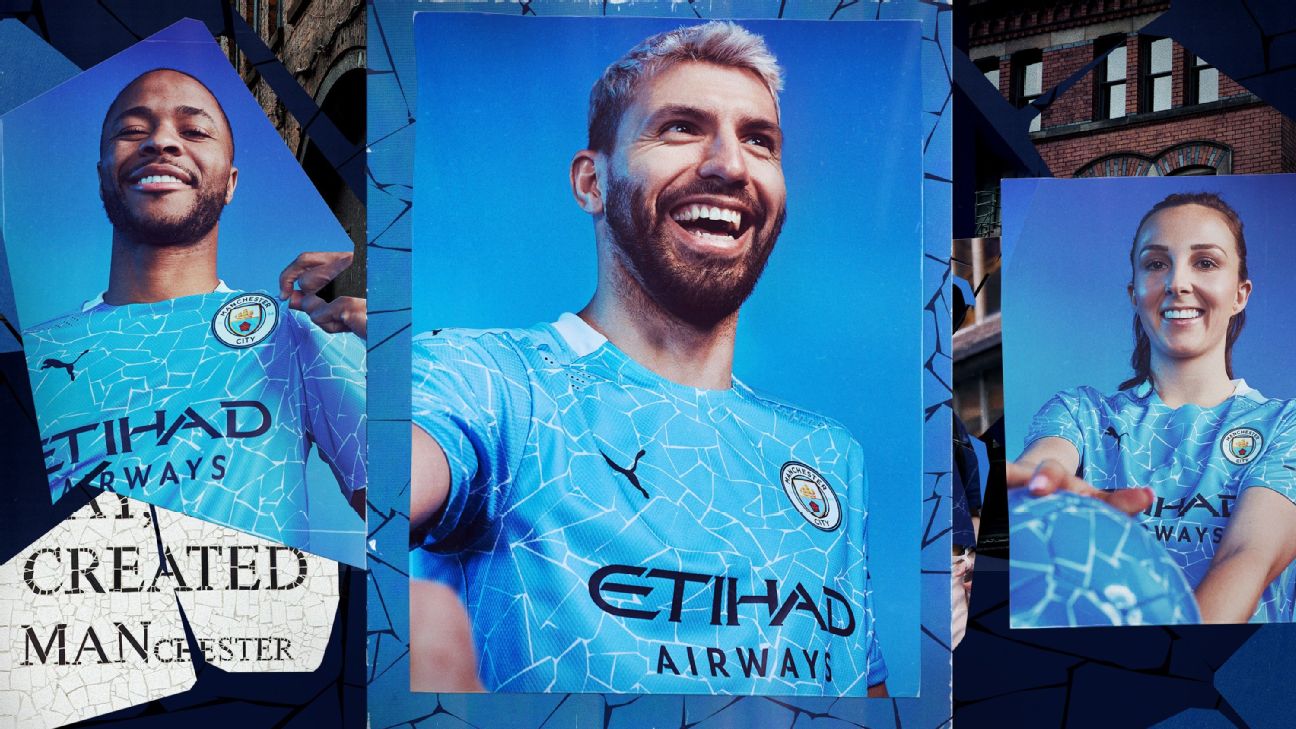 City are set to wear their brand new kit for the first time when they face Arsenal at Wembley in the FA Cup semifinals on Sunday, July 18 (stream LIVE on ESPN+ at 2:45 pm ET in the U.S.).

With two games of the La Liga season remaining, Real Madrid are pushing hard to wrestle back the title after two years in Barcelona‘s shadow.

There can be no doubt that Sergio Ramos, their club captain, isn’t fit, firing and relishing the run-in.

The centre-back shared a photo on Instagram of himself in ridiculously lean condition, roaring on his troops while looking every inch the grizzled veteran.

“It’s our turn! Let’s go for it!” Ramos roared in his accompanying caption.

However, not all of his Real teammates were buying the bravado, with Lucas Vazquez piping up in the comments to cheekily tell his skipper to “stop using filters!”

[Information regarding the eFootball PES series]

In an unorthodox step, Konami have announced that the next edition of their Pro Evolution Soccer game will not be an entirely new title.

The decision was made as Konami are busy creating a brand new overhauled version of Pro Evo for the next generation of consoles, meaning that 2021 will simply act as an update (for rosters, kits, etc.) to 2020.

However, it’s worth noting that PES 2020 owners will still need to buy a standalone 2021 product to access the new content.