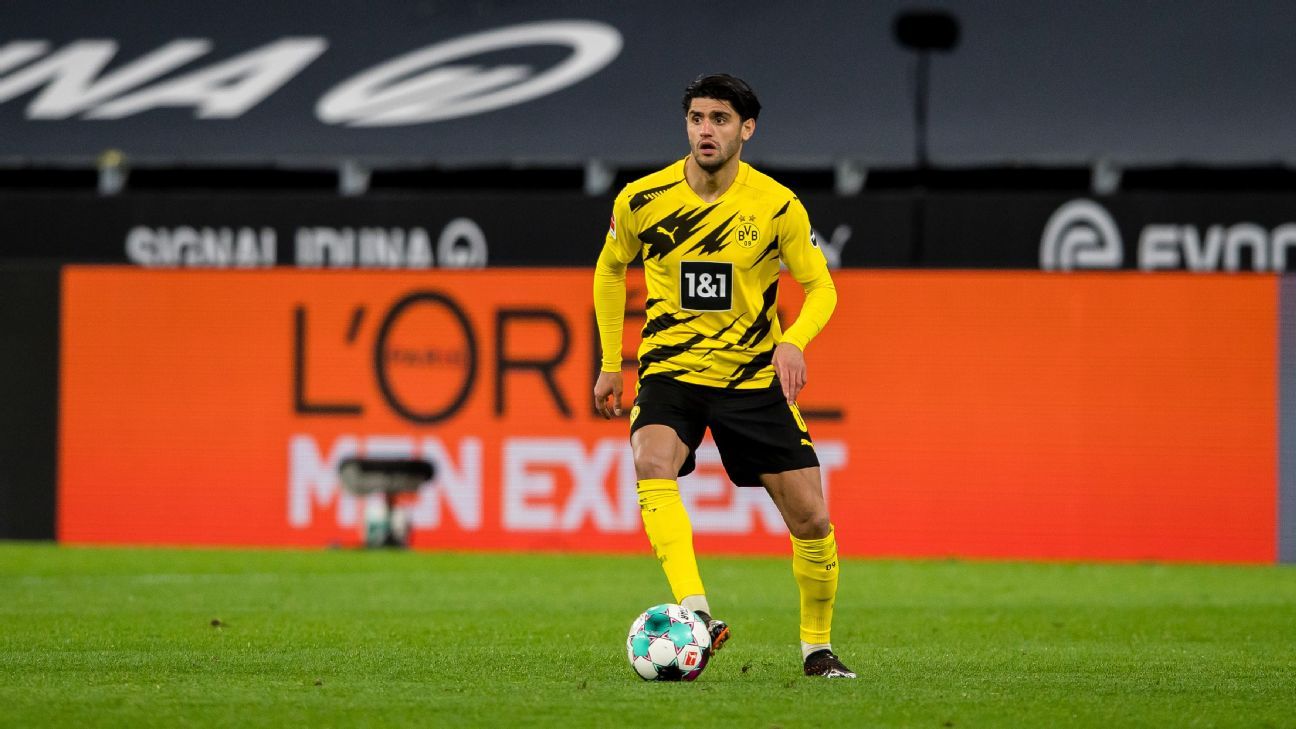 
The January transfer window may seem like a distant memory, but that doesn’t mean the rumour mill has shut down! Speculation over summer moves is heating up, so check out the latest gossip below, and see all official deals here.

Manchester City and Chelsea are both considering making a move for Borussia Dortmund midfielder Mahmoud Dahoud, reports The Daily Mail.

Dahoud, 25, will have an idea of what to expect if he joins the Blues, having previously worked with manager Thomas Tuchel at Dortmund.

The Syrian-born Germany international has a contract which is coming to an end in 2022, and the Bundesliga side may be more willing to negotiate in the summer to ensure they don’t lose him for free.

Tottenham Hotspur and Everton are also said to be among those taking an interest in Dahoud’s situation.

Vazquez, 29, becomes a free agent in 2021 and contract talks between his agent and the club have so far proved fruitless.

The Spanish winger’s agent met with Real Madrid general director Jose Angel Sanchez earlier this week but no agreement was reached for a new deal and he has already turned down an offer made from Real Madrid which included a three-year deal that would see his current wages cut by 10%.

Madrid let De Frutos leave for Levante last summer but a buy-back clause was included in the deal. De Frutos, 24, has had a starring role at Levante, scoring three goals and setting up eight more in 26 league appearances.

Janusz Michallik says Cristiano Ronaldo’s drive and determination for success will keep him at Juventus.

Juventus are eyeing a move for Atalanta wing-back Robin Gosens, as has been reported by Calciomercato.

This comes with Alex Sandro‘s stock falling, as Juventus are reportedly ready to listen to offers to sign him in the region of €25m.

Gosens’ contract comes to an end in the summer of 2022 and the report says that Atalanta are looking to bring in around €35m-€40m for the 26-year-old, having signed him from Heracles for just €2m in 2017.

PSG boss Mauricio Pochettino is keen to be reunited with the 28-year-old, whom he managed during his time in north London.

The two enjoyed working together, says the story, and adds Spurs will be willing to accept an offer in the region of €12m.

This will also fulfil Aurier’s desire to play for PSG again, after the Ivory Coast international was on the books in Paris from 2014-2017.

– Barcelona and Real Madrid are going to battle it out for Argentine youngster Gonzalo Sosa, reports AS. The 16-year-old recently impressed in a friendly for Racing, which has improved his chances of a big move. Los Blancos were the first to scout the attacking midfielder, but Barcelona are now looking to bring him in. Meanwhile, the likes of Paris Saint-Germain, Manchester City and Bayern Munich are keeping an eye out.

– Dortmund are keeping an eye on Liverpool attacker Divock Origi, says Football Insider. The Reds were asking for around €25m in January, but the outlet suggests an offer of €15m could be enough for BVB to sign the Belgian. The 25-year-old has scored some big goals for Liverpool in the past, but has hardly played this term and hit the back of the net just once.