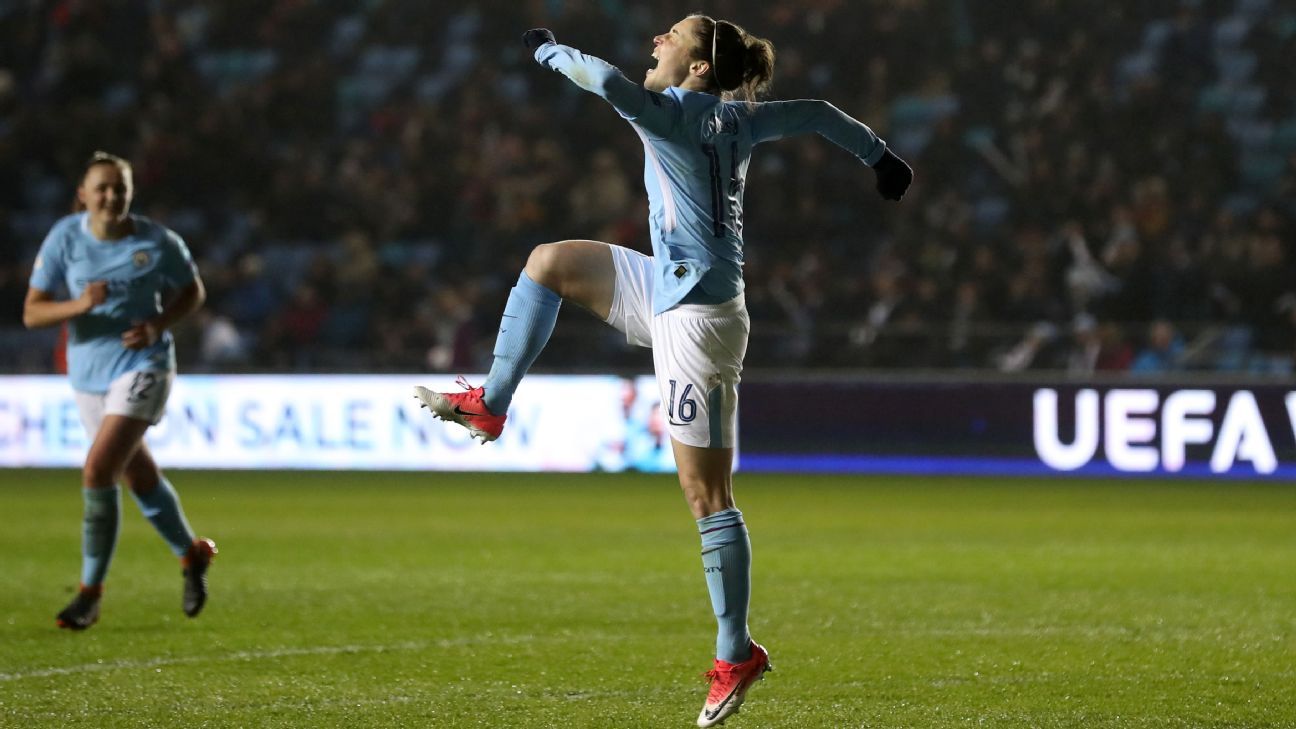 
Manchester City cruised into the semifinals of the Women’s Champions League with an emphatic 7-3 aggregate victory over Swedish side Linkopings.

Leading 2-0 from last week’s home leg, City raced into a four-goal first-half lead before running out 5-3 winners on the night.

A brace early in the second period from Marija Banusic, including one from the penalty spot, salvaged some pride for the hosts.

City, aiming for a first European trophy, restored their three-goal lead when Izzy Christiansen volleyed home Nikita Parris’ cross, before Tove Almqvist pulled another one back for the Swedish champions.

How to get married and play in a semifinal on the same day!
Mourinho’s first year with Tottenham showing signs of success
Pique knee injury leaves Barcelona in defensive woe ahead of Champions League
Man City turn to Spurs striker Harry Kane?
Juventus vs. Ferencvaros – Football Match Report – November 24, 2020