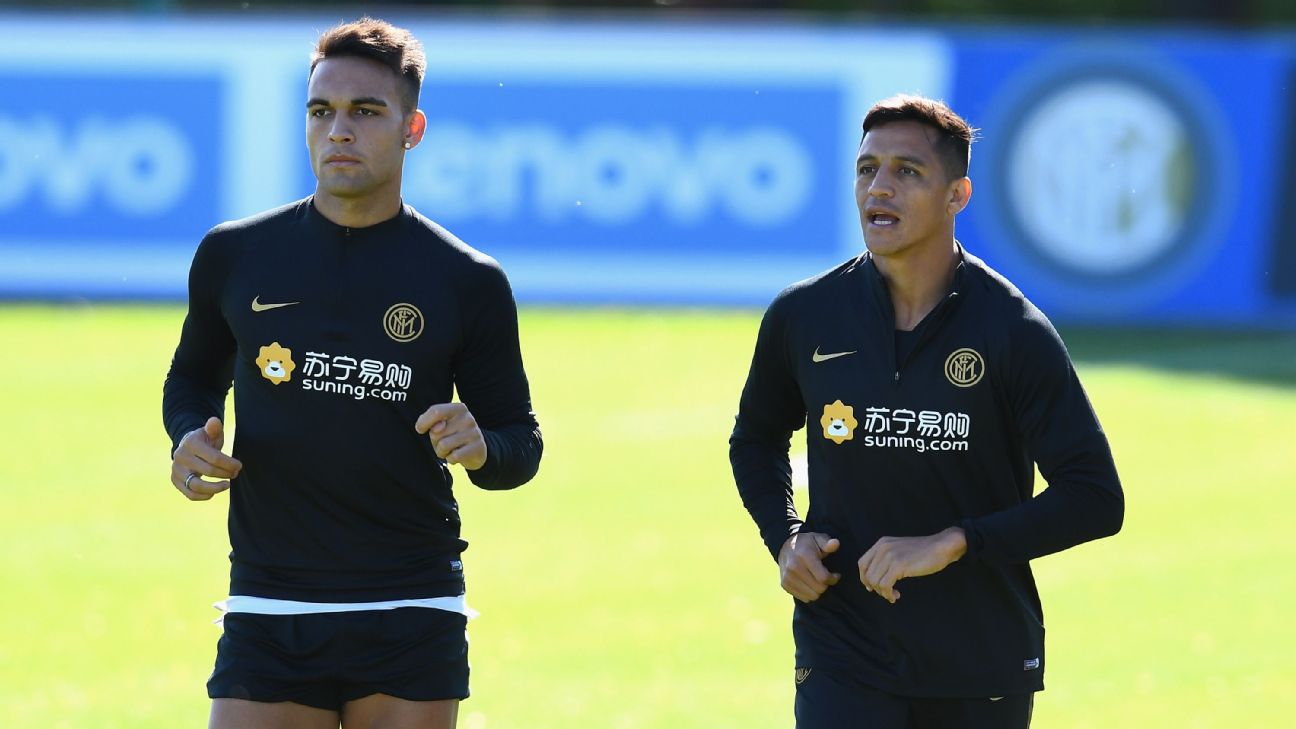 
Inter Milan sporting director Piero Ausilio has said on loan Manchester United forward Alexis Sanchez still has a future at the club, despite an underwhelming campaign in Italy.

The Chile international joined the club on a season-long loan at the beginning of the 2019-20 campaign, but injuries and suspensions have restricted him to just one goal in 15 appearances in all competitions.

Sources have told ESPN that Inter are among the sides interested in signing out-of-contract Paris Saint-Germain forward Edinson Cavani, but Ausilio has suggested good performances from Sanchez for the remainder of the campaign could change their thinking.

“Edinson is not a priority simply because our attack is formed of [Lautaro] Martinez, [Romelu] Lukaku and Sanchez,” Ausilio told Sky Sport Italia. “The latter, above all, now has the chance to show his worth and we will evaluate the situation.”

Argentina international Martinez is a prime target for Barcelona once the transfer window opens, but Ausilio has said the only way the forward will be sold is if his €111 million release clause is met within the next six weeks.

“We have invested a lot in him since he was very young,” Ausilio said. “In these years, he has grown a lot and will continue to thanks to [manager Antonio] Conte, the system and a strike partner such as Lukaku.

“He is an asset for the club. There is a clause which would see him leave if met, but the expiry date is July 7.

He added: “Inter have no need to sell, nor do we want to sell our best players. We want to reinforce. I know they [Barca] are [interested], but we have not entered any negotiation because they know our desire.

“I envisage Lautaro here at Inter. Besides, he still has three years remaining on his contract.”

Another player heavily linked with a move to Inter is Barcelona midfielder Arturo Vidal, who worked under Conte at Juventus from 2011 to 2014, but Ausilio said the centre of the park is not an area they are focused on strengthening.

“Vidal in this moment is not a possibility,” Ausilio said. “Our midfield is strong.

“We want to improve it with the growth of talents such as [Nicolo] Barella and [Stefano] Sensi. There’s also [Christian] Eriksen, who just needs time to settle in better.”

Serie A announced it would return on June 20, with the Coppa Italia semifinal seconds legs, involving Inter, AC Milan, Napoli and Juventus to take place prior on June 13 and the final four days later.

Milan said they were unhappy about this decision, with sources having told ESPN Inter shared their neighbours’ views.