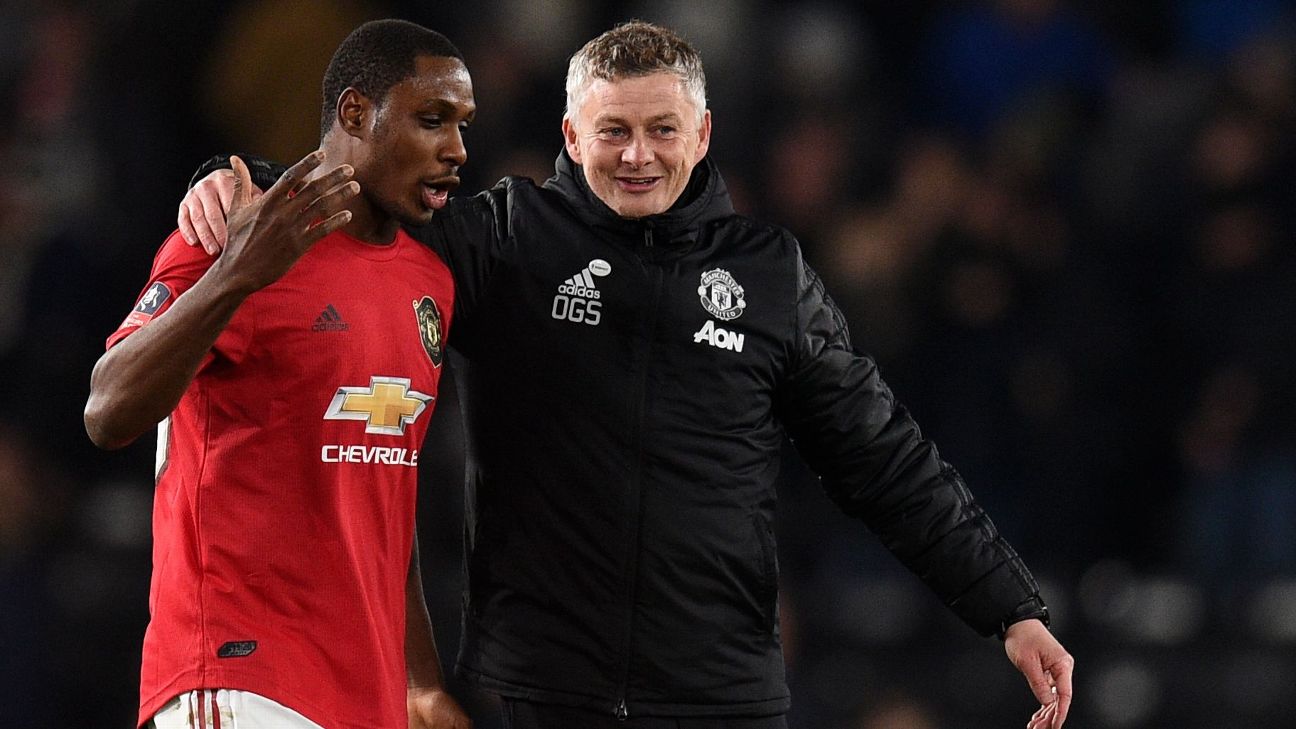 
Ole Gunnar Solskjaer is satisfied he does not need a striker this summer following Odion Ighalo‘s loan extension and will instead focus his attention on signing a more versatile forward, sources have told ESPN.

Manchester United have agreed to keep Ighalo until January 2021 after a successful initial spell, prompting plans to add another centre forward in the next transfer window to be scaled back.

Anthony Martial and Marcus Rashford can also play up front while Solskjaer is keen to continue giving opportunities to youngster Mason Greenwood, who has scored 12 goals in his breakthrough campaign.

United have monitored Timo Werner, Moussa Dembele and Harry Kane but efforts to sign at least one of Jadon Sancho or Jack Grealish — both of whom can play across the front line — will be prioritised instead.

The club are still waiting to discover the extent of the financial implications caused by the coronavirus pandemic but sources have told ESPN there will be money to spend and Solskjaer will be allowed to strengthen his squad ahead of next season.

Executive vice-chairman Ed Woodward has said publicly he does not expect £100 million transfers in the next window because of the COVID-19 outbreak but Sancho and Grealish are expected to be available at the right price.

Both fit Solskjaer’s profile for permanent signings being British and under the age of 25.

Meanwhile, United are yet to make a decision about the short-term future of Marcos Rojo despite suggestions by Estudiantes coach Leandro Desabato that he is set to return to Old Trafford.

Rojo has played just once for Estudiantes since returning to Argentina on loan in January.